10 facts about Enugu worth knowing by visitors 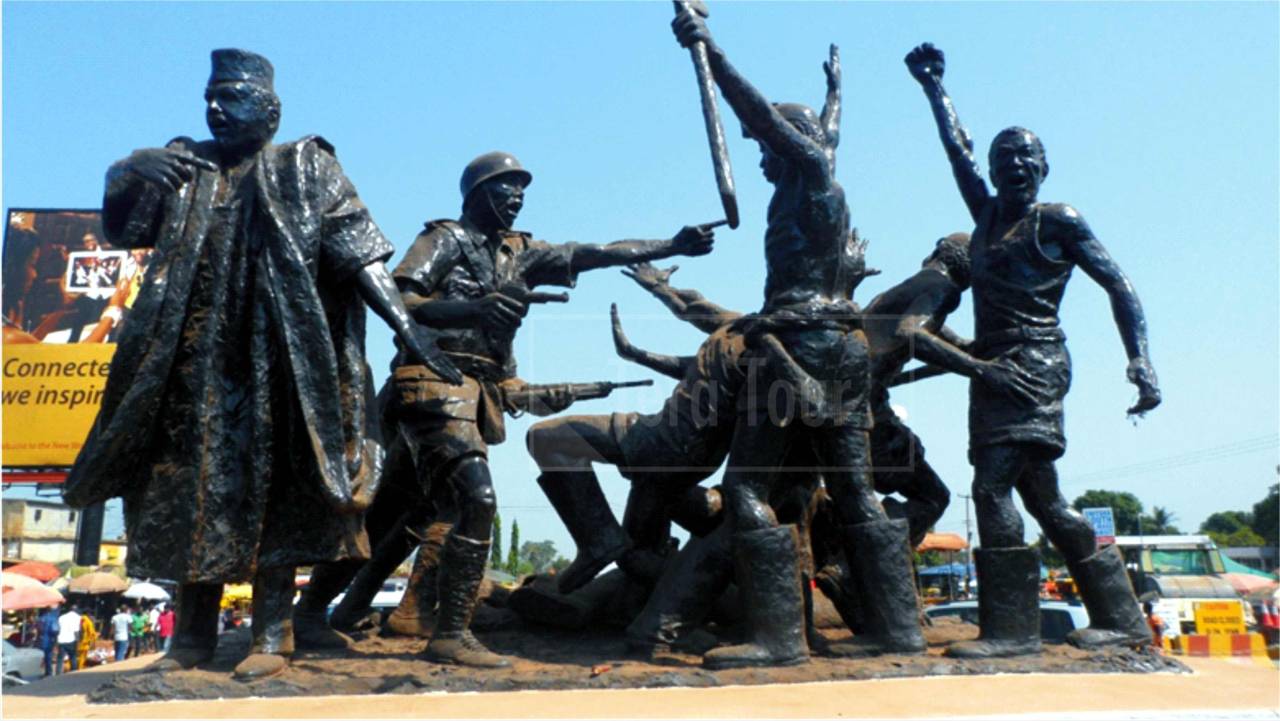 Here are 10 facts worth knowing about the Coal City that demonstrate the historical importance and political relevance of Enugu, the capital city of Enugu State, Nigeria.

1.What does the name, Enugu, mean?

Enugu is short for Enu Ugwu, an anglicization of two Igbo words, which means “top of the hill” – or “hilltop” as is more popularly rendered. The anglicization and compression into one word (Enugu) was done by Europeans who could not pronounce the Igbo alphabet “gw” (same sound as “Gw” in Gwen). Enu Ugwu aptly describes the location of this historical Igbo town which nestles atop one of the escarpments of Udi Hills. The city itself is not on the hill though; most of the city began from the Iva Valley and its adjoining areas that were designated as Government Reserved Area (GRA) and Coal Camp (Ogbete). It was from these basic locations, that the metropolis began to extent deeper into Nike in the North and East, Awkunanaw in the South and towards Ngwo in the North.

2. Why is Enugu called the Coal City?

Enugu began as a coal mining town following discoveries of huge coal deposits along the Iva Valley parts of Udi Hill. It is little surprise that its Igbo name means “hilltop”, as the landscape is covered in lush tropical vegetation, harboring many coal reserves famous to the region.

3. Is Enugu the capital of Eastern Nigeria?

It was. Enugu served as the political capital of the Eastern Region from the colonial period up until the advent of the Nigerian Civil war (1967) when the region was divided into States to weaken a breakaway republic known as Biafra. As the region progressively fragmented through political balkanisation, Enugu’s sphere of influence further reduced. It became capital of East Central State after the Nigerian Civil War (1967-1970). Enugu became the capital of (old) Anambra State when East Central was split into Anambra and Imo. Old Anambra was also broken down again into Enugu and Anambra State, with Enugu serving as the capital of the State with the same name.

4. What important cultural events can one attend in Enugu today?

There are three major art-related intellectual events that take place weekly, monthly and annually in the Coal City. The Enugu Literary Society is one of the societies that hold reading sessions every other Saturday week. Nkata Umu Ibe (kindred conversations) is a monthly townhall of Igbos where issues affecting the development of the South East Region and its people are interrogated. Life in My City Arts Festival is a November annual gathering of young artists from all over the nation to showcase their works. In addition, there are social art events such as Mmonwu (masquerade), ifejioku (new yam) and other local festivals that hold powerful attraction to indigenes as well as their visitors from all over the world.

5. Does Enugu have an international airport?

Yes. The International Airport is certainly one of the 10 facts worth knowing about Enugu. International visitors flying to Southeast Nigeria have direct routes to the Akanu Ibiam Airport Enugu (ENU). For now, travelers seeking to fly direct to Enugu have only Ethiopian Airlines as an option. The airline operates four weekly flights to ENU. There are reports that Qatar Airways is planning to fly the route too. The airport was however closed to traffic on 24 August 2019 to reconstruct a failing tarmac. The first international flight to the airport after the rehabilitation was on 1 October 2021.

6. What other popular attractions can one find in Enugu State and Enugu City?

Visitors looking for adventure can go on a guided tour of historical and natural sites in Enugu such as the coal mines, the caves and many waterfalls doting the local landscape. The more developed popular caves and waterfalls include Awhum and Ezeagu Waterfalls and Caves. For arts connoisseurs, there is a blossoming arts and music scene (see 4 above). For family picnics, Polo Park was the preferred outdoor destination for family fun but it has now been replaced by a modern complex comprising shopping malls, a food court, and a cinema viewing centre where families can also have indoor fun. Families can enjoy outdoor fun on the grounds of Nike Lake Resort Hotel – with its natural lake which features boat rides and vast grounds that are perfect for family picnics. Visitors can also marvel at historical monuments such as the Eastern region Parliamentary building, the old Cabinet Building, the Old Governor’s Lodge, and the building first occupied by Dr. Nnamdi Azikiwe, Nigeria’s first President, when he was Premier of the Eastern Region.

7. Are there recreation centres for children in Enugu?

There are many recreation centres in the City, including Jan Glover rides at old Polo Park and Oakland Park hotel. Many hotels feature swimming pools while two radio stations organize shows for children during popular festivals (Christmas and Easter).

8. Are there world-famous Nigerians from Enugu State?

Enugu has produced world-class engineers and jurists, including a former president of the World Court, late Justice Daddy Onyeama. Enugu judiciary used to be a popular destination for tapping Supreme Court justices in Igbo land with the likes of Onyeama, Justices Augustine Nnamani, Anthony Aniagolu, Dennis Onyejife Edozie, and the current occupant of Enugu origin, Justice Chima Centus Nweze. Prof. Bart Nnaji is a world-renowned robotics engineer from Enugu State. On the political front, the creation of Enugu State was given traction by the spirited efforts of Chief Christian Onoh, while Prof. Ike Ekweremadu has the distinction of being the longest serving deputy president of the Nigerian Senate, winning his last tenure as an opposition legislator. Other popular names include Chief Jim Nwobodo (former Governor of old Anambra State), Chief Ken Nnamani (former President of Senate).

9. What famous national menu is patented in Enugu?

The local stew for pastes (notably garri and pounded yam) made in Enugu include achi, ukpo and akpalata stews. Enugu is also famous for okpa, the delicious paste made from bambara seed. The corn flakes made like salads (called abacha) has many varieties as patented by people of Enugu West . Both the Enugu Okpa and abacha flakes have gradually transformed into national menus enjoyed by all tribes.

10. Is Enugu an industrial hub in Igboland?