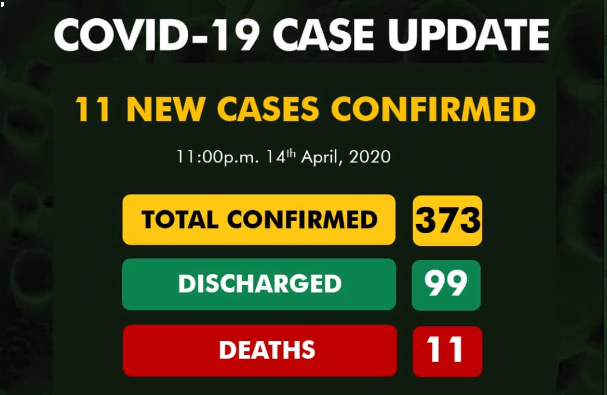 “As at yesterday 14 April, 203 (70%) of the cases so far reported in Nigeria are still being actively managed, while 99 persons (representing 27% percent of all cases) have fully recovered and have been discharged.“

The Nigeria Centre for Diseases Control (NCDC) reported last night that one more Covid-19 patient has died while 99 persons have so far survived the virus attack and have been discharged.

It also reported 30 new cases of Covid-19 altogether during the day.

At 9.20 p.m. NCDC reported 19 new cases from Lagos (14), FCT (2), and one case each from Kano, Akwa Ibom and Edo. Barely two hours later, another 14 cases of confirmed infections were announced from Lagos alone, bringing the day’s total to 30 Covid-19 infections.

As at yesterday 14 April, 203 (70%) of the cases so far reported in Nigeria are still being managed, while 99persons have fully recovered and have been discharged.

Lagos has consistently led the most infection reports and today stands at 214 confirmed cases which is more than half of total reported infections in Nigeria.