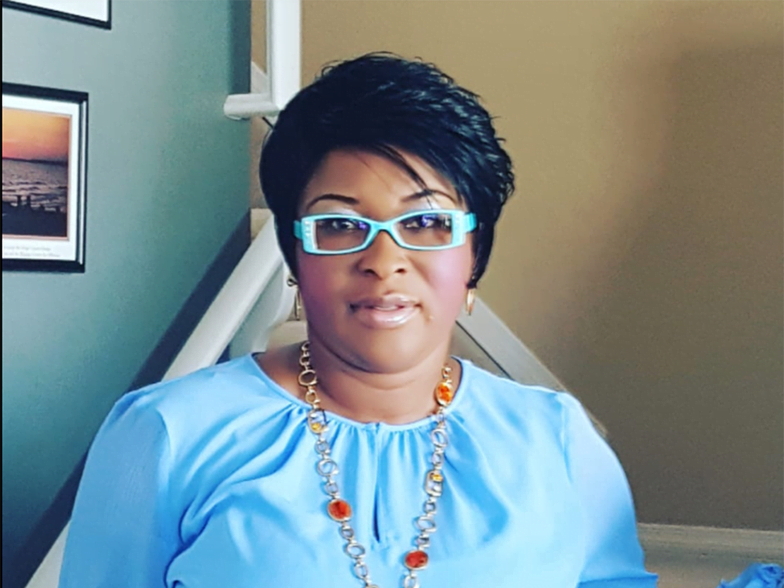 A Nigerian woman, Deborah Onwu (47), who works as a youth social worker in Calgary, Canada, was last Friday 25 October 2019 stabbed to death in the course of attending to her client.

Calgary Police have arrested an 18-year old who has been charged with the murder and will appear in court on 1 November 2019.

In a Facebook entry on 31 January 2015, Deborah said she began working at Wood’s Homes in January 2015, moving from Toronto to Calgary. Woods Homes is a children’s mental health centre that provides treatment to children, youth and families.

Her body was found at the assisted living facility residence in the 1800 block of 27th Avenue S.W. where she worked, around 2:45 a.m., Police said.

She was described by colleagues as very professional and very likable.

“Debbie was a well-liked and well-respected colleague. She was hardworking and devoted to a career of helping. There are no words to describe the sadness our work family is feeling today,” a spokesperson for Wood’s Homes said in a statement.

Although no arrests were made at the scene, it took police just two hours to locate and pick up the 18-year old suspected of the murder.

The suspect, Brandon Jacob Spencer Newman, has been charged with second-degree murder in Onwu’s death.

He will remain in Police Custody until 1 November 2019 when he will appear in court.

Deborah was providing care for Newman who was said to have been living in the facility for several weeks, according to Police Sergeant Martin Schiavetta.

Her company said it will cooperate with police as well as the office of occupational health and safety in their investigations, in addition to providing counseling support to staff who have been traumatized by the murder.

“Everyone at Wood’s Homes is deeply impacted by this recent tragedy. Our thoughts and prayers are with all involved including the victim’s family and our many staff,” said Wood’s Homes spokeswoman, Sylvia MacIver.

In 2017, Deborah was given a 5-year anniversary special recognition by the Calgary Society for Persons with Disabilities for her work as a relief residential support worker.

Her citation reads as follows:

“She can always be counted on to help out in a pinch. Debbie has great relationships with everyone she interacts with and is known for being a pleasure to work with.

“When it comes to embodying CPSD’s values and what it means to be an outstanding staff member, Debbie is undoubtedly a role model.”

The social media in Nigeria has been putting out speculations that Calgary Police is looking for relations of Ms. Onwu, whose surname suggests either Igbo parentage or associatiom by marriage, to claim her remains.

This social media claim, however, has not been supported by any of the statements so far credited to both Wood’s Homes and the Calgary Police.