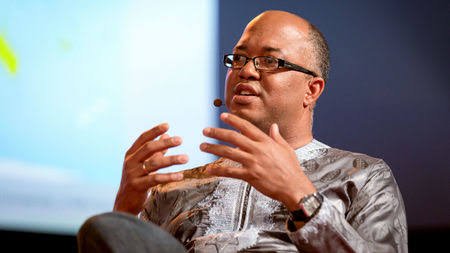 A total of 816 Nigerians die from the recent cholera outbreak that has now spread to 22 States, NCDC says.

Over 31,000 people have so far been infected nationwide, Dr. Ihekweazu said.

State Health authorities in Enugu had confirmed that Cholera is in the Coal City, following reported death of seven persons.

We reported that Cholera is in Enugu

NCDC recently issued an urgent call on state governments to step up their response to manage the outbreak.

“The long-term solution for cholera control lies in access to safe drinking water, maintenance of proper sanitation and hygiene.

“We continue to advocate to State Governments to prioritise action for solutions that ensure access to and use of safe water, basic sanitation and good hygiene practices in communities.

“Additionally, we urge Nigerians to keep their environments clean, only drink or use water that is boiled and stored safely, ensure food is cooked and stored in a clean and safe environment, avoid open defecation and wash their hands regularly with soap and running water.”

“Cholera is preventable and treatable; however, it can be deadly when people who are infected do not access care immediately.

“Nigerians are advised to visit a health facility immediately, if they have sudden onset of profuse watery diarrhoea, nausea, vomiting, and weakness.”

The Johnson and Johnson brand is the first single-shot vaccine developed in the fight against the global pandemic.

The vaccine is reputed to be 85 percent effective in preventing severe disease.

It is also said to protect against COVID-19 related hospitalization and death, beginning 28 days after vaccination.

Nigeria is targeting 29 million people to be vaccinated, and will roll out 176,000 doses this Monday,16 August.

Also, food and drug regulator, NAFDAC, admitted responsibility for delays in rolling out Moderna vaccines donated by the US Government.

She dismissed speculations that the delay had anything to do with vaccine quality.