The Emeka Oparah story at Airtel reads like a fairy tale 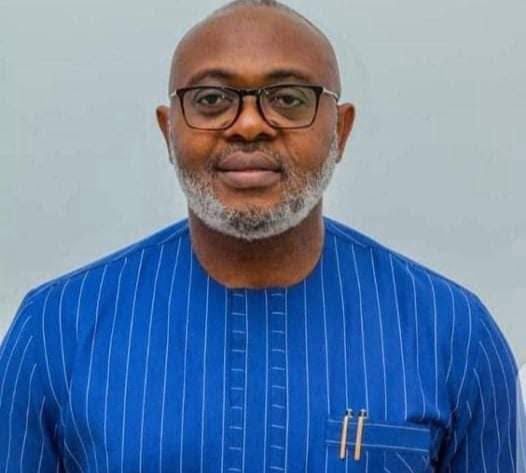 Nwakanma, former Chair of Association of Public Relations Consultants of Nigeria, is CEO of The Brandhaus Communications Ltd

The high decibel celebration of Emeka Oparah as Vice President of Communication and Corporate Social Responsibility Airtel Africa is helpful and heartwarming.

Oparah’s elevation to the high office has richer and broader significance than the social optics. It is a milestone and forerunner in the public relations arm of Nigerian IMC.

A trailblazer among giants

As VP Comms and CSR Airtel Africa, Oparah will coordinate Airtel’s reputation management in 14 countries. He is the director to whom other directors report.

Emeka Oparah is now the highest-ranked public relations executive in Nigeria. He joins the pantheon of greats such as Sir Alex Nwokedi, Mazi Mike Okereke, who the Public Relations Society of America recognised with a lifetime achievement award, Victor Ogundipe, who changed bank public relations in Nigeria, and Prof Pat Utomi, who bestrode public relations at Volkswagen of Nigeria and rose to the top executive post.

Before him were Obi Emekekwue at Afriexim Bank and Victor Oladokun at the AfDB.
There are many others. The difference is that they all managed in-country operations. Oparah’s is continental.

Emeka’s work at Airtel is compelling justification. In appraisal terms, he scores Exceeds.

What did Emeka Oparah do at Airtel?

He deployed PR as the lodestar in the IMC mix. During many seasons, the efficacious public relations of Airtel gave it more share of voice than its budget could fetch. He was first-line and upfront in building the Airtel brand and its previous incarnations. They include Econet Wireless, Vmobile, Celtel, Zain and Airtel.
Oparah grew his portfolio to the highest level in the Career Roadmap as outlined by the International Association of Business Communicators (IABC). The steps are Foundation, Generalist/Specialist, Strategic Advisor and Business Leader.

IABC says, “A Business Leader plays a crucial role in shaping the organisation’s future by advocating for promising people, programs, and ideas that align with the organisation’s direction. They lead the application of the principles within their organisation and hold the leadership to account.

Business leaders develop competence in several areas and are well-regarded in the profession, often operating in a global, national, or regional role. They effectively represent the organisation on critical strategic issues and contribute counsel, coaching and function at a peer level with other senior executives.”

As a business leader, Oparah contributed several times to get the best possible deals for Airtel by deploying his rich Rolodex and networking. One instance was a confluence of need and opportunity. The company needed to pass cables through Lekki Phase 1 to its data centre. The residents association would not hear of it. The alternative would cost millions of dollars. Oparah activated his network, found that the association had a pressing need to equip the Police Station and got Airtel to back them as CSR and community relations. The association reciprocated. It was one blow, seven akpus in a positive sense.

This man works hard and plays hard. His trajectory is a lesson in Managing Your Senior Direct Report. He successfully managed about seven CEOs, handling their peculiarities while focused on the umbrella brand.

Significantly, Emeka Oparah made a case for public relations in corporate management. The Division he led became integral to the direction of the company.

A survey by PRCAN in 2014 under my leadership showed that member agencies offered services in 21 specialisms of public relations. They include advocacy, brand building, behaviour change communication, corporate communication, community relations, consumer PR, crisis and risk communication. Others are digital and social media, documentation, government relations and lobbying, internal relations and employee communication, media relations, reputation management and tracking, research and issues management, CSR and more. My upcoming book has the details!
The Emeka Oparah-led Corporate Comms team at Airtel managed to cram many of these into its armoury.

Under Oparah, Airtel worked harmoniously with external counsel. He managed The Quadrant Company, Blueflower Limited and CMC Connect.
Oparah brings vast experience, knowledge, and exposure to his portfolio. Airtel just made a winning bet. I am confident that he will acquit himself creditably and confirm public relations as a strategic and essential management discipline in this century.

Emeka Oparah deployed his savoir-faire in public relations to build two brands outside of work. They are the clothing line Ethelberts and the social media spoof Mofeto Miracle Church of Latter-Day Saints! Talk about having fun while you work.

God speed, brother. I toast to your success.