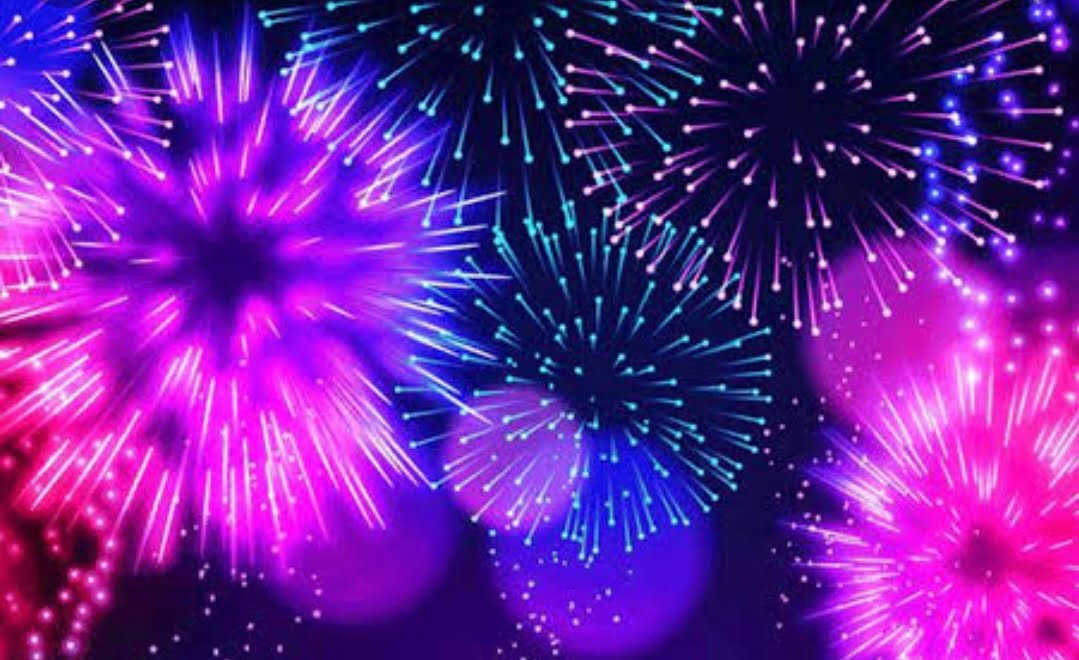 Prof Pat Utomi encourages us in a New Year message to arise and make 2022 a year of citizen awakening to save Nigeria.

The renowned Prof. Pat Utomi is chair of the NCF and self-describes as leader of the shadow government in Nigeria. This was his New Year message for Nigeria in 2022

As we cross over from 2021 to 2022 there is much to thank God for in spite of a surge in COVID infections, inflation eating away the income of poor Nigerians just as global supply chain crisis and problems at the Ports were compounding the woes of manufacturers and traders ; and insecurity was making farming and food security the worry of the year.

In joining fellow compatriots in Thanksgiving, I would particularly like to pay tribute to the emergence in 2021 of an a new crop of patriots in politics and civil society who seem to have recognized a desperate need to Save Nigeria from challenges that have brought our dear country to the edge of a political and economic precipice.

Movements like NCFront, RNP, The New Fabian Society of the Concerned Professionals, and emerging coalitions of alternative track political parties have provided hope in a time of gloom and despair as the country goes borrowing everywhere with the unfortunate tag of the poverty capital of the world. The collaboration of these groups to deepen our democracy with the idea of a Shadow Government marks for me a call for national renewal.

There is no question as I reflect on this that 2022 is the year of citizen awakening to save Nigeria. The promise of Nigeria in 1960 was the promise of peace and prosperity for all of its people, though tribe and tongue may differ but in brotherhood they would stand to shine the light to lead Africa out of serfdom.

A year of citizen action

As we cross over I want to call out all patriots to recognize that 2022 is the year to stop sitting on the fence and take action. Nigeria can and must rise up again but it will take patriots and true citizens willing to take on the fight for a new Nigeria as freedom is not served a la carte but taken by a bold generation responsible and accountable to a future foretold.

The future foretold has been setback by bad politics and poor economics. But we must now say no to the entrepreneurs of politics who have brought shame to the arena of politics as service on which our founding fathers like Chief Obafemi Awolowo, Sir Ahmadu Bello, Dr Nnamdi Azikiwe, Dr Michael Okpara, Prime Minister Tafawa Balewa and others, erected the foundation of our beloved country. If millions of us have to get on the streets in the manner of the Orange or Pink revolution. to make the dream of a more desirable Nigeria that Fela Durotoye often envisions in his motivational exercises then that we must do. We owe this duty of transforming Nigeria to our children because, in a sense we have been accomplices in the undoing of their future.

George Orwell declared long ago that those who elect corrupt politicians, impostors and thieves are not victims but accomplices. In allowing those who loot our treasuries and use the war chest to brag about being ready to be elected we are accomplices twice over and need to make reparation in committing to vanquishing of money politics.

How did we get here?

The sorry pass through which we got to this fork of the road where Sony Okososuns sang ‘Which way Nigeria’, the Quo Vadis challenge, took us from excesses in the struggle of independence era politicians to bring progress along ethnic nationality lines. This fanned violence that led to military intervention. With that intervention and Oil price blow outs came state capture and many of the negative dispositions of what I have often called the regrettable alchemy of Soldiers and Oil.

Thankfully, even in the most challenging of times we have had patriotic proddings to change course. General Olusegun Obassnjo offered this as head of state when he turned the state away from profligacy asking us to cut our coat according to our cloth and not our size; and in another era it took the political savvy of a General Ibrahim Babangida to build the political imagination that skillfully began to pull us away from suffocating Dirigisme to trusting markets, a phenomenon much understudied but which may have saved us from the fate of Venezuela.
But a collapse of culture, manifested in the loss of a sense of service in the political class, pervasive corruption, unimaginative policy choices and problem solving modes that derive from compassion towards the people, have brought us to today’s troubles.

To reverse these ugly trends that have brought us to the insecurity we now experience, the dreadful poverty of so many who should not be poor , and national self-doubt, we need to address several issues.

These include a reconstruction of some critical institutions like political parties, our national value system, including a stout statement for the dignity of the human person, the electoral process and building elite consensus on a national economic strategy.

A make or break year

Nothing that currently stresses us in Nigeria was not predicted from the trends of the choices we made. Whenever I go back and read my own writings I feel like a prophet. Yet I know that I do not have the gift of prophecy. Those same trends that enabled me predict today, 20 years ago, indicate to me that the current crisis is an existential one if the forces of the division, exclusion and self love that govern the moment are not met with the resolve of patriots.

I believe that Nigeria is worth dying for and that 2022 is the time for citizens to throw down the gauntlet and reclaim their country from corrupt and shameless politicians.

We must stop being complicit in our own ruination by either failing to stand up for right or refusing to participate.

As such we must all arise and say this country is ours and these few do or die politicians in pursuit of narrow self interest must not be allowed through exclusion of women, youth, intellectuals and more honest people to extinguish the light of the promise of Nigeria..

The starting point of the struggle of 2022 has to be the explosion of some myths that inoculate citizen action. These myths are reified into poor grasp of reality by limited processing capacity of some in the media and analysts desperate for stereotypes to simplify the world.

A typical myth is that there are two major parties in Nigeria. That statement is fundamentally flawed and false. Neither of the two so called big parties, in their conduct, resembles the classic definition of a Political Party. At best they are election results hustle machines of clusters of power seekers .

Even as pale imitation of political parties they are not two but one. This is why crossing from one to the other is easy and can come up in several iterations in one political life.

Beginning of the end

When President Obassnjo tore up his PDP card it sang the nunc dimitis of that one. Just as when APC collected huge sums from its members as fees for forms for primaries that did not take place and members were requested to withdraw cases on the electoral abuse from courts with assurance of justice that never came. Even when APC governors hinted these fees would be refunded, nothing happened. Such pointed to a death of character in a party 419ing its own members and committing criminal acts recklessly with no apology.

We know that when character is lost all is lost. In those murky waters the APC died. Now it finds its President unable to sign democracy enhancing electoral laws for the fourth time and a convention that should be routine prove a difficult thing to arrange.

A great imperative of 2022 therefore must be the founding of one or two real political parties.

Allied to the myth of two dominant parties is that they control the votes.. Even the combination of free votes, induced and manufactured votes: through vote buying, thumb print manufactured votes, collation manipulation of votes which make them willing to bold face walking over the will of the people by refusing accent to electronic transmission of votes, fewer than a million votes, real and imagined, are cast to ‘elect’ the Governor of Lagos. Even at the level of total control in Lagos the number of those that voted for the incumbent in 2019 are fewer than those who voted for his predecessor in 2015.. Still, all the votes come to less than 10% of those eligible to vote.

As the Afrobarometer continuos polling provides evidence, our democracy is hemorrhaging and dying. We have a duty to fight to save it the way some of us who who matched for the end of Military rule committed to in the 1990s.

The tools of liberation

The tools of citizen response for the challenge of 2022 should, in my opinion, involve a massive commitment to Call Out; Recall; Litigate and March massively.

Earlier in 2021 I had said, while speaking to the Association of Professional Bodies of Nigeria, that the dignity of their profession takes a blow when a member of their body in government acts corruptly or incompetently. As such they should take the lead in calling out such a person.
Using technology to guage how constituents rate the performance of their elected officials, we plan to start Recalls of elected officials across the country. This may be the major feature of politics in 2022.

In 2022 we must implement a radical programme of calling out people who do wrong in office. People must litigate against institutions like INEC which in 2015 violated the laws in such ways as closing voters registration and other areas.

We need to assemble our best lawyers and litigate the many sources of injustice that make our system unstable by pushing the weak to despondency. Where power uses state capture to block progress we must call out the people unto the streets to protest of the scale of those in Ukraine during their struggle.
Beyond these initiatives to hold power accountable to the people all citizens have to massively recruit people currently none voters or activist to register to vote. If 12 million currently not registered to vote to register on a newcomer platform the game changer for Nigeria may just be knocking.

The idea of a shadow team of teams to provide practical accounting direction for the change we desire and develop policy options that an alternative leadership team can go to work with, without the long delay to put a government in place we saw in 2015 has proved a veritable organizing tool. Each MDA has a team that is a mix of experts, experienced leaders from politics or civil society and have two of the team act as spokesperson for team.

I want to conclude by inviting all Nigerians to take personal responsibility for making the dream
we seek come alive. The Ghanaian High Life musician Ben Brako reminds us that a society in which the politicians are richer than its business men is one doomed to disaster. We know he is right and we know that the politicians and some civil servants are richer than the businessmen. So how do we avert looming disaster. Only in taking personall responsibility for the change we want to see.