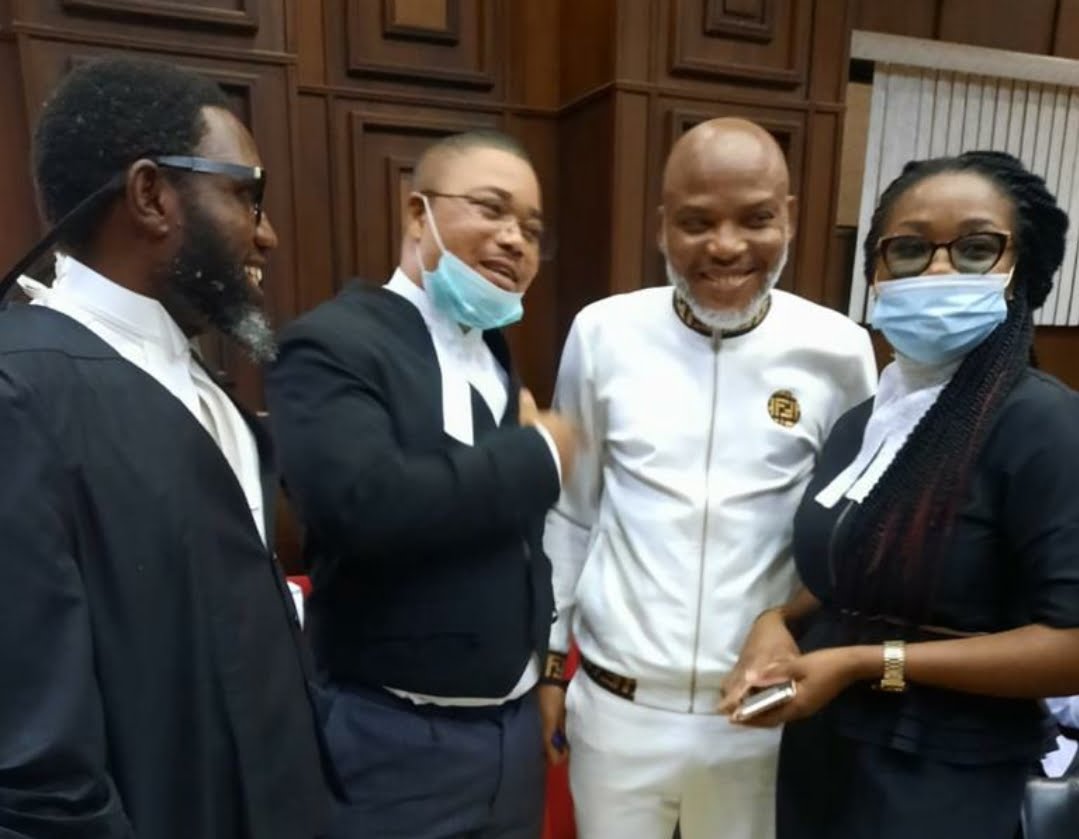 It was fascinating witnessing the sights and sounds at Nnamdi Kanu’s court hearing in the Federal High Court Abuja.

Security agents locked out important stakeholders from the trial courtroom at the Court session in Maitama Abuja today.

Dozens of lawyers as well as journalists, including those given prior clearance to observe proceedings, were barred from entering.

Representatives of notable Igbo groups including Bishops, traditional rulers and the Ohaneze Ndigbo were also barred.

The ban also affected Sen. Ifeanyi Uba and activist Omoyele Sowore, both of who claimed that they had a different matter to attend to as well.

Sowore said he had come to check whether the Government has charged him to court yet. The Senator said he was checking up on his application to the court for permission to visit Kanu in DSS custody.

The DSS were not impressed with their explanations.