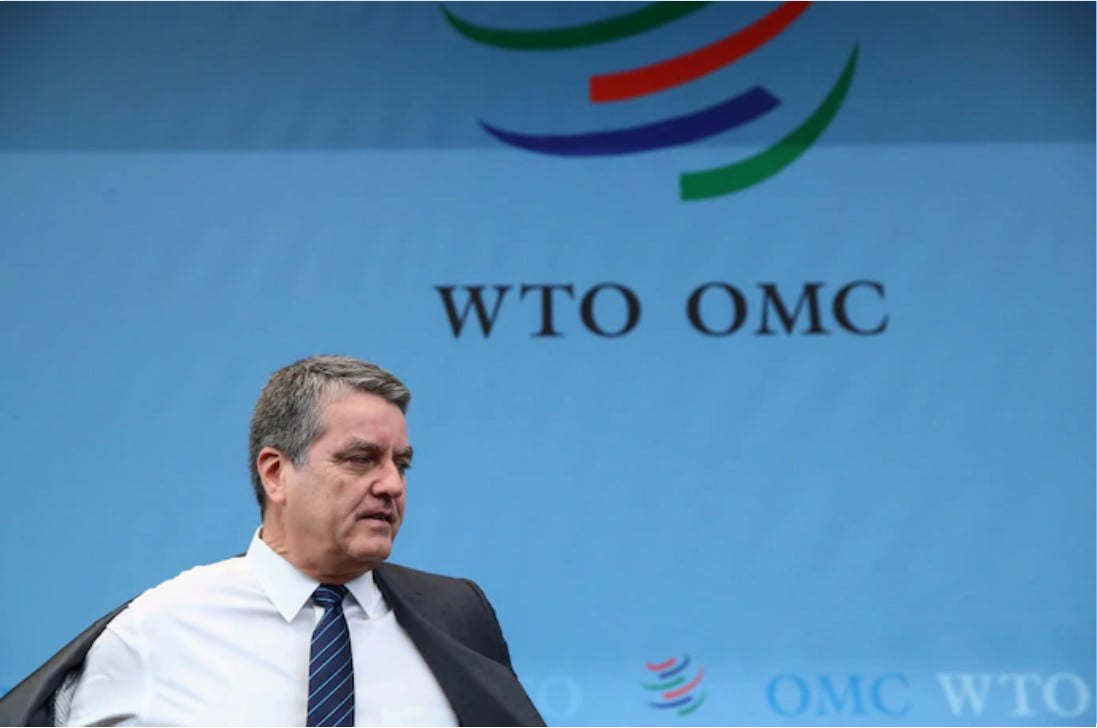 Africa nominates three candidates for selection as incoming director general of the WTO – and risks losing yet again.

The World Trade Organisation (WTO) now has three Africans battling for the top job of Director General, thanks to a last-minute nomination by Kenya.

This has once again complicated her chances as it did in 2013 when Kenya and Ghana refused to yield to each other and forced a saleable candidate to lose.

On 7 July – a date before official close of nominations, Kenya’s submitted the name of former Foreign Affairs and Trade Minister, Amina C. Mohammed, who joins Nigeria’s Ngozi Okonjo-Iweala and Egypt’s Abdel-Hamid Mandouh as the continent’s flagbearers.

Just before the window of nominations closed on Wednesday 8 July, the field of candidates suddenly widened from six to eight following two fast nominations from the Kingdom of Saudi Arabia and the United Kingdom.

Nigeria, Kenya, and South Korea nominated female candidates, following speculations that the WTO Council could either favour a woman or an African – two categories that have never held the position.

After a bruising and bitter election in the 1990s which resulted in two final candidates being given a three-year turn, the WTO decided on a saner system that allowed a leader to emerge by consensus.

Since 2003, three persons will be nominated to guide the selection process and gradually prune the number down until they can identify a name that can be forwarded as a consensus candidate to the General Council of the WTO.

Incidentally, the Kenyan candidate has served as chair of all three bodies in the past.

She contested the position of WTO director general with the departing director from Brazil and a Ghanaian, but could not succeed largely because Africa failed to unite around a single candidate.

Almost all of the candidates except for the Nigerian, have had extensive experience with the world body and, on the face of it, appear to have an edge over Okonjo-Iweala.

However, there have been general agreement that the body has not really raised its game and that a fresh pair of hands would be needed to make a change that works for all.

If the world insists on getting a fresh candidate rather than one who is an insider, the Kenyan’s candidacy may suffer another setback and the chances of the Nigerian candidate will brighten – if Nigeria is prepared to do the horsetrading required to push Okonjo-Iweala forward.

If the committee of three succeeds on the task and is able to find and present a consensus candidate, a new director general will assume office on 1 Septemer 2020. Should they fail at the task, the organisation said it would select one of its three deputy directors general to hold the fort in acting capacity.

Full biographies of the Candidates, as published by the WTO can be found here.

Ngozi Okonjo-Iweala, NigeriaNigeria’s candidate is a global finance expert, who has served as the country’s finance minister on two occasions. Okonjo-Iweala has been named one of the “eight female anti-corruption fighters who inspire” in 2019 by Transparency International, and in 2014 Time magazine said she was among the 100 most influential people in the world.

Mohamed served as Kenya’s foreign affairs and international trade minister between 2013 and 2018. In this role, she chaired the 2015 WTO ministerial conference in Nairobi — the first African to lead the highest WTO forum.

Minister for trade for Korea, Myung-hee was the first female to have the job and has held different positions that cover the same area. Back in 1995, she was in charge of WTO affairs at the Korean trade ministry.

Abdel-Hamid Mamdouh from Egypt has dual citizenship (he’s also a Swiss national). He is an WTO insider, having worked for more than a decade and half as Director of Trade in Services as well as in the investment division of the Organisation between 2001 and 2017

Liam Fox, United Kingdom is a former U.K. secretary of state for international trade and currently a lawmaker at the U.K. Parliament. He supports updating and reforming the WTO.  Prime Minister Boris Johnson says Fox will be able guide a global trading system that “truly delivers for all WTO members.”

Jesus Seade Kuri, Mexico is an economist who has been working for the Mexican foreign affairs ministry since 2018, Kuri was the country’s chief negotiator for the U.S., Mexico and Canada Trade Agreement, known as USMCA. Hopes for US backing since North America had never produced a DG

The East European Tudor Ulianovschi served as Moldova’s minister of foreign affairs between 2018 and 2019, and has been a diplomat for 15 years.