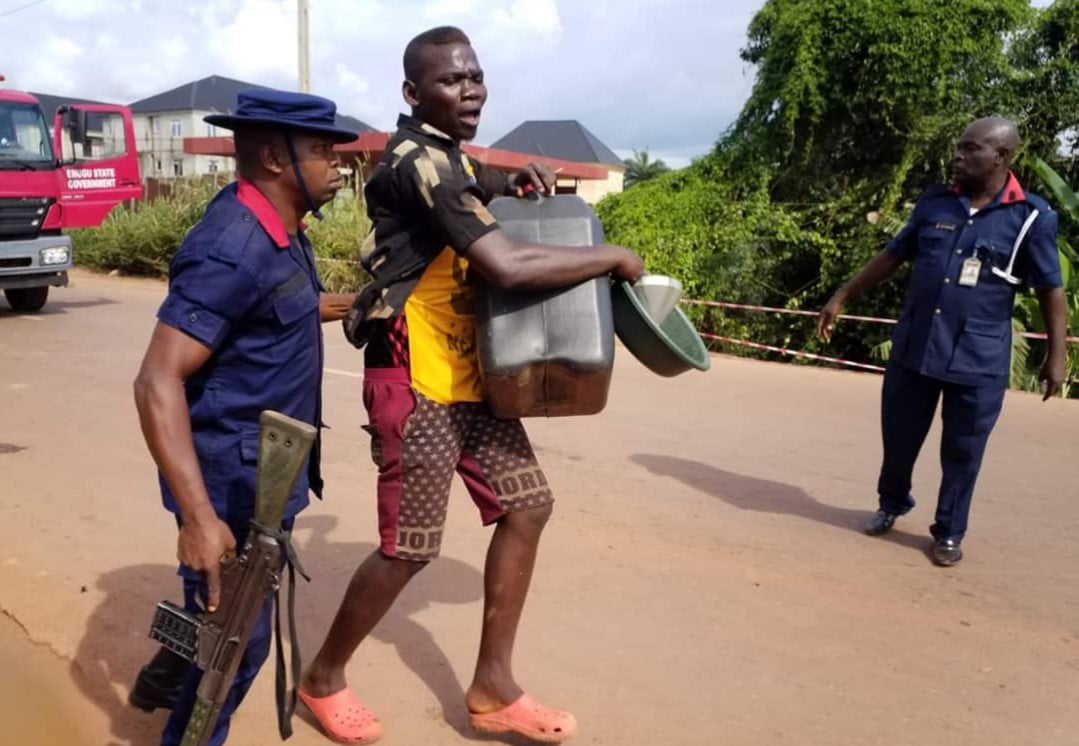 Security and state emergency officials yesterday averted a looming disaster when locals rushed with jerrycans to scoop fuel from tanker that fell near Eke Obinagu , a suburb of Enugu City.

In a joint operation coordinated by the State Emergency Management Agency, agents of the police, fire service, and national security defense promptly intercepted youths rushing to the fallen vehicle along the Enugu-Abakaliki highway to scoop fuel.

Mrs. Eneh had earlier in a public announcement warned off residents of the area from going near the fallen vehicle.

The swift reaction to the incident is informed by tragic incidents recorded in some parts of Niger Delta and Lagos States in the past when people made similar dashes to scenes of pipeline breakage or fuel tankers that fell on the highway. Poor people who rushed to the scenes ignited fires in their scramble and many were engulfed and consumed in the ensuing inferno.

In her statement, Mrs. Eneh advised against residents and road users scooping the content of the fallen tanker “in view of the inherent hazard associated with such unlawful act.”

Agents of National Security Defense were seen arresting foolhardy young men who chose to ignore the dire warning and were approaching the scene with containers to siphon or scoop fuel.

The agents were joined by officers of the State Fire Service and officials of SEMA to cordon the area and ensure that nothing untoward happened to the truck.

“The tanker is off the road and there’s no more obstruction,” Mrs. Eneh told Metro News a while ago, indicating that the danger has been fully managed.