“…in the
business of political gamesmanship, those who pay for media spins reap what they
sow, eventually, when truth rises to confront clever fabrications.” 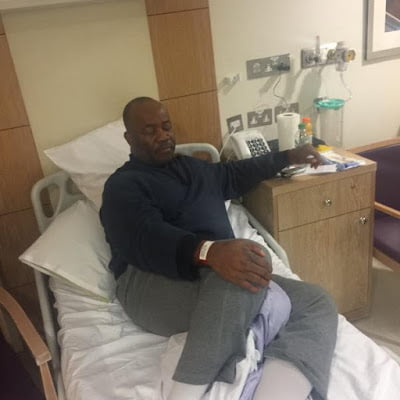 It was supposed to be a simple, straightforward
story.
Senator Godswill Akpabio (PDP, AKS), the immediate past governor of Akwa
Ibom State, was running late to catch up with an international flight. Who
knows whether it was on his prompting or his driver’s initiative that the
unfortunate crash happened when they sought to beat an Abuja red light?
Whatever
the case, it was a costly gamble as his vehicle crashed into a diplomatic car
said to belong to the American Embassy in Nigeria. According to reports, the
governor was rushed to the National Hospital where he was apparently treated
for shock. Thereafter, he was said to have proceeded on his journey abroad.
We have so far seen two sides to this story.
Those who approached the story objectively did so with facts
which made it easy for discriminating people to appreciate that this sort of unfortunate
accident can happen to the best of us when we are in a tearing hurry. When we
think the coast is clear and we are in a hurry, some will take the risk of trying to beat a
red light. There are laws in all developed countries that deal with this act of
irresponsibility – which indicates that beating traffic lights is neither a peculiar
Nigerian failing nor an exclusive preoccupation of our lawless “big men.” At
another level, if one is a security-exposed Nigerian public official, one beats
traffic lights as a matter of routine – as we deduced
when President Buhari reportedly admonished drivers in his convoy to obey traffic lights.
Those who slanted and politicized the Senator’s accident recognized
the act of lawlessness by Akpabio’s driver but gave it a spin, magnifying
the accident to make it look as if the ex-governor was at the point of death at
the National Hospital where he was rushed to, and creating the impression that he
was flown abroad (with air ambulance perhaps) as a result of his inability to
get proper treatment at the hospital. They also wove in the angle about the
international specialist hospital that Akpabio built but failed to patronize at
his point of need – as if it was better to ignore the National Hospital a few meters
(less than two minutes) away from the accident site and rather rush the man to an
Akwa Ibom hospital that is over 81 minutes by air (including distance from
accident site to airport) or takes about 9 hours to make the 643 Km distance.
In the social media, the story also ignored the fact that the governor was discharged a few hours after and walked out, unaided, from the hospital to enter his car and continue on his journey.
My interest on this story is the communication
angle. The Senator’s media handlers would appear to have successfully “killed”
the story in the traditional media because there are no more follow-up stories
on it. But they forget that stories are no longer killed in the digital age;
they resurrect with ferocious force in the online media where gossips and
fancies do a blistering jig, in the absence of facts. What is trending now is
that the governor was rushed abroad for treatment and this is supported by a photo
allegedly taken at a London hospital bed – all of which could have been
avoided if the Senator’s media handlers followed the story with facts delivered
to the public on the incident.
On this particular story, I don’t
particularly care how the ex-governor is being roasted in the social media – because
he happens to be a master of spin himself.
There are two lessons to learn from this.

In the
business of political gamesmanship, those who pay for media spins reap what they
sow, eventually, when truth rises to confront their clever fabrications.

Nigerian politicians like to gather around them men (and women) who are shrewd at recognizing potential
profit that can be made every time the boss puts his foot in it,  and who survive by continually telling the big boss what he
wants to hear, until the moment to make a killing inevitably arrives.

In the Senator Akpabio’s incident,
it would be better for this group of media handlers to seek to “kill” the story in the traditional media than to approach
this as a communication challenge that requires little or no
brown envelope to meet. These traditional media handlers (as I like to refer to them) are also able to get away with it because, after all, most Nigerian
public office holders are online media illiterates, so how would they know that
the ugly story they paid to kill will refuse to die and be buried?