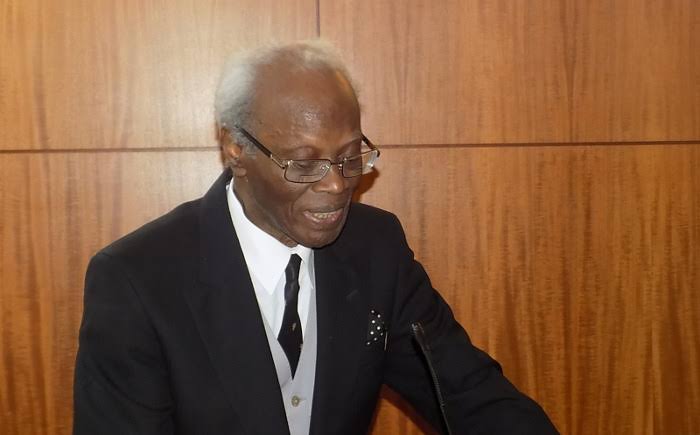 He reportedly gave up the ghost at a Maryland Hospital according to Embassy sources in Washington DC where he was serving as Nigeria’s top diplomat.

Nsofor, a retired Appeals Court Judge in Nigeria, was appointed by President Buhari to the Grade A diplomatic post on 13 November 2017.

Although old and feeble, news of his death left people with mixed feelings, as this is the second death of a US Ambassador in five years.

A spokesman for Buhari, Malam Garba Shehu, said in a statement this afternoon that the President spoke with Nsofor’s wife Jane.

The President also directed the Foreign Affairs Ministry to arrange for his burial.

Adefuye died at the tail end of his tour of duty. Neither the Embassy in Washington nor Nigeria’s Foreign Affairs Ministry has formally announced the death.

Malam Garba’s statement also gave an insight into why the President appointed Nsofor at 82 to become Ambassador to the US.

Buhari, he said, described Nsofor as “an outstanding judge of rare courage and truth who is not afraid to give justice to whom justice is due.”

Garba said the President was “apparently referring to the 2003 presidential election during which Justice Nsofor delivered a minority judgment as a member of the election appeal panel in favour of Gen. Buhari as candidate of the All Nigeria Peoples Party…”