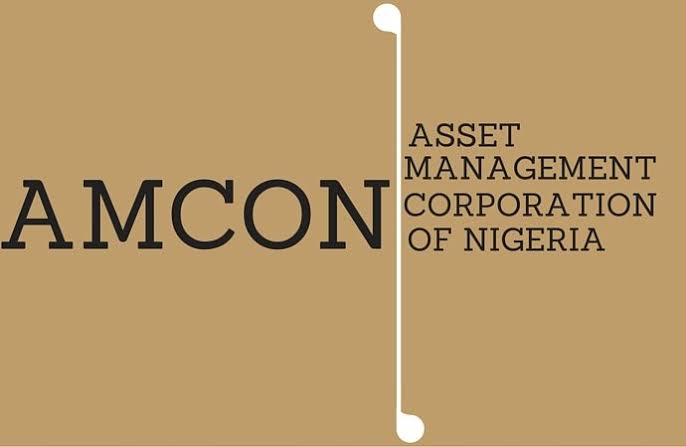 Attorney Chuma Uwechia takes on an aspect of AMCON amendment law dealing with property seizures that he argues as unconstitutional.

Chuma Uwechia, Esq, a New York-based Attorney, is admitted to both the United States Supreme Court and the Nigerian Supreme Court. He is the author of two Nigerian law books.

Before the National Assembly enacted the AMCON Amendment Act 2019 (“AMCON Act”), some legislators warned about the seeming constitutional challenges in the bill. And they are right because the Act abridged and deprived individuals of their civil liberties. It is also overly broad for ensnaring innocent directors who are not ordinarily debtors under company law, or any known commercial practice. In an attempt to solve the endemic issue of non-performing bank loans, the legislature trampled on the fundamental civil rights of citizens to enact the Act.

The 1999 Constitution of the Federal Republic of Nigeria (as amended) (the “Constitution”) rests on seven basic principles; popular sovereignty, limited government, separation of powers, federalism, checks and balances, republicanism, and individual rights. As it confers power on the three arms of government, it equally protects individual civil liberties guaranteed to the citizens against government actions. Admittedly, constitutional democracy is still a fledging experiment in Nigeria and the mindset of government officials is yet to be completely weaned from the autocratic tendencies cultivated and associated with the long era of military rule. This article will address in substance the constitutionality of sections 49 (1) & 50 (1) of the AMCON Act vis-à-vis the provision of Sections 34, 36, 37, 43 and 44 of the Constitution, as there is no known existing court decision or commentaries on these grounds.

Chapter IV: Fundamental Rights in the Constitution exists to protect the liberties of individuals. It protects the right to dignity of person (S.34), privacy of citizens, their homes (S.37), right to own immovable property (S.43), protection from expropriation (S.44.1), free speech, the right to due process and fair hearing (S.36), the right to counsel, and the right to be free from inhuman or degrading treatment (S.34.1.a), just to name a few.

These inalienable rights are regarded as being granted by the Creator, not by government, and more specifically, government cannot take those from you, except when you commit a felony and are convicted by a just process. If the executive through any act or the legislature through any bill tries to deprive an individual of one of those constitutional rights, even if for a very short length of time, the courts have inherent jurisdiction under section 6 of the Constitution to intervene and safeguard those rights.

Fair hearing concerns the procedures that the government must follow before it deprives an individual of his life, liberty or property, which entail at minimum: (a) notice, (b) an opportunity to be heard and (c) an impartial tribunal. The key question is, what procedures satisfy fair hearing in the context of the AMCON Act? An analysis of the germane sections of the Act will provide an objective answer.

The new section 49 (1) (vide section 15) AMCON Act provides that – “Where the Corporation has reasonable cause to believe that a debtor or debtor company is the bona fide owner of any movable or immovable property, it may apply to the court, before, or at the time of filing of action for debt recovery or other like action or at any time after the filing of action, and before or after service of the originating process by which such action is commenced on the debtor or debtor company, by motion ex-parte for an interlocutory order granting possession of the property to the Corporation pending the hearing and determination of the debt recovery or other action to abide the decision in such action.”

“Debtor or debtor company” is defined by the AMCON Act 2010 to mean any borrower, beneficiary of an eligible bank asset and includes a guarantor of a debtor, guarantor or director of a debtor company. But the 2019 amendment specifically restricted that definition to the liquidation and winding up under sections 51, 52 and 53. Consequently, the definition of debtor or debtor company for the rest of the Act is left undefined making the Act unconstitutionally vague and ambiguous.

Generally, an ex parte interlocutory order is used to preserve the status quo before a hearing on notice in matters of urgency. See the case of Nathaniel Adedamola Kotoye V Central Bank of Nigeria & Ors (SC. 118/1988) [1989] NGSC 44 (3 February 1989). Nnaemeka-Agu, J.S.C., explained that the paramount objective is to do justice to the parties, otherwise, it will run counter to the letters and spirit of section 33 of the Constitution of 1979 (now section 36 of the Constitution 1999 italics mine) and ought not be entertained. He also opined that the right to apply to set aside an order after it has been made can never be an equal right with hearing him before the order is made. There is a duty to preserve and protect the right of the parties before the court.

But sections 49 (1) and 50 (1) seeks to grant possession of moveable and immovable properties of a debtor or debtor company to AMCON without hearing the other side. The order of possession prescribed by the Act will do the opposite and upend the status quo. It gives the right to assert ownership and control over the properties to AMCON, after taking it away from the rightful owners in violation of the fundamental rights protection in sections 34, 36, 37, 43 and 44 of the Constitution. Since a debtor has been rightly or wrongly defined to encompass directors of the debtor company without more, this means that the personal dwelling residences of directors and other properties fall under such ex parte order for possession. Consequently, directors can be and are unceremoniously ejected from their homes and properties, and rendered homeless; while all their bank accounts in all financial institutions in Nigeria are frozen. Thus, their means of livelihood are impromptu removed, leaving them in an incredible disadvantage/limbo regarding funds to procure alternative temporary living arrangement and right to employ counsel, and subjects them to inhuman and degrading treatment contrary to their constitutional rights; all without being heard.

Meanwhile, the Constitution which is the superior law of the land protects directors personal right to property, dignity, privacy, fair hearing, and freedom from inhuman and degrading treatment. Since the goal of the ex parte interlocutory order is to preserve the properties and maintain the status quo, an interlocutory restraining order rather than a possessory order, will suffice, pending the hearing and determination of interlocutory motion on notice. The grant of ex parte possessory order undermines the independence and impartiality of the tribunal required in section 36 of the Constitution.

The issue really is not whether the constitution allows for pre-action steps in judicial proceedings, as has been wrongly framed by some appellate judges. It is rightly whether the procedures satisfy chapter IV – Fundamental Rights clause in the Constitution. The wrong issues were formulated in the case of American Specifications Autos Ltd. & Anor. V. AMCON Appeal, NO CA/L/66/2013 2017) LCN/10198(CA) quoting 7-Up Bottling Company Ltd. & Ors V. Abiola and Sons Nigeria Ltd. SC.191/1989. The cases did not analyze Sections 49 and 50 of the AMCON Act together with sections 34, 36, 37, 43 and 44 of the Constitution to determine the constitutional validity.

Further, the dictum that “if the supreme court can dispose of an application under S. 213 (4) of the 1979 Constitution, without oral hearing of the application, then I see nothing wrong or unconstitutional for a trial court to deal with an ex-parte motion under its rule,” is flawed. A Supreme Court judgement based only on review of the record and briefs from the lower court proceedings, adequately considers the facts and legal arguments to satisfy fair hearing.

In the persuasive case of United States v. James Daniel Good Real Property, 510 U.S. 43 (1993), the United States Supreme court ruled that the practice of ex parte seizure creates an unacceptable risk of error, since the proceeding affords little or no protection to an innocent owner, who may not be deprived of his property. That there is no pressing governmental legitimate interest at stake requiring prompt action, because real property cannot abscond. That a court can secure and prevent the property from being sold through measures less intrusive than seizure, such as restraining order and lis pendens notice to prevent the property’s sale. Since a claimant is already entitled to a hearing before final judgment, postponing seizure until after an adversary hearing creates no significant administrative burden compared to the injury occasioned by erroneous seizure.

Further, the AMCON Act is overbroad and overinclusive in bringing all directors of a debtor company within its definition of debtors, as it negatively ensnared directors who are not ordinarily debtors under the Companies and Allied Matters Act 2020 as amended (“CAMA”) or any known civilized commercial practice. It is the settled law that directors of limited liability company cannot be held personally liable for corporate business debts, except in certain circumstances where they provide personal guarantee, stand surety or for fraud under section 290 (c) of CAMA where it is acceptable to lift the veil of incorporation. And even in those limited instances, ejecting them from their immovable properties, no matter how temporary, must be pursuant to a final judgement. The right to one’s home is subject to significant constitutional protection. Being ordered out of one’s home on an ex parte basis deprives one of the privacy and security of his home without being heard. Only an ex parte restraining order prohibiting the transfer of assets can meet the constitutional justice of the case, especially where the immovable asset is not the subject matter of the lawsuit. The effect of entrenching the Fundamental Rights chapter in the Constitution is that it overrides all contrary provisions in any law of the land, be they substantive or adjectival.

It is vital to distinguish the Supreme Court cases of Nathaniel Adedamola Kotoye V Central Bank of Nigeria & Ors (SC. 118/1988) [1989] NGSC 44 (3 February 1989) and 7-Up Bottling Company Ltd. & Ors v. Abiola and Sons Nigeria Ltd. SC.191/1989, since the interlocutory orders of possession were against the company’s assets in receivership and not against the personal immovable properties of directors.

The role of courts

Lastly, courts have an inherent power under section 6 of the Constitution to ensure proper and effective administration of justice, and safeguard civil rights so that the streams of justice will remain pure and unpolluted. Accordingly, where a motion is made ex parte under the Act, the court may make, or refuse to make the order sought, or may grant an order to show cause why the order sought should not be made, or may direct the motion to be made on notice to the parties to be affected thereby.

Clearly, parts of the AMCON ACT are repugnant to the Nigerian Constitution.