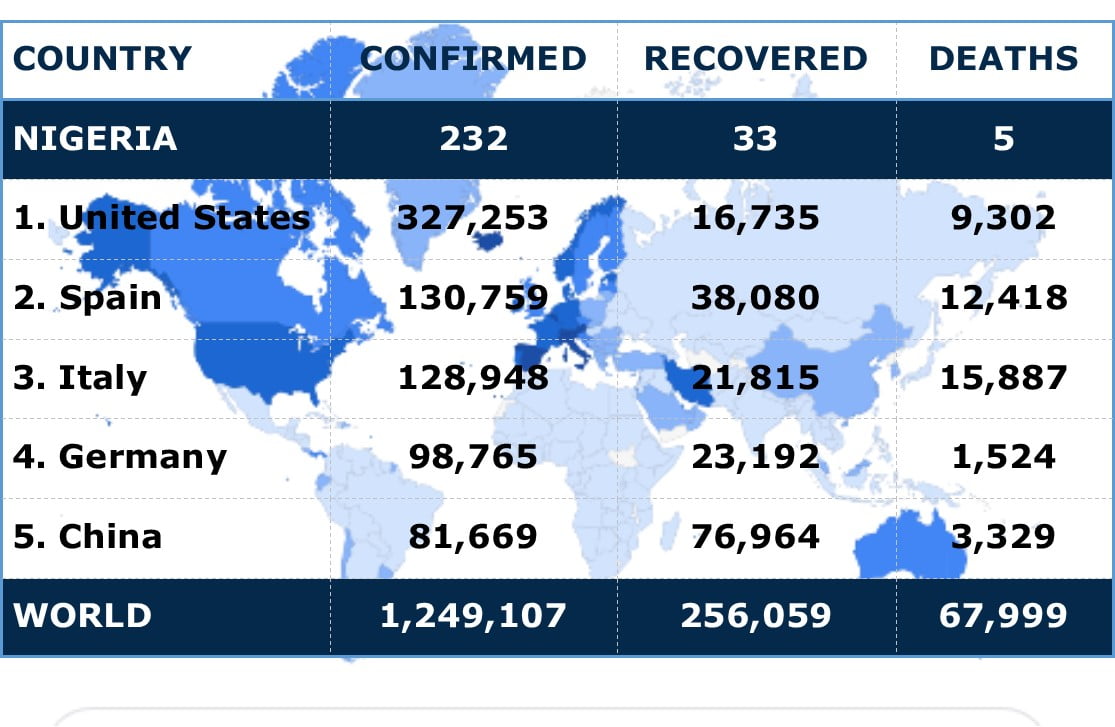 Breath-holding test of Covid-19 is a myth, says WHO.

The coronavirus infection cases in the United States has surged to 328,000 as at today, making it the worst hit country in the world outside China.

Spain (130,759) and Italy (128,948) used to alternate the titles between them but now run a distant second and third places respectively.

China, from where the virus originated and took off on its destructive journey around the world has been able to manage the disease which has so far affected 81,669 persons, which is only a quarter of the number that has hit America as at today.

Also, the number of Americans that have died from the infection at 9,302 is only a third of the citizens that China lost since the disease began from the commercial city of Wuhan, as the authorities rallied to drastically curtail the spread of the virus.

President Donald Trump has continued to bluster through it all as the disease wreaks devastation across his country.