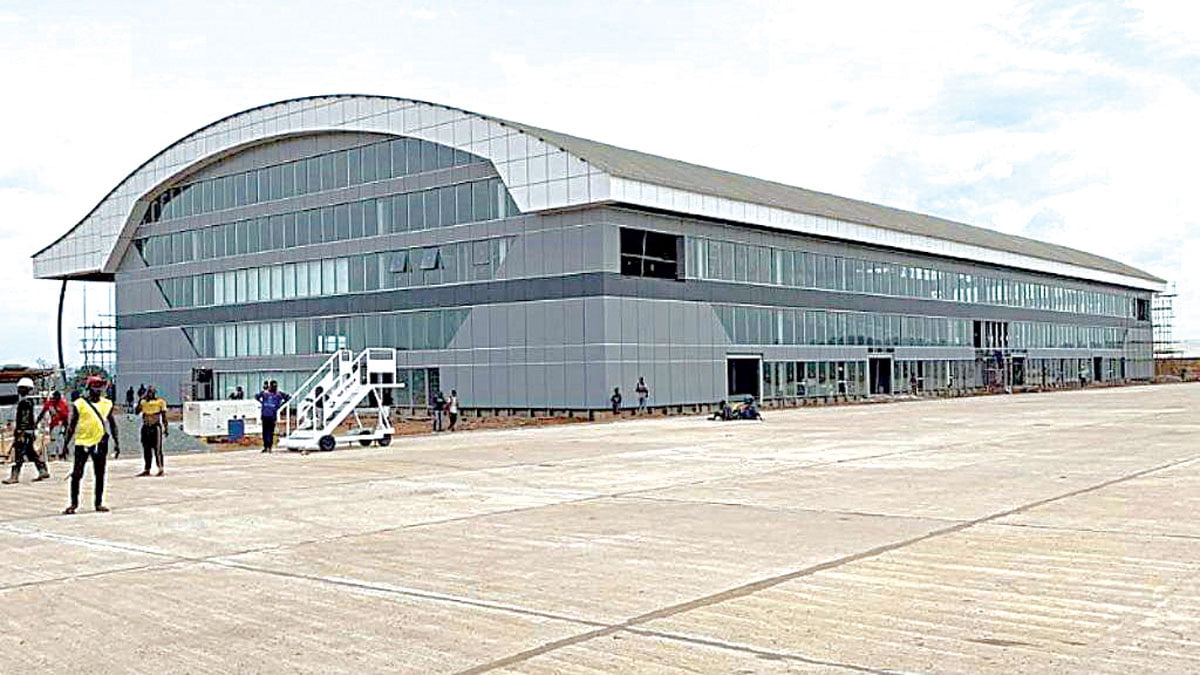 Anambra Airport is not ready to land big jets, based on NCAA’s recent approval for flight landing at the facility.

The Anambra State International Cargo and Passenger Airport is designed as a fully functional international airport.

However, NCAA’s 1 December letter to Gov. Willie Obiano shows clearly that much remains to be done, experts tell Enugu Metro.

Specifically, NCC gives two conditions for flights to land at the airport thusly:

The biggest problem the letter exposes is that Anambra is yet to install instrument landing systems (ILS), one expert said.

“Critical ILS are not available hence the airport is restricted to Virtual FLight Rule on clear weather and daytime only.

“It’s also why the airport is restricted to only Turbo prop aircraft which cannot fly on a very high altitude.”

The experts said that runway size does not matter in this case as much as the visibility challenge.

“If you operate an aircraft to the airport in very poor weather, the aircraft captain is strictly on her own.”

The airport will therefore be home to most private jet owners in Nigeria who own Bombadier jets.

The Bombardier Dash 8-400 aircraft recommended by NCAA has a seating capacity of up to 80 passengers.

Only a couple of Nigerian commercial airliners currently have the exact specification in their fleet. These include:

Airpeace does not have any Dash 8 400 in its fleet. But it has in service eight Embraer ERJ145 which seats 50 passengers.

United, Airpeace and Ibom Air are therefore most likely to land in Anambra this Christmas season from Abuja and Lagos.

None of the three have however opened their online portal for booking to Umueri as at today 3 December 2021.