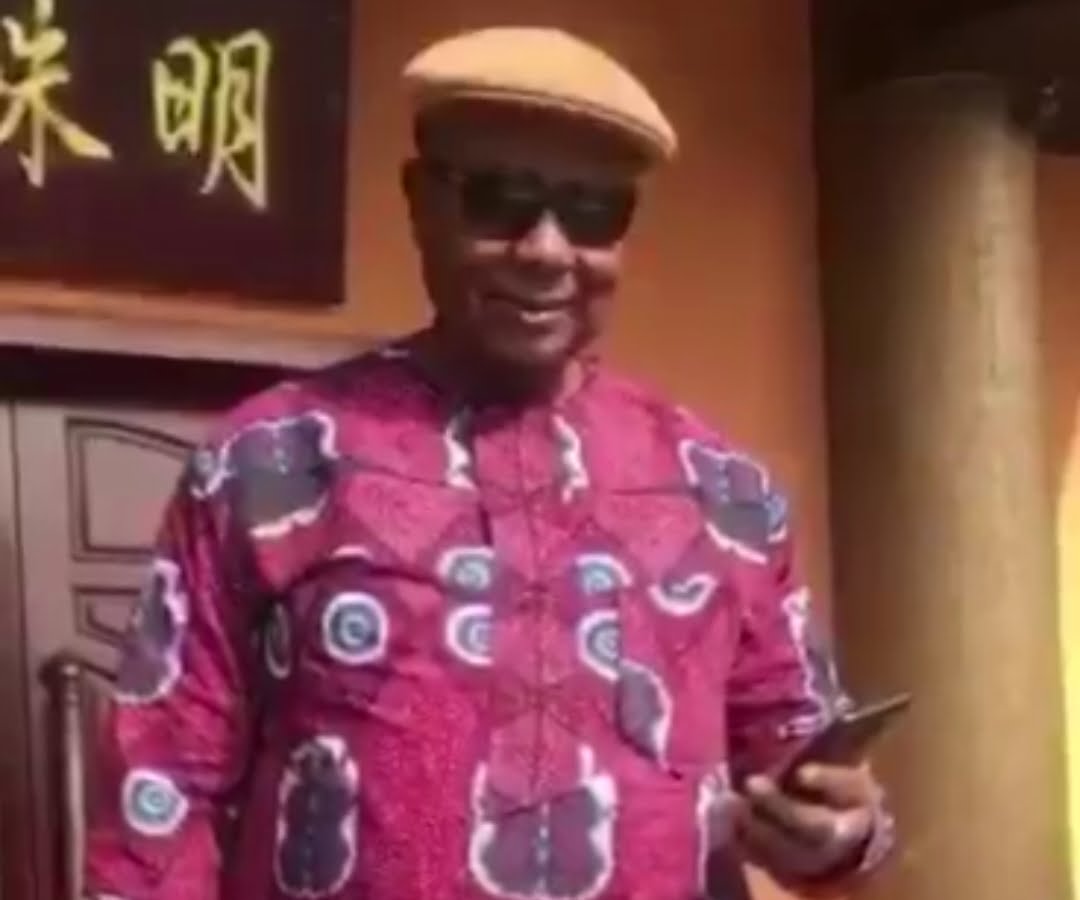 The people and Government of Anambra State have received with sadness the news of the death two days ago of Chief Abdulaziz Chivuzor Ude, the internationally renowned publisher, intellectual, art lover, pan Africanist, entrepreneur and philanthropist from Abor, Udi Local Government Area of Enugu State who played a significant part in modern Igbo history. He died in Lagos in his late 80s, and was buried in his hometown in the afternoon yesterday in line with the Islamic injunction.

He was Christened Bertrand at an early age and became the first senior prefect of the College of Immaculate Conception (CIC), Enugu, Ude attended Oxford University where he read philosophy, economics and politics before proceeding to Columbia University in New York where he took a master’s degree in international relations.

He caught public attention when, while working as an editor at Random House in New York, the world’s biggest book publishing firm, he published Chinua Achebe’s classic, Things Fall Apart, in the United States during the Nigerian Civil War of 1967-70. He was to strike a lifelong relationship with Achebe, and made handsome contributions to Achebe’s Okike: A Journal of New African Writing, established in 1971 at the University of Nigeria, Nsukka.

Ude also struck a lifelong relationship in the late 1960s with such Anambra indigenes as Dr Chuba Okadigbo, then an academic in Washington, DC. He worked closely with Dr Okadigbo when the latter was appointed the Special Political Adviser to President Shehu Shagari from 1979 to 1983. When Okadigbo founded Platform, an analytical news magazine, based in Lagos, Chief Ude stood with him all the way, making critical financial interventions.

There were many persons of Anambra State origin in top management of his enterprises like Gordon and Georgi Umunna who worked on Financial Post. His friendship with the hugely popular musician, Chief Oliver Akanite from Nnewi South Local Government Area popularly known as Oliver de Coque, was such that the entertainer waxed an album dedicated to Chief Ude which turned out to be a national bestseller.

Unknown to most people because of his self-effacing nature, Chief Ude contributed significantly to the creation of Anambra, Enugu, Delta and Ebonyi states. Apart from being one of the signatories to the petition for the creation of these states to the Ibrahim Babangida military regime, he donated not just cash but also his private jet to transport the Igbo patriots like Dr Alex Ekwueme, Chike Edozie, Dr Akanu Ibiam, Chief CC Onoh and Dr Okadigbo to different cities who signed the petition.

He also donated part of his building at 59 Awolowo Road, Ikoyi, Lagos, to coordinate the campaign for the creation of Igbo states and paid the staff. The then traditional ruler of Enugwu Ukwu, Igwe Osita Agwuna, one of Nigeria’s foremost nationalists, was to confer a high title on him for services to the Igbo world.

Ude’s Nok book publishing firm in Enugu, New York, London and Lagos, published such outstanding works as Chinweizu’s The West and the Rest of Us and Romanus Egudu’s Study of Four West Africans. Ude, in addition, financed Eddie Iroh’s Chic, the London-based colourful social magazine. He was, indeed, a pan Africanist of the finest hue.

An active member of The African Business Round Table for several years, Ude awarded scholarships to hundreds of people to study in top universities in the world and assisted many others in different fields quietly. For example, he was a major promoter of the exhibitions of Aka: The Circle of Exhibiting Artists like Professor Obiora Udechukwu, Professor Chike Aniakor, Tayo Adenaike, Dr Obiora Anidi, Nsikak Essien, Chris Afuba, Bona Ezeudu and Boniface Okafor.

Ever humble, he practised egalitarianism in truth and spirit. He never discriminated against the less privileged or those who did not share his religious views. Even after converting to Islam, a result of his deep friendship with founding Guinean President Sekou Toure, a pan Africanist in his own right, Ude remained a big contributor to the welfare of priests and the church in his community.

The Government and people of Anambra State truly mourn the transition of this great Igboman, pan Africanist, publisher and intellectual. We mourn with the Ude family of Abor and the people and government of Enugu State.

The Arrest of Chiwetalu Agu by the Nigerian Army