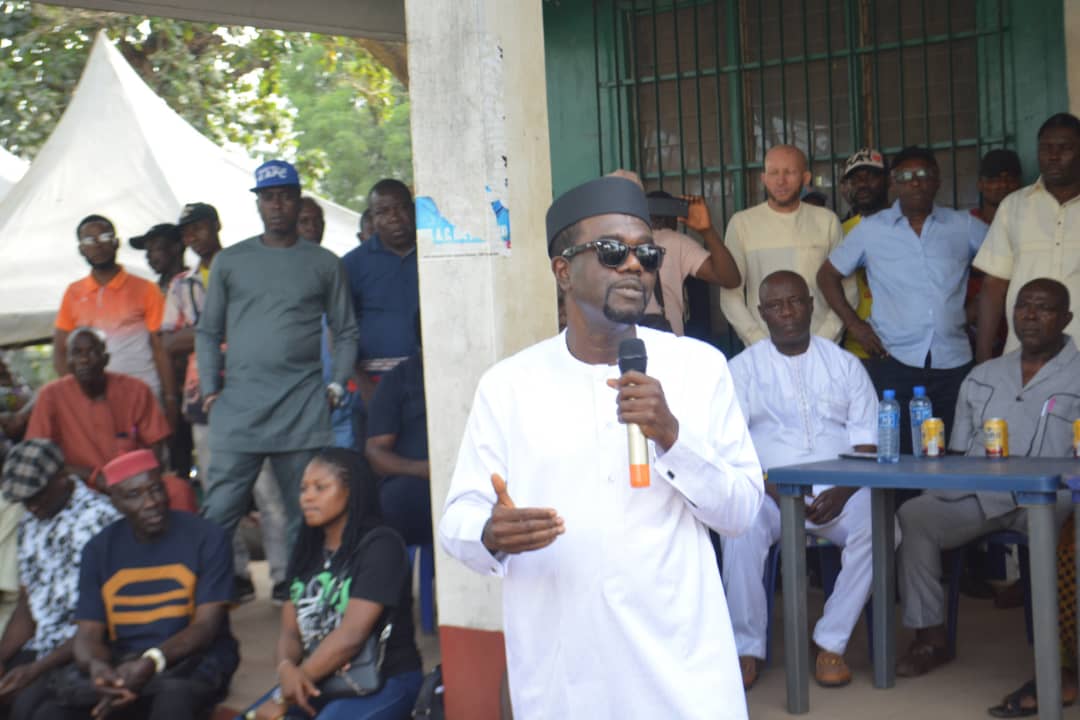 The opposition APC in Enugu State fights back against exclusion of its candidates in tomorrow’s Enugu Local Government Council polls.

The Enugu State Independent Electoral Commission (EINSEC) published a list of candidates submitted by a rival faction that was defeated in a recent congress.

Enugu Metro learnt that the opposition party has mobilised to stage a massive protest at EINSEC’s headquarters today.

On Friday 18 February, the party approached the courts to stop tomorrow’s election from taking place.

Alternatively, it wants the election results voided if EINSEC goes ahead with it.

Party leader, Mr. Ugochukwu Agballa, spoke to APC members in Enugu at the weekend to explain why it is necessary to fight.

The APC, he said, is excluded “because the list of her candidates were not published by the electoral body.”

Agballah accused ENSIEC of plotting to disenfranchise its 260 councillorship and 17 chairmanship candidates.

The list of candidates was forwarded to the electoral body in December 2021, he said

He promised every effort to void the election should the electoral body exclude APC from participating in the exercise.

“On Wednesday, the local government election will not be held; if they go ahead, it will be an exercise in futility,” he declared.

The State Government, he said, colludes with “unscrupulous elements in the APC to manipulate ENSIEC in order to frustrate APC from participating in the council poll.”

Agballah said the government and the ruling PDP were uncomfortable with his emergence as party leader in the state.

This, according to him, is because they now realize they can no longer continue with “writing election results without conduct of free, fair and credible elections.”

He said the strategy to totally exclude APC from the poll “was the greatest mistake by ENSIEC.”

“Enugu must rise for democracy to thrive. There is no democracy in Enugu state; it’s been a government of cronyism and elitism…

“ENSIEC disenfranchised all our candidates. We had our primaries to elect our chairmanship and councillorship candidates on December 18 and 19, 2021.

“We submitted the list to ENSIEC, which it accepted. But ENSIEC decided to publish the list submitted by Ben Nwoye, a former suspended Caretaker Chairman of APC.

“ENSIEC knows Ben Nwoye is no longer the chairman. We had written a series of letters to ENSIEC with an avalanche of evidence to show that I’m the duly elected chairman of the APC in our October 16, 2021 state congress.

“But ENSIEC … playing the script of the PDP-led government and in collaboration with some rogue elements in APC, decided to engage in mischief, by excluding APC from the poll.

“This is what they have been doing in the past, which is why APC has never won any election in the state.

“But good news is that the state executive committee of the party today empowered me to void that election.

“I have done that before in 2007…. They can use ENSIEC… we have already filed a lawsuit to void the election.

“Disenfranchising our candidates and excluding our party completely negates the 1999 Constitution, which guaranteed our right to contest elections.

“They made a big mistake,” Agballah said.

“We will drag the ENSIEC chairman to the Legal Practitioners Disciplinary Committee and all the foreign embassies in Nigeria.

“For a senior lawyer like him to collude with anti-democratic forces to sabotage democracy in Enugu state, he will be held accountable,” Agballah declared.

The APC chairman decried what he called the “political monopoly” of the PDP in the state since 1999, and vowed to break the jinx.

Agballah explained that he joined the APC to rescue Enugu people from PDP’s bad leadership, monopoly and ‘selectocracy’, where unpopular and incompetent candidates are always selected and imposed on the people.

He said that he will also join forces with progressive elements in South East APC to work for the emergence of Nigerian president of Igbo extraction in 2023.

“Igbos are not inferior in Nigeria, there is time and season for everything. It is the time for Ndigbo to produce the president of Nigeria,” he declared. Ends