Arazu was a philosopher, at home with nature and kinsfolk 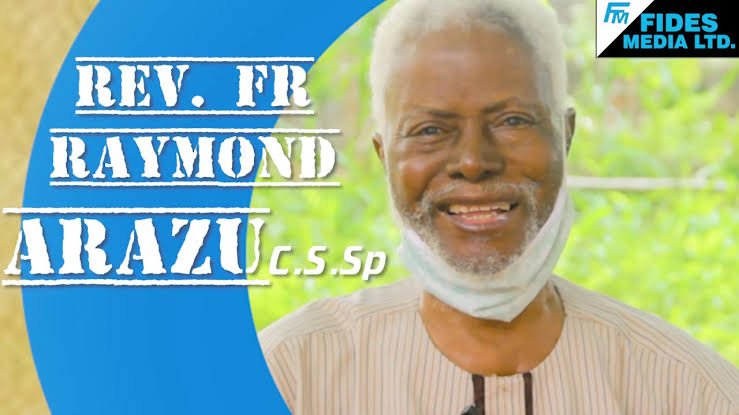 Anambra State Govt spokesperson, C Don Adinuba writes that late Father Raymond Arazu was a philosopher priest who was also at home with nature and with his kinfolk.

Arazu was not just a good priest, but an amazing gift to Anambra State, ndi Igbo and the world of scholarship. After studies in Nigeria, Italy and the United Kingdom where he excelled in academics and sports, Fr Arazu embarked on a lifelong campaign for African cultural Renaissance through psalm translation, music, scholarship and herbal medicine.

“He translated the psalms in the Holy Bible into Igbo and set them to music played entirely with African instruments like ubo, or thumb piano.”

At a time when many educated Africans considered it infra dig to speak any African language, Fr Arazu, who received a doctorate in moral science in Italy with distinction and emerged the best student at the University of Southampton in England, started wholesome African cultural revival.

He was the first researcher to establish that the language of divination in Igbo and Bini is exactly the same.

Father Arazu began a scientific study of African plants and herbs and their curative properties which led to his establishment of centres of herbal medicine in Enugu and Awka. The Anambra State government appointed him chairman of the state’s Traditional Medicine Board.

There are thousands of people in different parts of Nigeria who have over the decades depended entirely on his medicines, regardless of their faiths, because they believe passionately in their efficacies.

This Spiritan priest led his life entirely for society. He was in the service at the old Anambra State Ministry of Youth Development and Social Services in Enugu. While on this position, he established farms in places like Abakaliki in Ebonyi State where he was constantly tilling the soil with hoes and cutting plants with cutlasses, alongside his workers. The produce was either sold or used to feed the numerous indigent people he was training without making a show of it in public.

Fr Arazu fervently believed that a priest was, ipso facto, a servant of the people, and not just of God. He drew inspiration from the life of the great Father (later Bishop) Michael Eneja who, as parish priest of the church at Fegge, Onitsha, would personally carry a bucket of water on his head to serve mere deacons and seminarians, despite living with aides who could perform this duty.

Arazu saw in Eneja a perfect example of what was later to be known across the globe as a servant leader, and strove to be like him in holiness and humility.

His research work on the place of kabbalah in ancient Jewish mystic tradition and work on comparative religious systems which include oriental religious, have drawn global attention.

Still, he was at home with his kinfolk. When his rural Ihembosi community was in crisis, he accepted to lead the town union and quickly brought peace and stability to the place.

May the Lord accept the soul of this dedicated servant of the people and a hero of African Renaissance who led a life of poverty, chastity, humility, service to society and solidarity.