Army battle with IPOB moves up to propaganda mode 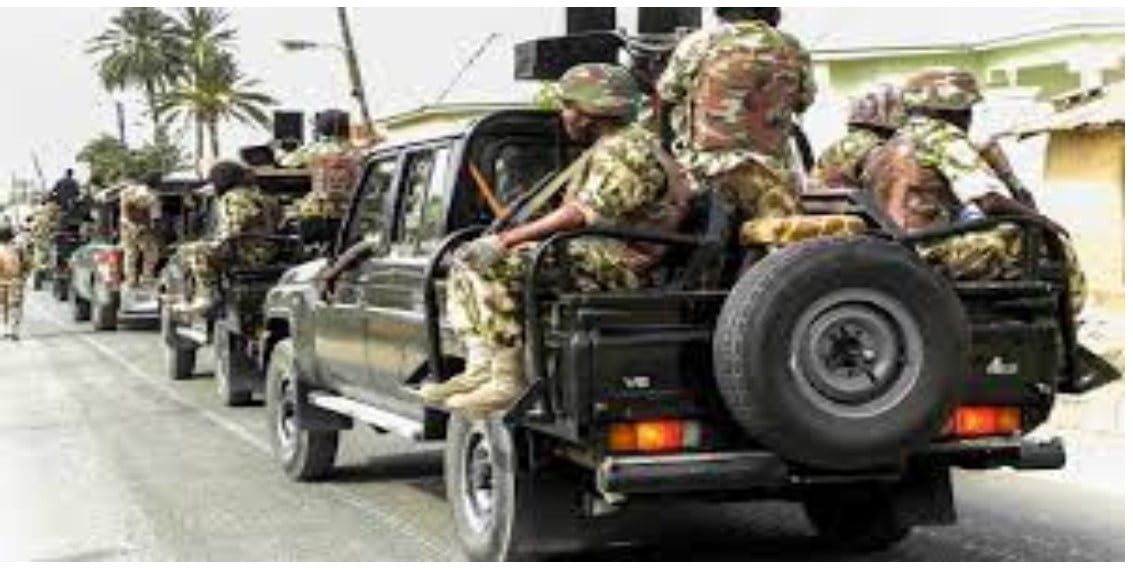 Nigerian Army battle with IPOB in the Southeast has moved up from mere armed confrontations to include full propaganda wars.

The army is managing a series of armed confrontations violent elements as it seeks to dislodge separatist agitators from Southeast. At the same time, the high command now engages social media enablers of the organisation in spirited propaganda battles.

Effort to flush out separatist elements from the region has led to tens of youths being eliminated.

In Enugu State, the troops acting on tip-offs invade locations where separatists allegedly hide or camp. In Anambra, they engage in public confrontations that record casualties on both sides.

Yesterday’s shooting and burning of a house at Isingwu, Mgbowo exemplify the Enugu tactic.

Although no one was killed during the operation, a member of the local vigilante was shot and crippled.

The local Villagers tiptoed out of the bushes in the evening when the guns cleared.

Witnesses told Enugu Metro that the soldiers were looking for IPOB/ESN youths who were said to be camped at Isingwu.

Army intelligence must have been specific to have targeted and burnt down only one house in the village.

However, military authorities are yet to confirm the Enugu operation, but Enugu Metro verified their presence and torching of a building.

Army spokesperson, Onyema Nwachukwu, a Brigadier-General, released the outcome of operations carried out at the weekend in Anambra State.

The operations took place at Nnobi Junction and Umunze Roundabout, both in Anambra State on Friday 29 October.

In the Nnobi operation, soldiers shot and killed four youths in what was described as an exchange of gunfire.

Brig. Nwachukwu also said that a security agent was killed during the operation.

Soldiers reportedly mobilized and chased them along the Nnewi-Nnobi road where they were overwhelmed and gunned down.

The violent entry of another militia that goes by the name of Biafra National Guard (BNG) has complicated matters for both state and non-state actors in the region.

Both the Nigerian Army and Indigenous People of Biafra are fighting to extricate themselves from the BNG.

Members of this rogue militia dress in military fatigues and ride exotic cars. They record gory sights of assassinations and assaults, running commentaries that implicate the military and IPOB/ESN.

IPOB social media enablers accuse the army of promoting the BNG violence. They also distance IPOB/ESN from any association with BNG operations.

Instead, they accused the Army of using BNG, military intelligence and Department of State Security(DSS) to promote anarchy in Southeast.

Specifically, IPOB sympathizers accuse the  Army of creating and funding BNG and UGM to enforce sit-at-home to discredit IPOB/ESN.

The Army calls the accusations, “a conspiracy of pretext” and a “hoax” from publicity seekers by peddling “falsehood and disinformation.”

In contrast, Brig. Nwachukwu insisted that “the activities of IPOB/ESN have undoubtedly assumed a violent dimension” in recent times.

IPOB garnishes violence with propaganda and disinformation to drum up sentiments and sympathy in the region, he said.

Nwachukwu accused IPOB of foisting the sit-at-home order “to show sympathy for their self-acclaimed leader.”

This action provoked violence, “destruction of public installations and facilities, arson, (and) looting of shops and malls…to orchestrate their potency.

“They defiled the sanctity of the highly revered traditional institution of Ndigbo by recklessly murdering their own traditional leaders.

“These spineless and irresponsible actions targeted at the very people they claim they want to liberate, clearly unmask their heinous and directionless agenda….

The separatists realized the futility of these efforts hence their resort to “twisting the narrative …” Nwachukwu said.

He assured that the Army is determined to rid the region of criminals “masquerading as BNG and UGM.”

“We encourage members of the public to provide actionable information to security agencies as the exercises progress.”