Between Sharia and the 1959 bargain 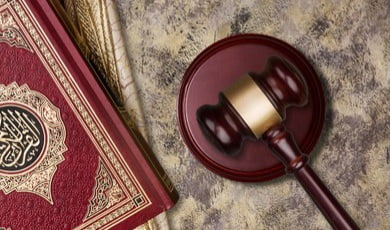 In Between Sharia and the 1959 Bargain, Sam Amadi examines how politicization of Sharia law enables abuse of due process.

In 2000 when Zamfara declared Islamic criminal law, Olisa Agbokaba and myself filed a suit at the High Court at Gusua to challenge the constitutionality of the Sharia criminal law.

The court struck out the case because we are not indigenes of Zamfara and therefore have no locus standi to bring the case. We changed course and brought another case on behalf of indigenous Christian community in Zamfara. Before the case was decided I traveled abroad for graduate studies.

At Harvard I started re-examining the legality of the enactment of sharia criminal law in Zamfara and other states in the north of Nigeria. I wrote a paper to argue that may be the enactment of an Islamic criminal law is in line with democracy. I was beginning to change my views. I decided to pursue scholarly research on the relationship between Islamic jurisprudence and liberal democratic theory. I chose a renowned Muslim human rights scholar as my field supervisor. His name is Prof Abdullahi an-Na’im. He is popular in Nigeria for his scholarship and participation at conferences on sharia and human rights in many Nigerian universities. He is from Sudan, and a leading global human rights scholar.

When I gave professor an-Na’im my doctoral proposal, he took offense at my effort to argue for the legality of the Sharia criminal law system. We had long debates for days. Later he wrote to me that he would not be one of my supervisors. As a Muslim he believes that Sharia is a sacred law that any attempt to enact it by a political authority is a degradation of Shari as divine law. He argued further that when a state enacts Sharia it will lead to religious persecution of Muslims who do not agree to the interpretation of the dominant school of Islamic jurisprudence, because there is possibility of divergent human interpretations of the Sharia. He narrated how his mentor and leader, the leading Islamic cleric in Sudan, was executed by Islamic sectarian leaders because they adjudged his interpretations wrong. So for him, this debate is a matter of life and death, and he will not have the neutrality to accept my argument about the legality of Sharia criminal law. He pulled out of my team and I had to look for a substitute. Fortunately, I found a renowned German Islamic scholar who had taught in Nigerian universities to take his place in my team.

I won a fellowship of the Harvard Islamic Institute and conducted extensive research in Northern Nigeria. As part of the research, I interviewed diverse Islamic leaders, including El ZakZaky. Two perspectives emerged from the research. Most of those I interviewed supported the enactment of the Sharia code. But some believed that a political, secular state should not enact sharia as public law. When it does, it ceases to be true sharia. It become a human law that is full of human contamination. For them, Sharia should remain a divine law, and not a state law.

A variant of the latter view recommends that the personal dimensions of Sharia should be legally recognized. But the criminal aspects of Sharia should not be legalized in political society. This view influenced the development of public law in Indonesia. President Wahid, a leading critic who later become President, told me that Islamic leaders in Indonesia decided to exclude criminal aspects of Sharia (public Sharia) during preparations for independence, although the country had overwhelming Muslim population. This perspective aligns with the recommendation of the special committee established by the government of the Northern Region in 1957. The committee led by Professor Anderson of University of London, the leading expert on African law, had as members notable clerics from Sudan, Pakistan and Sudan. It recommended that criminal Sharia should not be enacted as law in Nigeria, even as the personal aspects of Sharia should be part of Nigeria’s public law system.

Nigerian leaders debated this perspective at the London Constitutional Conference in 1959 and institutionalized it in the Bill of Rights in the 1960 Independence Constitution. It was retained in all constitutions, including the 1999 Constitution.

In 2000, this bargain was reversed by Zamfara government in enacting the Sharia Criminal Law. Many northern states followed suit. This now provides legal legitimacy for the offense of blasphemy.

The predicted surprise of such legalization is that in a disorderly society with high impunity, the mob can seize the right of Islamic court to punish presumed blasphemy without due process. But the fault still lies largely with the reversal of the 1959 bargain that built on the 1957 recommendation in 2000. The year 2000 may be the year one of the pillars of the Nigerian republican system was recast. We need more reflections on this constitutional transformation in the guise of lawmaking, even as we commend efforts by Governor Tambuwal, the Sultan, and the Bishop of Sokoto to act fast to avert total breakdown of order in Sokoto State.

Because of the 2000 reversal of the 1959 bargain, the Nigerian constitutional state is now deeply trapped in incoherence.

Between Sharia and the 1959 Bargain, by Dr Sam Amadi