Bill on appointment of military chiefs sails into stormy waters 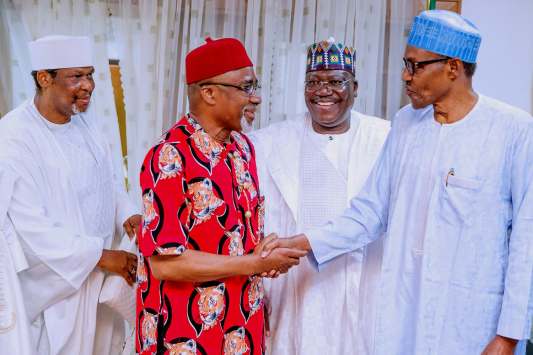 A bill for a law that enforces equity in the appointment of military service chiefs ran into stormy waters yesterday in the Senate. If passed, it would create a law that forces presidents to appoint Armed Forces Service Chiefs to reflect federal character.

The bill, Abaribe told his colleagues when it was introduced will reinforce Section 217 (3) of the Constitution which mandates federal character principle in appointments.

President Muhammadu Buhari has been accused of nepotism in the appointment of security chiefs since he assumed office. The accusation also trailed his most recent appointment of service chiefs.

It was not smooth sailing at the debate as passions rose high form both supporters and opposition to the bill.

Supporters argued that the bill is on good constitutional footing and should be passed by the Senate without much ado. Members opposed to it however feared that it would politicize the armed forces and force a “dangerous situation” on the country.

At the end of the impassioned debate, Senate President Ahmad Lawan chose a voice vote to rule on whether to proceed with the bill or have it rested.

A dissatisfied Senator Abaribe made one last heroic attempt to salvage the sinking bill. He quoted Order 73 of the Senate rules and asked for a division. He said he was asking for a vote because the section he quoted allows a Senator to challenge the ruling of a presiding officer.

Lawan however refused to budge, saying he did not rule inappropriately, and the ruling was also not his personal opinion.

As other voices rose to ask for a voice vote, the Senate President asked that the house move into a closed-door session.

The bill was effectively drowned when the session resumed. Senate President Lawan simply asked Sen. Abaribe, the Minority Leader, to withdraw the bill and he did.

Abaribe however said he would review the content and re-present it “at a more appropriate time.”