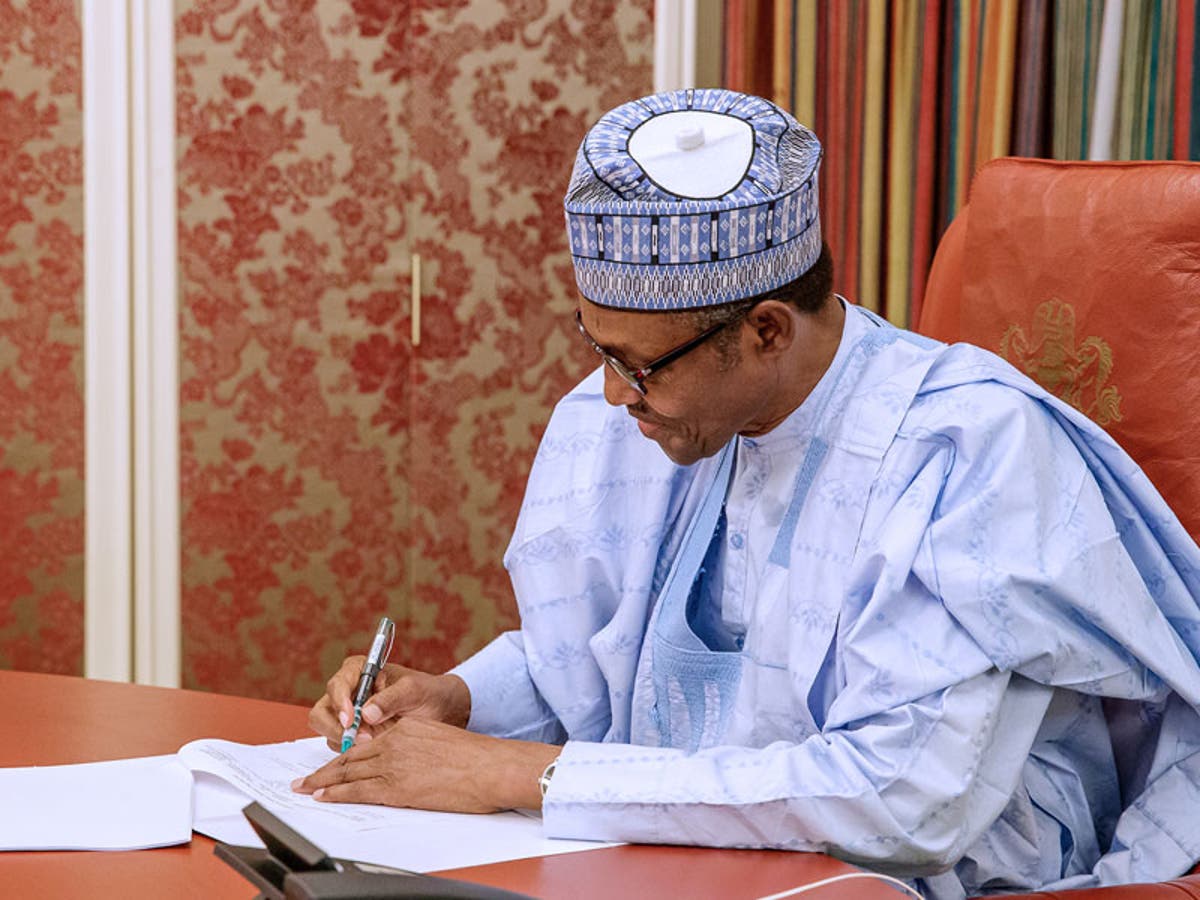 President Muhammadu Buhari and Gov. Ifeanyi Ugwuanyi of Enugu State mourn the passing of Abdulaziz Ude at the weekend.

President Muhammadu Buhari and Gov. Ifeanyi have both expressed shock at the loss of Alhaji Abdulaziz Ude.

Presidential spokesperson, Malam Garba Shehu, said in a statement that the President received the news with shock and grief.

Buhari described Ude as “a foremost Igbo leader and philanthropist” who lived an exemplary life.

Ude, he said, was “one of the most unostentatious philanthropists in the country who worked for humanity without making any noise about it.

“Doing goodness without bragging about it is one of the greatest virtues and the late Abdulaziz Udeh had passed such a test of humility with distinction.”

“Apart from his philanthropic activities, the late Alhaji Udeh was also an advocate of religious tolerance who didn’t discriminate against anyone because of religious differences.”

He also commended his significant contributions to the creation of Anambra, Ebonyi and Delta States.”

Similarly, Gov. Ugwuanyi said news of Ude’s death came to him as a “rude shock and with deep sadness.”

The Governor praised Ude as “one of our most illustrious sons” and a philanthropist of note.

“The state government is very proud of Alhaji Ude’s immeasurable contributions to his faith, community, state, Igboland and the country.

“Although gravely pained by this death, we are consoled by the fact that Alhaji Ude lived a very worthy life,”

Ugwuanyi condoled with the family and prayed for his soul, in the statement released by Information Commissioner, Mr. Chidi Aroh.

The social media lit up at the weekend with testimonies of how late Abdulaziz Ude promoted scholarship and the arts.

Novelist and literary critic, Okey Ndibe, took to Facebook to mourn a friend and a benefactor.

“In my debut novel, Arrows of Rain, I acknowledged Abdulaziz Chivuzor Ude as a benefactor.

“Abdulaziz … was an uncommonly generous man… He paid my fees through graduate school in the US—as he did for scores of others.

“What’s more, he was always a quiet, self-effacing man. Twice, when he attended my book events in Nigeria, he tried—unsuccessfully, I’m glad to say—to hush me from telling the audience about his kindness to me and others.

“May the soul of this rare, remarkable man find eternal peace,” he said in a tribute that has received thousands of likes.

Another author and journalist, Mr. Chuks Iloegbunam, also spoke about how Ude sponsored an important biography.

“He was the greatest of men; my mentor, inspirational and protector. I will miss his counsel dearly.

“The world should pause, because a true legend has passed on… . Indeed, I am broken!”

Is a biography of Ude in the offing?

Most Nigerians received news of the quiet but extensive philanthropy of Alhaji Abdulaziz Ude with utmost surprise and shock.

Some others took the literary giants he lifted up with his philanthropy to task for not writing a book on the man.

Although no one has publicly taken up the challenge so far, a noted arts scholar offered to kick the ball rolling.

Consequently, he is inviting “tributes of not more than 400 words each as well as useful images” to be compiled into a book

Prof Ikwuemesi heads the fine and applied arts department of the University of Nigeria. He revealed a major reason why Ude, a famous art collector and patron, maintained a low profile unto death.

“Many years ago, some of us wanted to do his biography under the title Modern Medici in light of his contributions to arts and humanity.

“He advised that it was premature,” Ikwuemesi said.

Editors Note
If you would like to contribute to the book of tributes, you can email Ikwuemesi here.