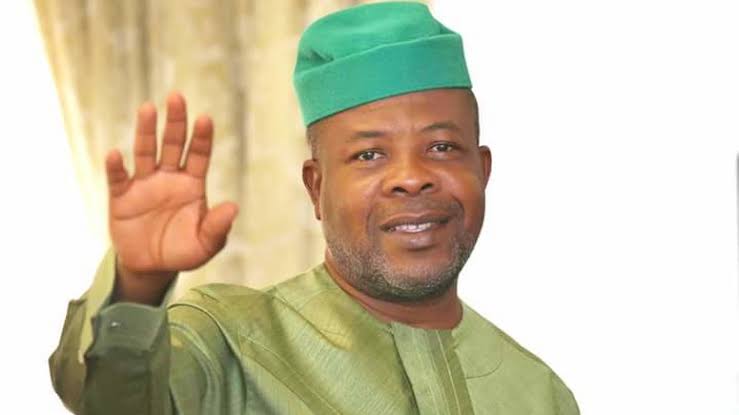 The Imo State Government is sponsoring the return of Ahajioku Lectures, an annual intellectual and cultural event celebrating Igbo heritage and values, as part of government’s effort to revive art and culture matters which appeared to be under assault by the preceding administration.

As originally conceived, each year’s event featured a lecture by a world class academic drawn from any state in Nigeria with significant Igbo population, including Rivers and Delta, as distinguished Speaker.

These academic giants looked at Igbo history, business literature, technology or values from his or her special area of scholarship.

This year’s Lecture will be delivered by world renowned academic, professor and literary critic, Michael Joseph Chukwudalu (MJC) Echeruo, himself from Imo State.

The day will also feature an arts exhibition at the venue, the Ahajioku Convention Centre, in New Owerri.

Ten years ago, the Ahajioku Lecture was a huge international cultural fiesta in the Imo State Capital, as it was structured into an international Conference on Igbo Civilisation.

The 2009 Lecture became a two-phase event that culminated the seminal lecture delivered by the ijele of African literature, Prof. Chinua Achebe.

Achebe returned from a self-imposed exile in the United States to do the lecture.

It was a month-long cultural funfare that featured a film exhibition, youth conference on Igbo civilisation, world Igbo day prayers, and a religious workshop, among other activities.

Under the administration of ex-Governor Rochas Okorocha, this fixture in the national cultural calendar of Nigeria all but went into oblivion.

Although he sponsored one or two annual lectures, Gov. Okorocha, now a Senator, apparently had different ideas about how to organise arts and culture matters during his reign.

For instance, many in the elite class who are in the position to appreciate arts and cultural matters did not understand the policy offensive that saw to the destruction of the famous Mbari Square and its conversion into what he called Eze Centre.

Also, the Ahajioku Centre in New Owerri, venue of this year’s lecture, was also converted into a trade fair centre, to the consternation of many.

Ihedioha has returned the Centre to it’s original status as the Ahajioku Convention Centre.

“Speaking as an outsider, I can tell you that Imolites are happy that the celebration of arts and culture is taking a central place once again in the State capital” said Sir Emeka David Ani, the Associate editor of the Owerri Catholic Diocese newspaper, The Leader.

All roads lead tomorrow to the IMT International Conference Centre, Enugu, venue of activities marking the 13th Edition of the Life in my City Arts Festival (LIMCAF) celebration.

The various activities to mark the Enugu finals of LIMCAF 2019 begin tomorrow Monday, 11 November 2019, with exhibition of winning entries from the zonal competitions.

Artists, art enthusiasts, curators, art buyers, and students will have five full days to appreciate the range of artworks and media which caught the eyes of judges at six zonal competitions from where they were approved to come to the finals in Enugu, capital of Enugu State, Nigeria.

The climax is on Saturday 16 November.

The Nsikak Essien-led board of judges will examine the range of winning entries and select the national winners who will be crowned during the grand closing ceremony on Saturday.

Among other features of this year’s event is a festival lecture on Tuesday 12 November by emeritus Professor Ola oloidi, a renowned professor of art history and art criticism, as well as a children’s art workshop.

The Saturday 16 November ceremony – grand gala and award night – is to be chaired by foremost artist, Prof. Bruce Onobrakpeya. 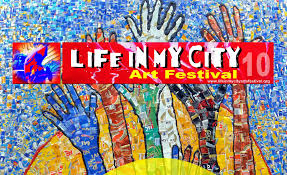 Notable stakeholders in the arts are gathering in Enugu once again to participate in this year’s edition of the annual Life in My City Arts Festival (LIMCAF) which will hold from 11th to the 16th of November 2019.

LIMCAF 2019 will open with the grand finale of the arts exhibition on Monday 11th at the International Conference Hall of the Institute of Management and Technology (IMT) Enugu, according to veteran broadcaster and media manager, Mr. Kevin Ejiofor, who is executive director of the Festival.

Among other features of this year’s event is a festival lecture on Tuesday 12 November by emeritus professor Ola oloidi, a renowned professor of art history and art criticism, as well as a children’s art workshop.

The curtain will be drawn on the events on Saturday 16 November with a grand gala and award night that will be overseen by foremost artist, Prof. Bruce Onobrakpeya as chair of the occasion.

Expected at the final event are other notable patrons, including Igwe Alfred Nnaemeka Achebe, the Obi of Onitsha who is patron of LIMCAF, and retired international arts scholar, El Anatsui and a host of traditional and political leaders led by Enugu State’s Governor Ifeanyi Ugwuanyi who has consistently played host to the event.

Judges for this year’s competition have been carefully selected to ensure that decisions over winning artworks follows strict and rigorous professional standards, the organizers said. At the head of the judging panel is Mr. Nsikak Essien, a prodigy who trained at the famous IMT art school, from where he graduated as best student of the school in his set.

The LIMCAF grand finale is an annual gathering of artists, art scholars, collectors, gallery owners, and art patrons in Enugu who throng the venue to savour and encourage creative efforts of budding artists whose works made it to the finals, from the respective zonal contests that held in selected centres across the nation.

This zonal contests for 2019 took off from the Zaria Exhibition Centre of the Department of Fine arts, Ahmadu Bello University (North West) on 10 July 2019, from where it veered South-South to the Benin Exhibition Centre, before zooming off south-westwards to three centres (Lagos, Ibadan and Oyo). From Oyo, it went up to Abuja (North Central) before the baton was handed over to the South East in Enugu which brought up the rear.

LIMCAF, is an art competition organized for young Nigerian artists who are 35 years or less. Winners from the zonal levels are sponsored to Enugu in November of each year to battle for the final prizes.

Artists that participate in the programme feature works in painting, mixed media, sculpture & ceramics, photography, graphics, digital arts, textile arts and so on.