CBN pits Ugwuanyi against Wike in battle for creative park 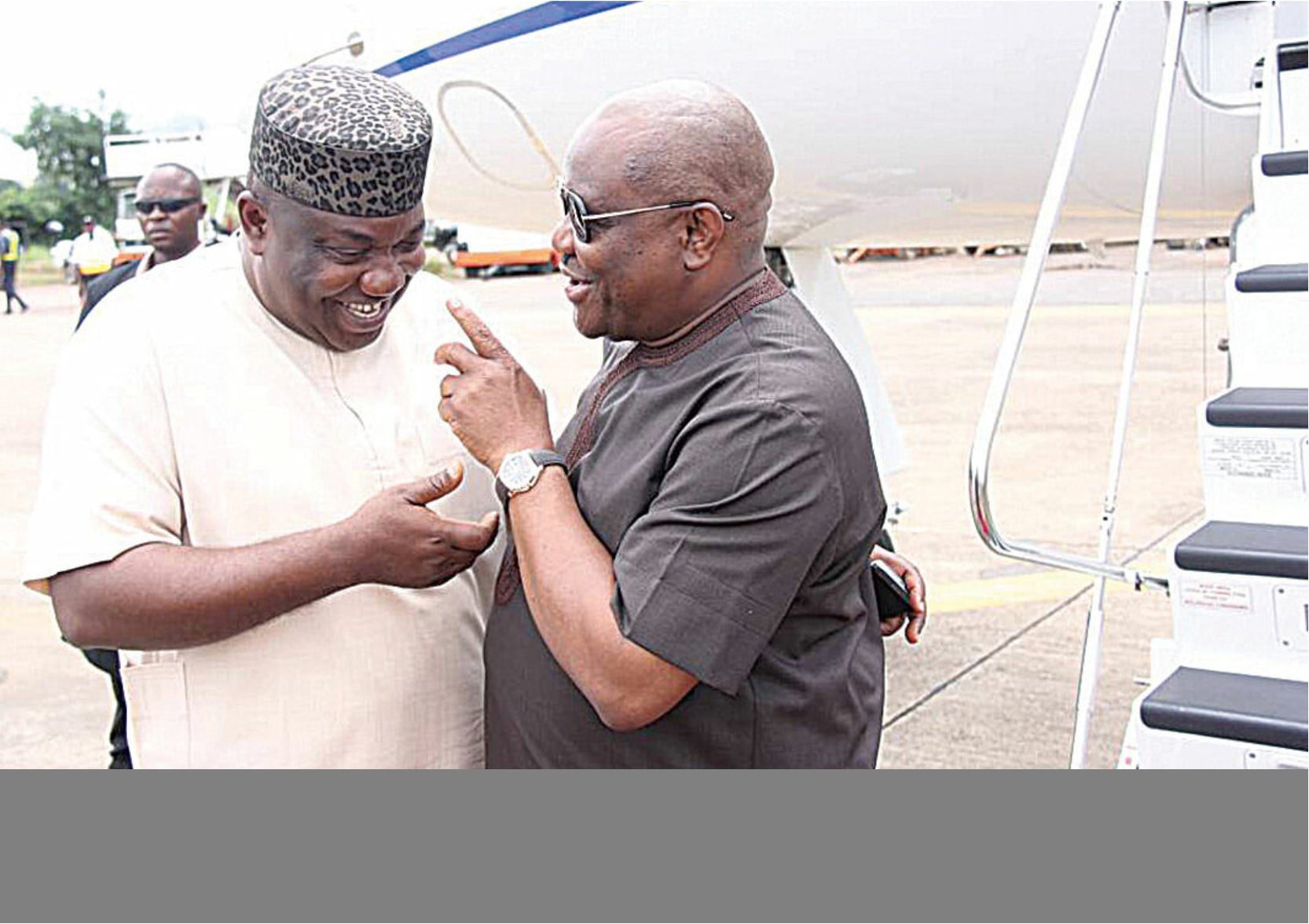 The Central Bank of Nigeria (CBN) has dragged Gov. Ifeanyi Ugwuanyi of Enugu State into a surprise battle with his Rivers State counterpart, Gov. Nyesom Wike, over who gets the rights to host one of three creative industry parks that the Bank proposes to build in the northern, western and eastern parts of the country.

Kano has already been penciled down as the location for the northern park while work on the western park has been initiated through last week Wednesday’s takeover of the National Stadium Lagos to develop a 40-acre park around it.

CBN Governor, Mr. Godwin Emefiele, restated this morning on Channels Television that for the eastern flank, the Bank prefers either Enugu or Port Harcourt to site the Park.

Any of the two states that first arrives with a firm request will automatically get it, he said.

It will also boost industry earnings by about $300 million from production and distribution of Nigerian movies at cinema locations at home and abroad and create over 200,000 direct and indirect jobs, Emefiele said.

In addition to the three parks, the banking industry will be encouraged over a 5-year period to support the development of 50 additional cinemas, all in a bid to increase the industry’s contribution to the nation’s gross domestic product (GDP) by two points to hit three percent from its current 1% contribution.

Emefiele told journalists on 30 September that the CBN hopes to use the parks “to create an environment where startups and existing businesses can be incubated and rewarded for their creativity, enable young Nigerians in the music sector to capture a significant market share of the $10.7 billion music industry, and create over 800,000 direct and indirect jobs.

“In each of these parks, efforts will be focused on discovering the most innovative young entrepreneurs across the music, movie, fashion and IT industries.

“Each park will be able to support skills acquisition for over 200,000 Nigerians. These individuals will be empowered with funds at single digit interest rate, state-of-the-art tools, and high-level training and networks, that will enable them to turn their ideas into a reality.

“When they are able to achieve this objective of creating a new music product, a high-quality movie, an IT software application, or a fashionable outfit, we will work to ensure that they are able to distribute their work on a large scale around the globe.

“So far, the CBN and the Bankers Committee intend to support this creative venture with N22billion of initial funds.

“We intend to support the development of over 50 additional cinemas from our current capacity of 48 cinemas nationwide. The cost structure of these cinemas will be lean, in order to make movies affordable to a large section of Nigerians,” the CBN Governor said.