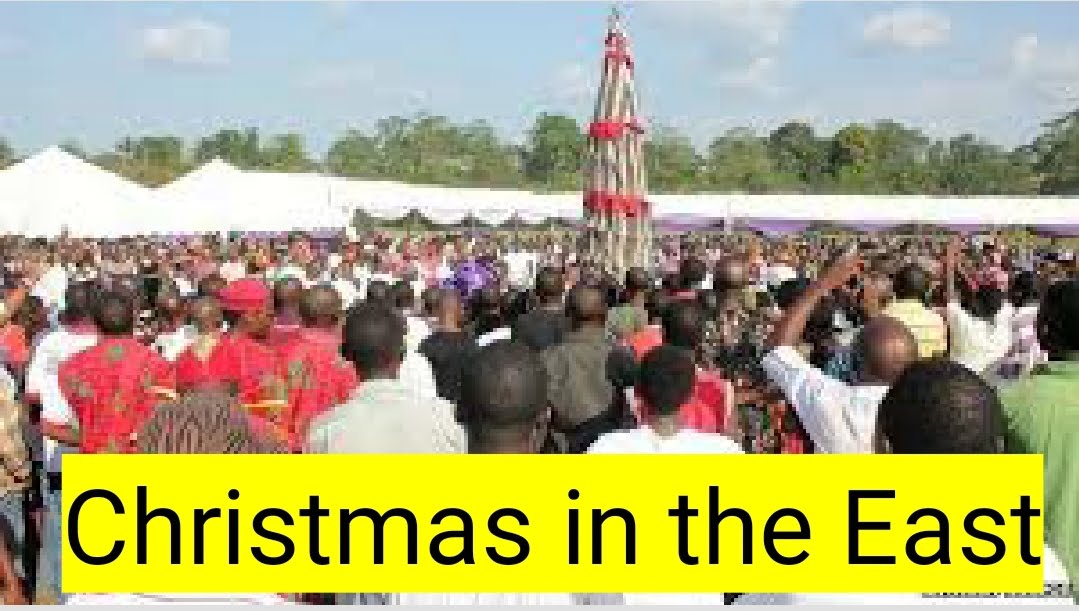 Christmas in the East is a kaleidoscope of events and celebrations by those who traveled for the December homecoming ritual.

Anambra Airport – too early to celebrate but…

Fred, a celebrated journalist and communication expert, is the Chief Operating Officer of Pointsize Communications Ltd.

The analysis looks sweet and tempting. 142 flights and over 3,000 passengers in one month!

Folks are celebrating and pointing to the viability of the Airport, which former Aviation Minister, Osita Chidoka, had warned was not possible.

I pray it becomes viable. I do because I have used it twice and it took me only 45 minutes to and fro my village.

It is a massive Airport. It is beautiful. It has hope. Let’s keep hope alive.

But if you’re quick at celebrating, please note that the period under review was a festive one. Many people traveled.

Also, the aircraft being used are the 50-passanger capacity Embraer ERJ ones plus the private jets which passenger capacity is even lesser. These are easy to fill and average 30 passengers per day.

The viability of the Airport will become clearer in months to come, that is, January to March before the Easter return, September to November before the Christmas holidays, and when bigger planes begin to fly the route.

I am excited at the prospects of the viability of the airport. I want it to succeed because I can avoid the Niger Bridge traffic gridlock or the Oji River – Amansea one if you use the Asaba and Enugu airports respectively.

Today was hellish. Many people using the Asaba International Airport missed their flights ✈ because Niger Bridge blocked completely, spreading up to Upper Iweka in Onitsha.

You can therefore see why Anambra State Airport must be viable and must succeed.

Before then, all those boasting that Anambra people dominate the airports in Owerri, Asaba and Enugu should calm down. Those thumping their chests that we are the ‘biggest patrons’ of the three airports of Enugu, Asaba and Owerri should hold their horses. It is too early in the day to say so.

Boisterousness. That’s what they are engaging in. ‘Itu onu’. ‘Ime nkpotu‘. (Grandstanding and boastful).

The taste of the pudding is in the eating.

Glad to be back. Thank God for journey mercies.

Ihe Development Initiative (IDI) traditionally holds an annual convention every 29 December to put smiles on the faces of students and graduates.

The 2021 Convention was held at the Central School, Ihe, in Awgu LGA of Enugu State.

Those who smiled home from the event included nine indigenes who each received N300,000 (three hundred thousand naira) to pursue master’s programme in different universities in Nigeria.

Furthermore, cash prizes were awarded to students and pupils of Community Secondary School, Ihe and the four public primary schools.

Additionally, a set of percussion instruments (school band) was donated to the Holy Child Schools, also in the community.

IDI honoured five persons adjudged to be champions of human empowerment. These were representatives of Enugu West as well as Aninri/Awgu/Oji River constituencies in the National Assembly, Sen. Ike Ekweremadu and Rep. Toby Okechukwu. The recipients were accompanied to the event by Chief Dennis Oguerinwa Amadi who represents Udi/Eziagu constituency also in the National Assembly.

Another highlight of the event was a lecture on secirity delivered by an Ihe Diasporan, Mr. Isaac Ike. It was moderated by cerebral Catholic Priest, Rev. Fr. Emeka Udeonu.

IDI is almost an age group organisation of Ihe people who were born in the seventies. Today, its membership cuts across servicemen, entrepreneurs, academics and bureacrats.

The organisatio has thus far awarded 34 master’s degree scholarships and given cash prizes to pupils and students of the public schools in the community every year.

The range of IDI philanthropyis is quite elastic. At one point, it partially funded a Chinese language programme to enable an indigene pursuing a bachelor degree in the Chinese language in China. IDI has also donated sets of percussion instruments to five primary schools, in addition to the annual awards of cash prizes to secondary and primary school students and pupils.

The prizes and scholarships are sponsored by wealthy members of the Community either in their names or in remembrance of their loved ones.

IDI has also announced that it is funding an ongoing documentation of the history of the Community.

The 2021 Convention was was well attended by Ihe people as well as guests from other communities. Guests were warmly welcomed by Igwe Martin Ibeziakor, the traditional ruler of Enuguoke Ihe Autonomous Community.

My kids in village mode

Onwuamaegbu-Ugwu, is an award-winning advocate of STEM Education for Young Girls. She is the founder of Edufun Technik, a social enterprise focused on STEM education for kids in underserved communities.

Words can’t explain how this Christmas in the village felt for me and the kids.

From the beautiful harmattan to the kids enjoying the village lifestyle and learning new survival skills.

The first night we arrived I was so tired to do anything when Usonwanne asked that I help her make the fire to boil water for her night bath.

I told her to ask grandma to help and I slept off.

When I woke up in the morning and asked her how she was able to make the fire, she said, ” mum I don’t want to ask grandma, so I tried it out by putting the firewood together, using a piece of the carton with nylon to start the fire with matches and quickly placed it under the firewood. I tried it 3 times before the light finally came up”

I was so happy to hear how she survived ?.

From learning how to draw water from the well, and how palm oil is processed, to going into the farm with mama to get fresh scent leaf, ugu, bitter leaf or tomatoes was an experience they won’t forget quickly.

The younger ones even suggested they resume school in the village ?.

For me, it was more than fun.

I will write my epistle soon.

I hope you enjoyed your holiday?