Concede, Val Ozigbo, and save Anambra! 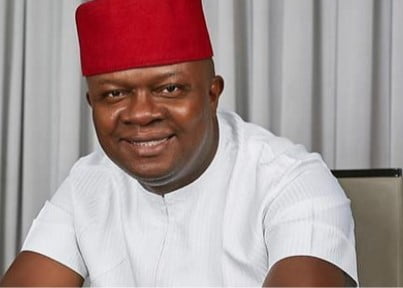 As at this morning, the tallied election results of the 6 November Anambra Governorship poll strongly suggests a clear winner.

Anambra State made the nation proud by selecting two stellar candidates going into the elections. These are Prof. Chukwuma Soludo and Chief Valentine Ozigbo, both first class graduates of the University of Nigeria.

Besides their strong academic standing, both candidates distinguished themselves in the field of management of men and resources. Any of them could take on and acquit themselves in the task of pulling this state from a provincial status. Nowhere else is this status as evident as in the capital city of Awka. Succeeding governors found it challenging to overcome silent local resistance to develop the Smith City into a befitting capital. It remains to be seen if an incoming chief executive will be able to exercise this necessary political will.

In the meantime, the election, for all intents and purposes, has been won and lost. Anambra citizens saluted the two parties that fronted the best candidates by voting them into first and second places. Our urgent call for a concession speech at this time is anchored on two inescapable realities.

First, results from 95% of the local government areas give one of the candidates a clear lead. The APGA candidate scored 45% of votes cast. If we were to combine total votes secured by the first and second runnersup, they will still come to less than 45%. Thus, the gap between the frontrunner and the two runnersup is wide and unassailable.

Second, this gap is so overwhelming that it may not be affected by tomorrow’s result from Ihiala LGA after the INEC supplementary poll. But anything can happen in Ihiala, thus placing the burden of determining a candidate on our court system. Our courts, unfortunately, have not been consistent in helping Nigeria consolidate on its democracy.

What the current scenario therefore suggests is for the first runner-up to concede the election and save the state from any potential manipulation that may be in the works.

This is therefore the time for Chief Valentine Chineto Ozigbo to step forward and further advance his political career. The battle is already won and lost. He is also relatively young; whatever he does today will have an impact on his future career in the State.

Concede, Val Ozigbo, and save Anambra!