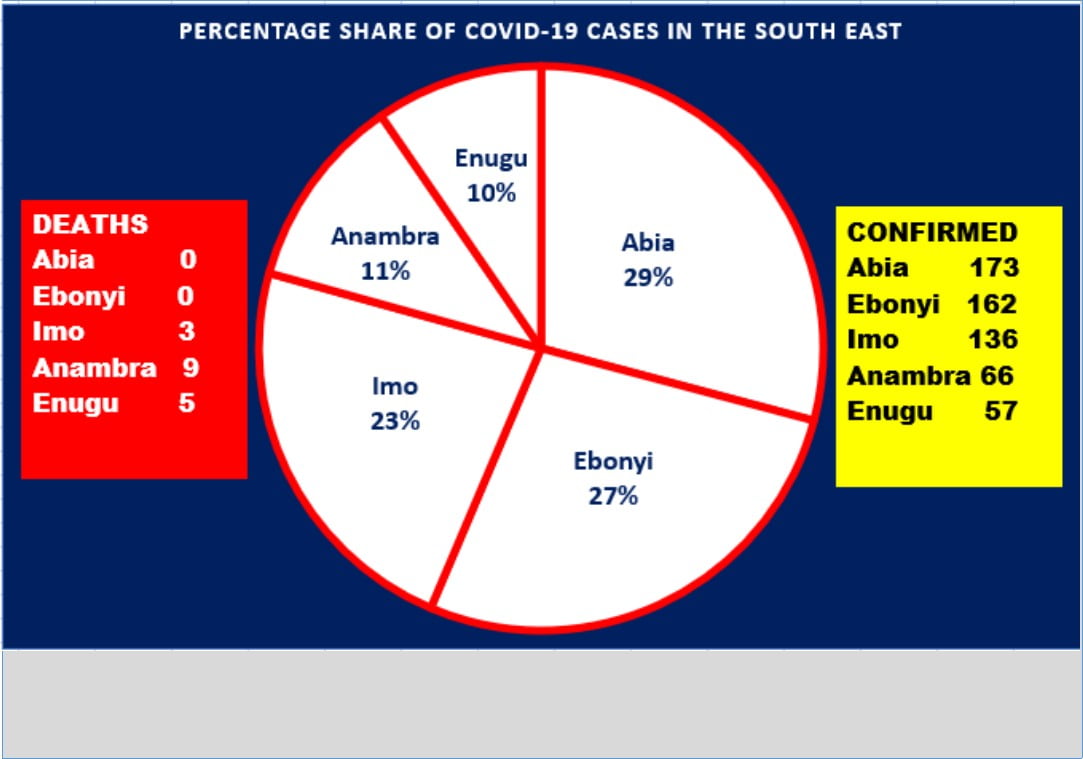 In the past one week, the number of persons who have succumbed to Covid-19 attacks in the South East rose sharply, from 3 to 17 in the wake of relaxation of lockdown rules across the five states.

Total deaths recorded to date were reported from Anambra (9), Enugu (5) and Imo (3) States.

Ironically, the two South East States considered as epicenters of the disease for the Zone, Abia and Ebonyi, have not recorded a single fatality till date.

Figures released by the Nigerian Centre for Disease Control (NCDC) last night, 15 June 2020, show that the two states nevertheless continue to lead in rate of infections with Abia at 173 and Imo at 162 cases.

NCDC reported total cases for other SE states at 136 for Imo, 66 for Anambra, and 57 for Enugu States.

This worsening situation is reflected not only in the increasing number of cases (594 as at last night) but also in the relatively low number of recoveries at 181 discharged patients.

Nationwide, Nigeria recorded 573 new confirmed cases and 4 deaths last night, bringing the total to 16,658 confirmed cases, out of which 5,349 patients recovered and 424 died.

1m vaccinated against Covid-19 in Nigeria