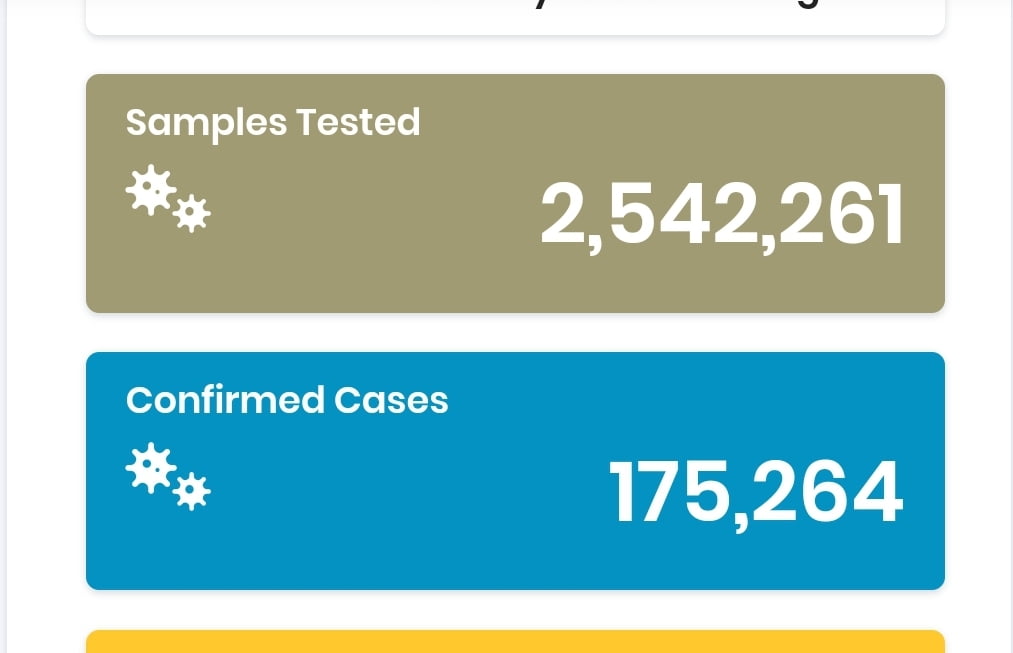 The figures were collated from various NYSC camps where prospective corps members tested positive during a snap test.

The federal Agency opened its 37 camps nationwide for the 2021 Batch B Stream 1 candidates at the weekend.

A report by Daily Trust newspaper puts the number of youths suspected to be carrying the disease at 109.

NYSC spokesperson, Mrs Adenike Adeyemi, however said the Agency is proactive in making sure infected persons don’t get into camps.

She told Daily Trust that there will be no positive cases found in any of thr camps nationwide.

“This is because before anyone goes into the camps, there is a test that is conducted and only the people that are confirmed negative are allowed into the camp.

“Everybody that goes into the camp is admitted after the test at the gates.

“At every camp, there are medical doctors, officials from the NCDC and others too. All these people work together and they conduct Rapid Diagnostics Tests.

“Only those who are negative go into the camps. If anyone requires further tests or further confirmation, they are handed over there to the NCDC surveillance team that takes over from that point.

Nigeria is currently grappling with a renewed wave of infections, some of which come from the dreaded Delta mutatant.

This brings the national infections to 175,264 confirmed cases, with a 94 percent survival rate.

To date, 2,163 afflicted persons have died from the disease in Nigeria.

NCDC has since February 2021 drawn attention to the various mutations of Covid-19 found in Nigeria.

The Agency however asked the public not to panic but continue to observe all published preventive measures to avoid infection.

“One way to prevent viruses from mutating is to prevent their transmission, the Agency said in a statement.

“This means that we must
continue to #TakeResponsibility as members of the public.

“The public health measures to control this
virus is the same, irrespective the variant.

“Please continue to avoid close contact with others, wash your
hands regularly using soap and running water, wear a mask properly, keep a distance of at least two
metres from others.”

In the South East, two of the 505 cases reported yesterday are from Imo State while one is from Ebonyi.

However, at the 15th position on the national infections table, Enugu State leads the South East confirmed Covid-19 cases.