COVID-19: Time For Buhari To Walk His Talk 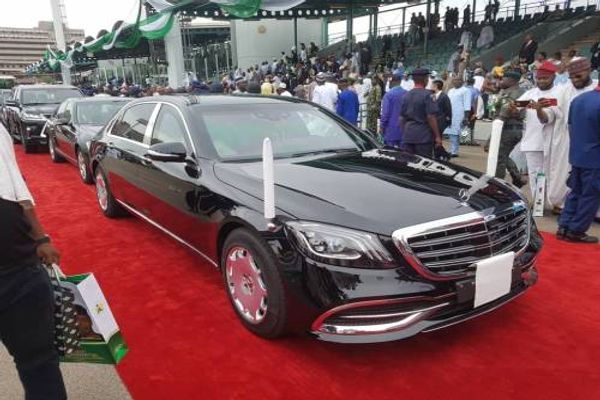 Using the President Buhari’s buy-Nigeria response to the Covid-19 as a case point, SKC OGBONNIA argues that the trouble with Nigeria is not lack of natural and human resources, not good visions or enabling policies, but squarely a failure by leaders to efficiently influence implementation of policies for the common good.

The consensus around the world is that the lessons from the coronavirus pandemic (COVID-19) would provoke commonsense among Nigerian leaders to harness the full potential of their local economy. This dream may never come close if President Muhammadu Buhari does not lead by example.

A defining theme of my foray into the 2019 presidential race is that Nigeria’s problem is not as complex as commonly imagined. For the problem is neither the lack of natural resources nor human resources. It certainly has nothing to do with good visions or the enabling policies. The Nigerian endemic problem is squarely the failure to influence the efficient implementation of the policies towards the greater good.

It is not surprising, therefore, that amid the COVID-19 pandemic, President Buhari demonstrated visionary leadership by declaring that Nigeria will henceforth promote and patronize made-in-Nigeria products over foreign goods. Buhari’s vision is laudable and mirrors the case of Asian countries, particularly China and India, which for several decades banned a good number of foreign products to enable their local industries to thrive. Today, both Asian nations have become economic envy of the world.

The message, if it is not already explicit, is that the Nigerian president should, without further delay, replace his official car, a German-made Mercedes Benz, with a Nigerian-made Innoson brand.

Interestingly, not long after the made-in-Nigeria policy went public, instead of patronizing Innoson Motors, the sole local auto manufacturing outfit, the Federal Executive Council (FEC) hurriedly approved a whopping sum of N683, 613 million for purchase of 19 Made-In-Japan Toyota vehicles for the Nigeria Ports Authority (NPA). According to the Minister of Finance, Zainab Ahmed, the justification for the abrupt breach of the policy is that the need for the foreign vehicles predated the COVID-19 pandemic. As if her logic lacks in folly, the Minister of Transport, Chibuike Amaechi, followed that the approval became necessary, because “it’s the first time in four years that NPA was buying any vehicle.”

The simple takeaway from both Ahmed and Amaechi is that Nigerian leaders embrace lunacy as legacy. This goes without saying that the rationale behind the choice of the foreign vehicles over local brands has nothing to do with the common good. Instead, it has everything to do with the manic competition for financial profligacy among the different arms of the Nigerian government. The decision by the Executive arm of government is merely to outdo the wastefulness synonymous with the Nigerian Legislature. The NPA squander dittoed the Senate, which not long ago rejected Innoson only to launder over N5 billion for Toyota brands. The House of Representatives would also double down to sink another N5 billion into Toyota Camry saloon cars in place of moderately priced Innoson jeeps that are specially designed and tested for the Nigerian roads.

This pattern of lavishness by public officials, particularly under the prevailing COVID-19 crisis, is plain cold-blooded. It is impunity going too far. But President Muhammadu Buhari must own full blame. Though his call to patronize local products is commendable, he is neither able to influence his appointees to implement the policy nor able to lead by example himself. Rather than demonstrate patriotism, by proudly using the Made-in-Nigeria goods that he preaches, Buhari appears to be emulating the ostentatious style of the regime before him.

President Buhari should quickly revert to the tenets of his 2016 “Change Begins with Me” slogan. The core principle demands that he declares Innoson as the official brand for all government agencies, beginning with the Presidency. If a General Buhari, as a military head of state, could endear himself to the Nigerian people over 30 years ago, by embracing jagged foreign Peugeot—then assembled in Nigeria—as a badge of honor, it is only patriotic for him to replicate such gesture for wholly made-in-Nigeria vehicles.

It is worth mentioning, however, that the Innoson Motors is on record to have stated that the company has seen more patronage from the Buhari government than the one before it. That is commendable, at base. But the mediocrity of the previous regime can never be substituted as a gold standard for success.

President Buhari is a man widely known as ascetic and who assumed power on the mantra of revolutionary change. He should, therefore, embolden his change vision, as well as the authenticity of his policy on local goods, so that others can follow. The message, if it is not already explicit, is that the Nigerian president should, without further delay, replace his official car, a German-made Mercedes Benz, with a Nigerian-made Innoson brand.

The COVID-19 pandemic has combined to plunge Nigeria into an economic miasma and true change has become inevitable. The leaders can no longer afford to carry on business as usual. In short, besides leading by example, it has become imperative for President Buhari to remind public officials that the country risks a serious mass revolt, if they continue to swim in ocean of affluence while submerging the masses deeper and deeper into abject poverty and despair.