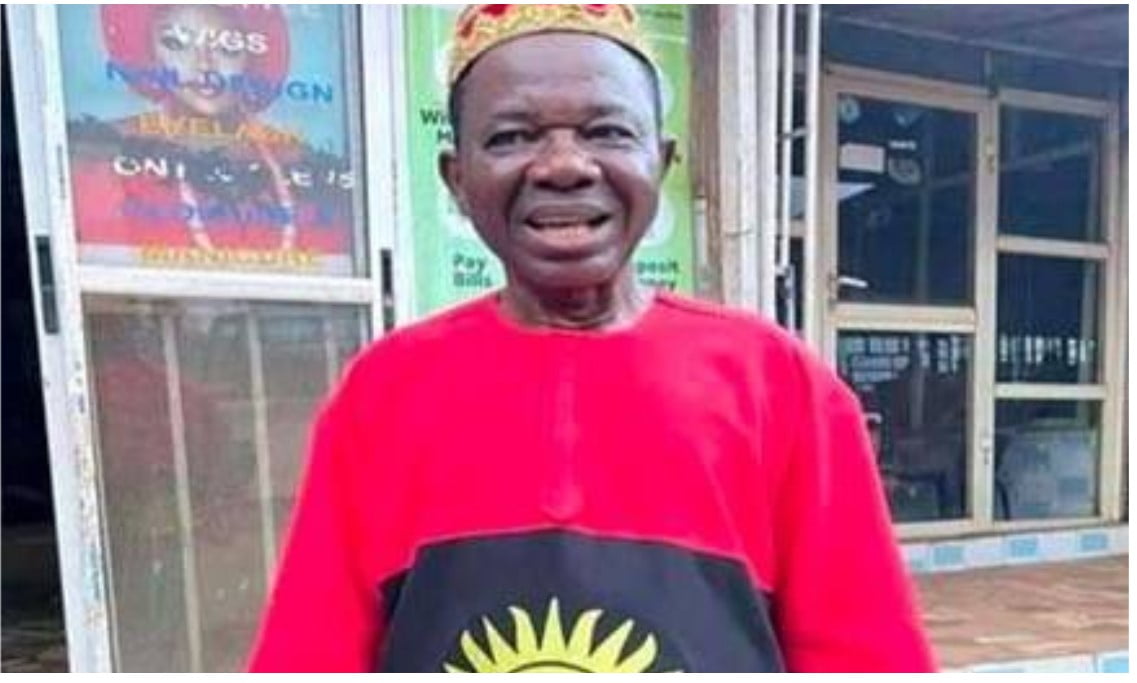 However, the arrest has not been independently confirmed as DSS spokesperson have kept mum – neither denying nor confirming it.

Nevertheless, the Actors Guild boss said his organisation has been working the phones and activating contacts to effect Agu’s release.

“The AGN is aware that the DSS has picked up Chiwetalu Agu after the Nigerian Army arrested him,” Rollas said today.

“We are currently working on securing his release.”

Recently, the multi-talented actor has been having a running battle with the authorities since he began wearing clothes with distinct symbols.

The army interpreted the colours – black, red and green with a rising sun embossed – as Indigenous People of Biafra(IPOB) symbols. The actor has, however, vehemently protested his innocence.

He was subsequently picked up at Upper Iweka Road Onitsha two days ago, accused of inciting people and recruiting members for IPOB

In a video that went viral after his arrest, he said the colors were “civilian dress.”

“This is sun, rising sun, not Biafra, not Eastern Security Network.

“With my education, I know areas to go (and) areas not to go,” the 65-year old said to his captors.

His mission at Upper Iweka, he said, was to share bread to the hungry and not to recruit members for IPOB or any other organisation.

In the interim, the Nigerian Army continues with a military exercise in the South East codenamed Operation Golden Dawn.

Gen. Yahaya said Operation Golden Dawn will deter hoodlums, kidnappers and cultists, step up surveillance during the Christmas season, and return the region to socio-economic activities.

The operation will also target “proscribed terrorist groups in the South East,” an Army Commander said.

Enugu Metro… beyond news to opportunities