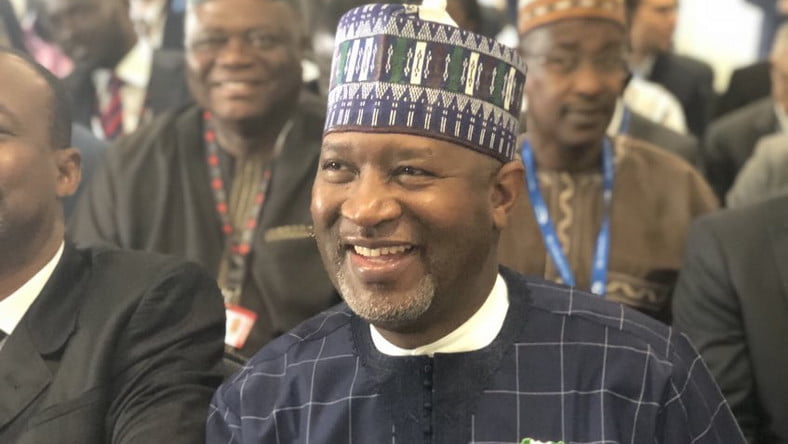 … plans to relocate to Enugu for work

… airport being constructed to be the best

Senator Sirika told members of the House of Representatives – whom he met yesterday at the National Assembly to defend his Ministry’s 2020 budget yesterday – that contractors will soon mobilize to the site and that he plans to temporarily relocate to Enugu to directly oversee reconstruction work in progress.

According to him, by the time the work is done, the Enugu airport will become one of the best in the country.

His confidence has been buoyed by the president’s directives to all concerned agencies to work together to deliver the airport rehabilitation project on time, he said.

President Buhari had on 17 October approved a N10billion Naira request made by Sen. Sirika for the project, on the same day that a delegation of South East leaders came to Aso Rock to pay him a visit and plead for federal remedy on decaying infrastructure in their region.

Sirika also told the legislators that he has confidence that the Governor of Enugu State, Rt. Hon. Ifeanyi Ugwuanyi, will fulfil his own part of the bargain by providing a conducive atmosphere for work on the airport to be carried out smoothly.

He specifically mentioned the issue of houses built close to the airport terminal which he said must give way for the airport to achieve its objective of becoming one of the best in Nigeria.

The Enugu State Government has already met the other demands made by federal agencies, including closure of Orie Emene market with its abattoir and dismantling of a local radio station mast at Ngwo that was obstructing air traffic.

The Minister spoke extensively on work at the terminal buildings of the two major international gateways – Murtala Muhammed International (LOS) in Lagos and Aminu Kano International (KAN) in Kano – which are being constructed with a $500million loan sourced from the China Exim Bank.

Sirika said that the Buhari administration has recognized additional work needed to be done to get the airports to world standard, including changes in structural design, foundation footing and escalators, provisions for biggest modern aircrafts, change in departure and arrival floors to connect with railway stations, provision of adequate power supply to ensure all facilities are put to use, and relocation of both the Control Tower and the Fire Service Station.

This, he said, has resulted in “the need for variation and additional works to the tune of $461,795,551.02 which has been approved by the Federal Executive Council (FEC).”

“The President has graciously approved 50 percent of this sum and in three months we are expecting the balance of the remaining 50% of the money.”

He disclosed that work on the new terminal buildings being constructed for the two airports will be completed before the end of December 2019.

On the issue of hygiene at MMA Ikeja, Sirika said that Lagos is the only airport that has this challenge, out of 22 airports in the country.

The reason for this, he said, is that the airport, which was originally built to accommodate 200,000 passengers a year, is today battling to cope with about 8million passengers a year, a surge in traffic that has made it challenging to keep the MMA Ikeja clean, he said.