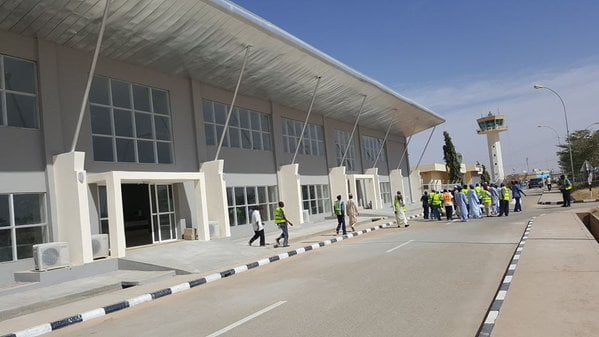 In exactly seven days from today 18 August 2019, the international airport at Enugu will be shut down for repairs of its runway, according to a spokesperson of the Federal Airport Authority of Nigeria (FAAN), Ms. Henrietta Yakubu.

Yakubu, who is the General Manager of FAAN in charge of Corporate Affairs, said in the statement she personally signed that the runway shutdown will enable the federal authority to effect “major repairs.”

The statement was however short on details; neither the nature of the work to be done which constitutes “major repairs” nor the duration of such repairs were communicated to the public in the statement.

Ms. Yakubu merely stated that “a date to reopen the runway would be communicated in due course.”

Since the Akanu Ibiam International Airport Enugu has only one runway, the planned repairs will practically shut down business at the airport for an indefinite period.

FAAN says it has already communicated this bad news to airlines, passengers and other airport users of the planned closure. Now, only Airpeace Airline is operating domestic flights to Enugu, while Ethiopian Airlines continues to operate the only international flights from the airport.

Airpeace has endorsed the move by the Government, hoping that this would lead to everything being put in place within the period of closure to place Enugu among the best international airports in the country.

“We plead with the federal government to make the airport a 24 hours flight operations airport by improving the night landing infrastructure,” Allen Onyema, Airpeace Chairman said.

The state of the airport runway has raised concerns in the recent past over passenger safety. Mrs. Yakubu mentioned in her statement that the airport closure is aimed at resolving existing safety and security concerns to flight operations.