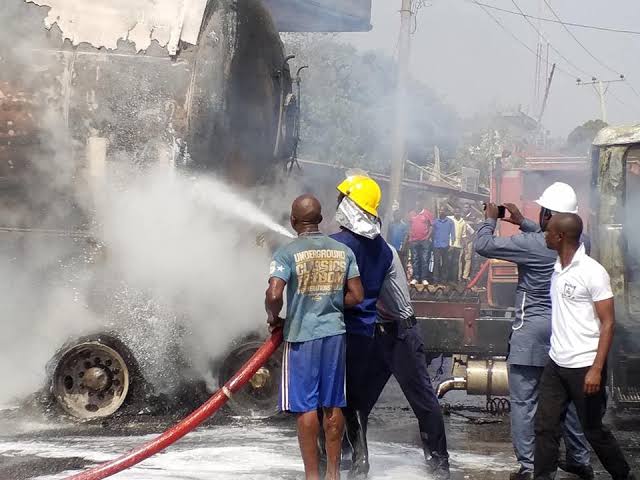 The Enugu State Government has directed the State Fire Service to do a quick assessment of its preparedness to handle fire emergencies and report its findings for remedial action.

Although the directive was said to be in preparation for the upcoming harmatan season, the State Government is apparently taking a cue to mount a proactive response to fire outbreaks, following a poor response by firefighters when a conflagration began to lick at a popular international market in Anambra State.

The popular Ochanja Market in Onitsha went up in flames last week when fire was ignited from a fallen fuel tanker lorry. Goods and lives were lost in the inferno.

Secretary to the Enugu State Government, Prof. Simon Ortuanya, who disclosed the directive from Governor Ifeanyi Ugwuanyi, said the fire agency will visit all disaster-prone locations to assess their fire defence infrastructure.

According to Ortuanya, the fire team will assess existing safety measures “including access roads to and within the areas with a view to enhancing them for maximum effectiveness.”

Among the locations listed for the assessment visits are marketplaces, housing estates, satellite towns, and suburbs.

The Agency was asked to meet with leadership of market unions and other relevant stakeholders in the course of the assignment.

In his first term, the Enugu State Government had constructed five new fire stations across the state and had approved funds for fire trucks and other equipment meant to respond speedily to fire emergencies.