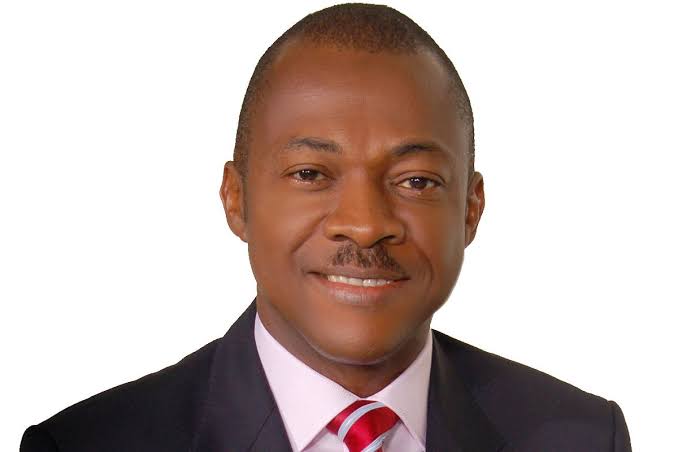 Former Governor granted an interview to The Sun and clearly stated that Enugu never had a zoning agreement ever. This is an extract from an interview granted to The Sun newspaper in 2018.

In this installment, former Gov Sullivan Chime discloses why he has always been against Sen Ike Ekweremadu. He also confirmed that Enugu has not been practising zoning of governorship office since 1999.

What would you say was your greatest challenge in your eight years as governor?

Before we came in, security in Enugu was nothing to write home about; people left Enugu; they were so scared and Enugu being home to all as capital of old Anambra State; East Central State, Eastern Nigeria and even Southern Nigeria at a time; the home to all the Igbo became unsafe.

So, it was a major challenge that we had then. My experience as Attorney General helped me to at least know what the issues were. We were able to handle it very well; moving from that low and very disturbing situation, we became the best, not one of the best. We became the state with the least crime rate in the country.

When the issue of succession came; the current governor, Chief Ugwuanyi was not your preferred candidate, was he?

Who told you? I had no candidate (and) I allowed the people to make their choice and they came up with him. I made the people of Enugu North a promise that whoever they chose, I will support. Whatever exercise that they went through that threw him up was not the issue; we supported him.

Question: Why couldn’t you go to the senate when you attempted doing so?

I didn’t attempt going to the senate, there was no such aspiration. In 2013, when we were holding a town hall meeting in Nike Lake Hotel, one journalist asked that since I was leaving office, which zone will succeed me as governor.

When Chimaroke Nnamani became governor, it wasn’t zoned to Nkanu. He won against somebody from the West, even in his re-election bid. When I contested, it was free for everybody, people from the North, from the East, from the West, the same thing during my re-election.

Then I said fate had made it that the East had done their two terms, myself in second term at the time, I said it will only be fair that we take it to the North to reduce tensions and I promised to work towards it.

That was how it happened. We zoned it to the North, not that there was any agreement; it was common sense to reduce problems. I was the leader and I took that decision.

So the people of Enugu never sat down at any time to agree on zoning of positions?

Which people? I was the leader and I took a decision, which was very easy to sell. Everybody that heard it supported that decision. Incidentally, I didn’t know my senator was actually warming up to be governor and when he heard that pronouncement, everywhere; every paper was full of attacks from him, attacking me, saying when did they reach such decision? Of course, I ignored him.

In 2015, he wanted to go back to the senate and wanted a situation where I will be asked to either allow him to be governor or choose the governor and allow him to go back to the senate. I called his bluff. I had a good understanding with the president, with the then National Chairman of the party, Adamu Mu’azu, so he hadn’t access to those people and he became frustrated and he ganged up with members of the National Assembly to cause trouble in Enugu State.

They had few friends with members of the National Working Committee (NWC) of the party. That was when PDP was really having problem. You take decision in the state and one clown at the NWC will change it; cause confusion.

It wasn’t easy for him. So, that was when that idea came up that I was going to the senate, but I didn’t buy any form; I didn’t do any of that. They floated that just to bring him backto his senses. So, he came to me and he pleaded and I gave it up, I told him it was not a do-or-die affair, but for him to go to the senate he must abandon his colleagues and immediately he did it, all the people he had planned with to cause trouble, that was how he was able to go back, so I never aspired to go to the senate. What am I doing with it?

Was it true that Ekweremadu made you leave PDP because you were afraid of his towering image in the party?

Next year (2019) we will know how towering his image is. What towering image? I am not aware of any towering image, he has always been a senator, comparing himself with the governor was ridiculous, he is a senator.

Are you saying you would have stopped Ekweremadu if you wanted to?

Precisely! If he hadn’t come to beg, that would have been the end of his (whatever ambition) completely. He can say anything now, but if he succeeds next year, then we look forward to 2023.

Editors Note: Ekweremadu succeeded in 2019 against Chime’s prediction and we are now in the 2023 cycle. It does look as if everyone anticipated what is going on now. Read the original interview here.