Enugu State voters will head to various polling booths this morning, Saturday 29 February 2020, to elect 17 local government council chairmen and 260 councilors that will manage the affairs of the third tier of government in the Coal City State. 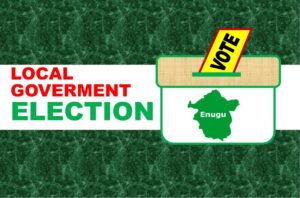 The local council election is being overseen by the state electoral umpire, the Enugu State Independent Electoral Commission (ENSIEC), led by Dr. Mike Ajogwu, a senior lawyer and professional arbitrator.

ENSIEC says that it has concluded every arrangement to conduct a credible election today, according to its administrative secretary, Mr. Tagbo Nnama, who briefed reporters on preparations for the elections.

Some political parties have however doubted the readiness of the electoral umpire to conduct a free and fair poll, based on issues they identified such as late release of forms for opposition parties, recognition of list of aspirants from factional groups within opposition parties, inability to hold a stakeholders meeting with the parties, and keeping mum on hiring of ad-hoc staff for the election.

The parties themselves, especially the main opposition All Progressives Congress (APC), appear not to have overcome logistics and internal strife to mount a credible challenge to the ruling Peoples’ Democratic Party (PDP) in the State.

APC’s woes are compounded by the fractionalization tearing the party apart in the State, which raised the prospect of two separate list of names being submitted to the Commission.

In the buildup to today’s election, a faction of the APC led by Okey Ogbodo told newsmen that the APC will not participate in the election. Another faction led by Comrade Adolphus Ude said it had submitted to the Commission a list of 12 chairmanship candidates for the election. However, the Chief Ben Nwoye faction, said to enjoy recognition of both INEC and the party’s national leadership, said APC will fully participate in the election and had submitted names of candidates for all elective positions.

Chief Nwoye specifically accused ENSIEC of inadequate preparation especially by sending forms for opposition candidates less than 30 hours to the deadline for submission.

His call for a postponement of the election date as a consequence was flatly rejected by both ENSIEC and one other political party.

ENSIEC calmed nerves by assuring APC that if it became necessary to extend the timetable for submission of forms, it was willing to consider the possibility, but not election postponement.

“I do not think that anybody that is willing to participate in the election will have any problem. Adjusting the date within which candidates are to submit their nomination forms will not be a problem,” ENSIEC Admin Secretary, Nnama, told newsmen.

The African Peoples Alliance (APA) on its own said it opposed postponement for a different reason, even though the party believes that the Commission did not appear to be ready for the election.

“We are against the appointment of caretaker chairmen in the councils as is the case now. So, it will be an aberration for us to call for postponement of the election,” according to APA state chairman, Mr. Chukwunonso Ogbe, who is himself running for chairmanship of Enugu South.

“The commission only deemed it wise to initiate this process following the protest that greeted the unwillingness of the state government and ENSIEC to conduct the election within the time envisaged by law.

“It is better to hold ENSIEC responsible for success or failure to organize a credible election, since it claims to be ready,” Ogbe said.

The ruling PDP has managed to weather internal dissensions to push forward an exclusive list of candidates for the election by tightly controlling sale of aspirant forms for primaries.

Disgruntled aspirants pointedly accused PDP State Chairman, Chief Augustine Nnamani, of hoarding the forms and selling only to single candidates for ward and chairmanship slots in each local council area.

Following this strategy has effectively checked the ambitions of other chairmanship and councillorship aspirants to participate in the process, they said.

Disfavored aspirants from Nsukka and Udi Local Government Areas have challenged the process for lack of transparency and inclusiveness, and for being against the party constitution which requires that all aspirants be given an opportunity to participate in election primaries.

Despite repeated cries of marginalization by the disfavored aspirants, the PDP has managed to powerfully push ahead to today’s elections with it’s adopted list of candidates endorsed in primaries across the local councils.

The party also ran a tight race that involved carnival-like campaigns in all 260 electoral wards in the State, a feat that was not equalled by any other party.

The PDP campaigns kicked off at Ikem, headquarters of in Isi-Uzo Local Council and ended with a grand rally at Orba, the Governor’s hometown in Udenu Local Council.