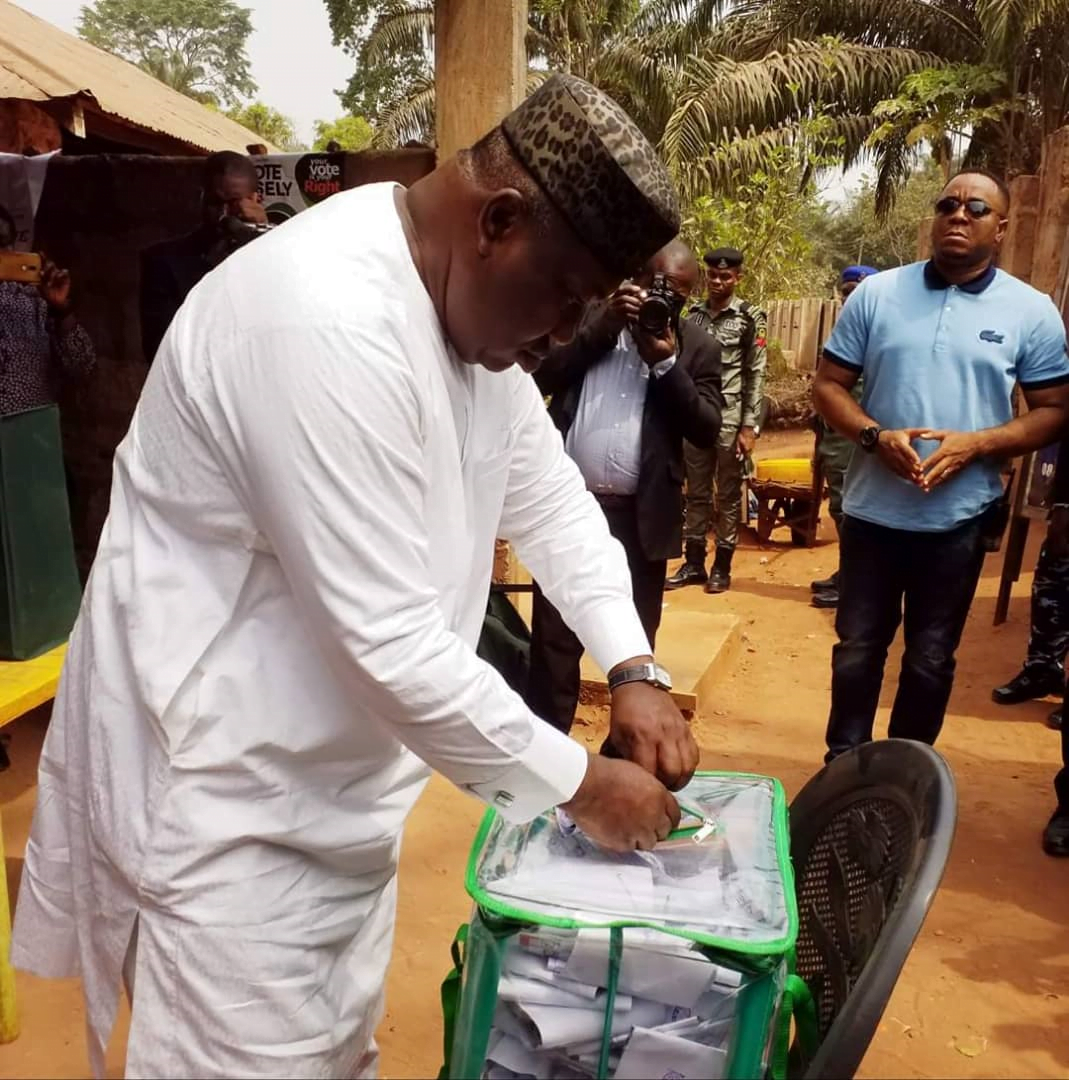 The elections will lead to emergence of 17 chairmanship and 260 councillorship positions in the third tier of government in Enugu State.

Both the ruling Peoples’ Democratic Party and opposition party agents and candidates have generally commended the process installed by ENSIEC which has led to peaceful conclusions of the voting process in virtually all polling booths in the state.

Voting closed at about 3.00 p.m. or earlier in most of the units monitored by eMetro News across the state.

Reports monitored across the state however show that voter apathy was high, resulting in poor turnout at most polling booths visited.

An election observer group led by one Samuel Onoja addressed the press even before close of polls to praise the process and to commend voters for massive turnout.

Onoja described the council elections as “peaceful, transparent, free, fair, and devoid of violence” and then turned around to praise Governor Ifeanyi Ugwuanyi  for promoting a peaceful environment for the polls.

The Governor himself voted at about 11.15 a.m. at Amube Ward II in his Ohom Orba town in Udenu LGA.

New Agency of Nigeria reporters who monitored the election at various booths across the state however confirmed that there was considerable voter apathy and late accreditation in “most polling units in Enugu East, North and South, Igboeze North and Nsukka Local Government Areas.”

A chairmanship candidate who described the election as “peaceful” said he was nevertheless surprised that ENSIEC officers in his Ward were forcing voters to thumbprint in their presence.

At the time of this report, the vote tallies are being collated and it is expected that ENSIEC will announce most of the results this evening or on Sunday morning.