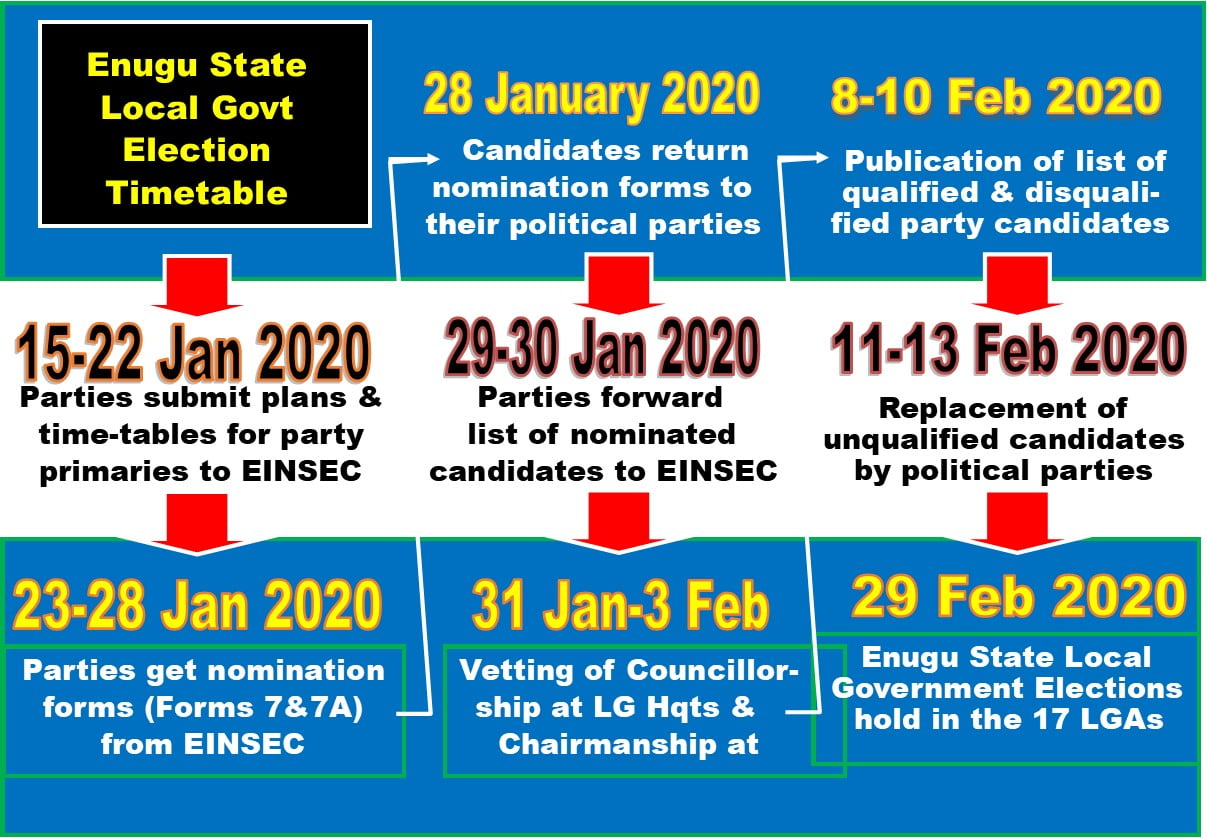 As expected, the Peoples’ Democratic Party (PDP) has won all 277 elective positions contested for yesterday, 29 February 2020, at the 2020 local government council elections held in Enugu State of Nigeria.

In the result announced today by the Enugu State Independent Electoral Commission (ENSIEC), the State ruling party candidates were declared winners of the 17 chairmanship and 260 councillorship positions contested for yesterday across the state.

Chairman of ENSIEC, Dr. Mike Ajogwu, who announced the results this afternoon at the Commission’s headquarters in Independence Layout, Enugu also delivered certificates of return to the 17 successful PDP chairmanship candidates.

eMetro News also learnt that the 17 winning chairmanship candidates will be sworn in tomorrow, Monday, 2 March 2020, at a ceremony in the Michael Okpara Square, also in Independence Layout, Enugu.

The list of PDP chairmanship candidates who were announced as winners in their various local government councils are as follows:

State Chairman of the PDP, Chief Augustine Nnamani, thanked the people of Enugu in a statement he released a short while later.

Nnamani described the elections as a “peaceful and credible exercise” and praised the security agencies for their professionalism and commitment.

He also thanked Gov. Ifeanyi Ugwuanyi for “providing an enabling environment for the conduct of the elections” and praised ENSIEC for “providing a level playing ground for all the participants.”

“The PDP will continue to grow from strength to strength in Enugu State,” he declared.

Other political parties who lost the elections have not reacted at the time of going to press.