… as Catholic priests protest killings of colleagues in Enugu

The Enugu State Security Committee rose from an emergency meeting a an hour ago and resolved to immediately launch air surveillance of the Awgu sector of the Enugu-Port Harcourt Expressway where bandits have launched ferocious attacks on motorists and villagers in their farms. 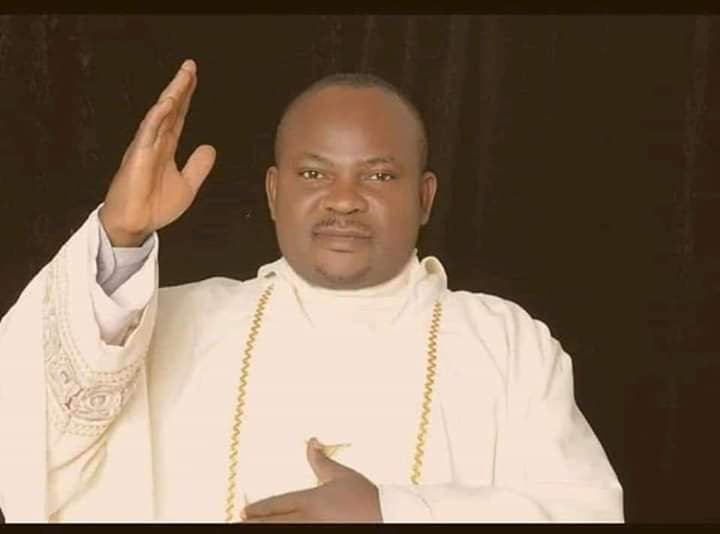 State Commissioner of Police, Mr. Suleiman Balarabe, who briefed newsmen after the meeting which held at Government House Enugu, said the surveillance has become necessary because of several reports of kidnapping and highway robbery, which climaxed yesterday with the cold-blooded murder of a Catholic Priest, Rev. Fr. Anthony Offu.

Helicopters will now overfly the dangerous Nkanu-Udi-Awgu axis where the bandits have of late been terrorizing motorists and villages going to their farms.

The Commander also said the idea of deploying forest guards to comb the forests of the South East is a welcome development.

While the emergency security meeting was going on, hundreds of Catholic priests from the Enugu Diocese stormed the Government House with leaves and placards to protest the killing of their colleague, Rev. Fr. Offu.

They were met on the steps of Lion Building by Governor Ifeanyi Ugwuanyi who listened patiently as the priests told their tales of woe.

Fr. Offu is the third victim of violent attacks on priests from the diocese and the second priest to die from the attacks.

As soon as they finished registering their protest to the Governor, the priests immediately turned and matched away, not waiting for a response.

The Governor had no other option than to return to the security committee meeting where far-reaching decisions were taken to deal with the menace of robbers and kidnappers along the Enugu – Port Harcourt Expressway.

News of the murder of Rev. Father Offu yesterday 1 August 2019 sent shock waves around the State.

The Enugu Diocese of the Catholic Church had summoned an emergency meeting of all priests to re-strategize on security of their pastors who work in rural areas of the State.

It was at this meeting, which held at the Holy Ghost Cathedral, that a decision was taken to protest the killing of priests to the government.

Father Offu was shot and killed as he was returning from a visit to a brother priest at Agbudu in Awgu Local Government Area.

No arrest has been made on the murder but there are speculations that he was waylaid by herdsmen at the lonely road where they shot at his car. There has, however, been no independent confirmation of the identity of the attackers.

The body of the priest has been deposited at the Catholic Hospital in nearby Ihe town, the Mother of Mercy Hospital.