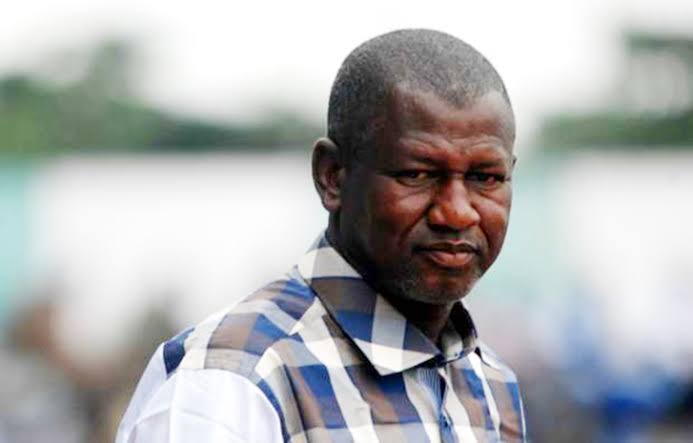 Enugu Rangers International FC hires Coach Abdul Maikaba as new Manager to guide the team through the new season, it was announced today.

Maikaba takes over the job of Technical Adviser from erstwhile Coach, Salisu Yusuf. Yusuf returned to his former job as a technical hand in the national team, the Super Eagles, officials said.

On arrival, Coach Maikaba visited Rangers office to familiarize himself with the setup and to meet with backroom staff.

The Coach told Owumi that he was elated at the prospects of managing a legacy team.

“I am happy to be here. It is the dream of every Coach in Nigeria to be in Rangers and here I am today!

“I am ready to hit the ground running,” he said.

He asked for sustained equipment and logistics support to help him along as he gets cracking.

“We are happy to have you in our Technical Crew as the Technical Adviser (and) officially welcome you to Enugu.”

The General Manager urged the new coach to apply his wealth of experience in Nigeria’s Professional Football to the job.

Maikaba then went over to the Administrative Secretary, Ferdinand Emeka Ugwuerua.

He was handed the keys to his official car and shown an apartment at the upscale Independence Layout, Enugu as his new home.

Finally, Maikaba met with Head Coach Mangut Mbwas who welcomed him on behalf of the other coaches.

Later in the day, Coach Abdul Maikaba watched the evening training session of the Rangers Football Club at The Cathedral.

Coach Abdul Maikaba signed a two-year contract with Rangers and will therefore manage the Club for two seasons.

The Coach is a fairly experienced handler who managed big clubs including Enyimba FC and current champions, Akwa Ibom FC.

He is also a big fan of the Flying Antelopes and has never hidden his admiration. Last August, when his team, Plateau United, was defeated 2-0 by Rangers at the very last match of the season, the Coach was not bitter.

“Rangers is a good team any day. Today is not an exception from one of the ancient Clubs in Nigeria,” he said at the time.

He took on the Plateau United FC job on 20 October 2018, also for two seasons.

He was also at various times coach of Wikki Tourists (2016) and managed Nigerian’s U-17 Team for four months.