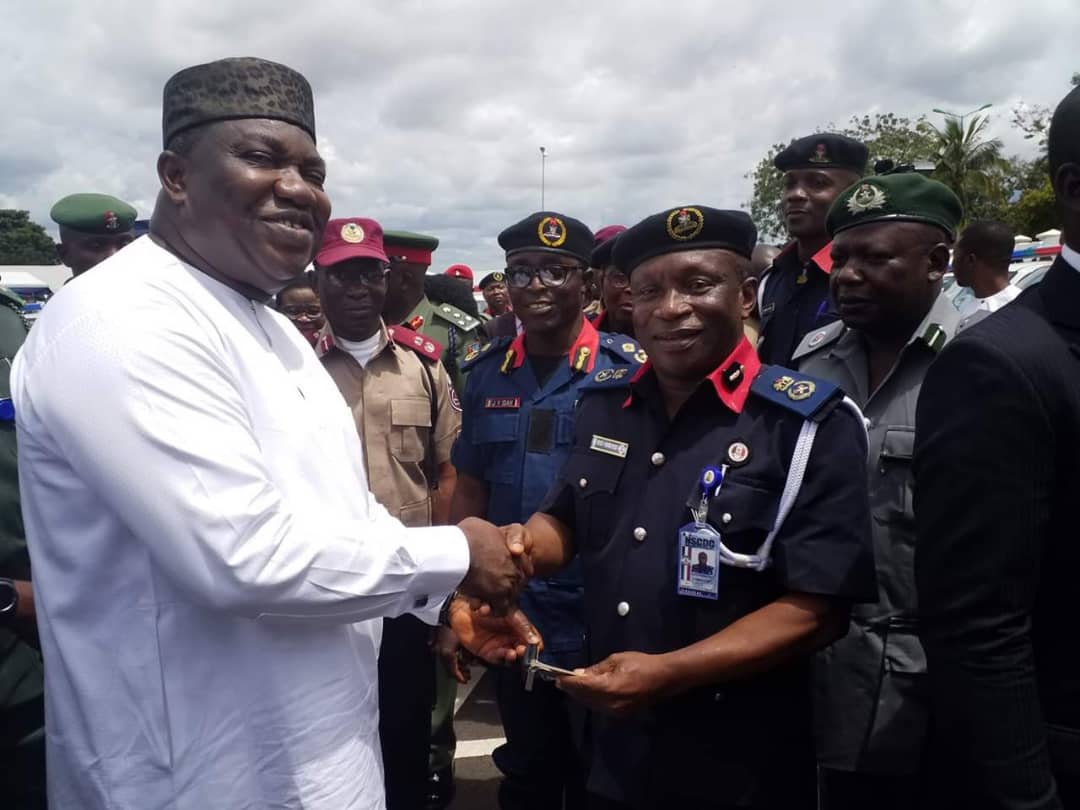 The keys were received on behalf of the agencies by the Ag. General Officer Commanding the Army’s 82 Division Enugu, Maj. General Lasisi Adegboye, the State Commandant of Security snd Defense Agency, Everestus Obiyo, the State Director of DSS, Abinbola Linkinyo, and the State Comptroller of Immigration Services, Ayodele Arogundade.

The vehicles have been shared among the following Federal Agencies operating in Enugu State: Army, Airforce, Department of State Security, Security and Civil Defense Corps, Drug Law Enforcement, Immigration, Customs, and the Agency for Prohibition of Trafficking in Persons.

Only last week the lead agency for crime fighting – the Nigeria Police – received 65 of the 100 operational vehicles promised by the Governor, all of them branded pickup vehicles built by a local manufacturer.

The Governor pleaded with the security chiefs present to ensure that the vehicles were strictly deployed to security duties.