Enugu: The case for urban reclamation 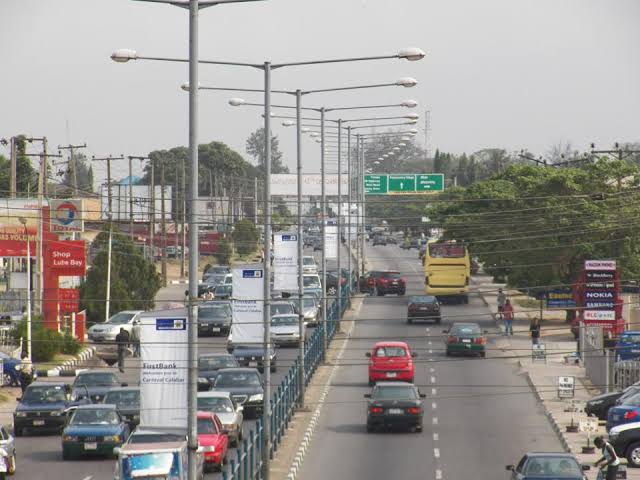 A city loses its soul when its original masterplan is desecrated to such extent as has been witnessed in Enugu. What sort of rationalisation can be made for the indiscriminate conversion of streets and buildings assigned as residential areas to commercial use?

Demolition of structures – including undoubtedly illegal ones – is often a highly emotive subject. So the intense debate arising from the ongoing urban renewal drive of the Enugu State government aimed at reclaiming the capital city’s masterplan is clearly understandable.

The beauty of cities is in their livability. A city loses its soul when its original masterplan is desecrated to such extent as has been witnessed in Enugu. What sort of rationalisation can be made for the indiscriminate conversion of streets and buildings assigned as residential areas to commercial use? And how can the unconscionable conduct of traders who knowingly encroach on thoroughfares with their wares and through indiscriminate extension of shops be ever justified?

When traders spill onto streets and substantially reduce the widths available to vehicles, it is not just a municipal blight, it denies every other rightful residents an unimpeded access through a general infrastructure. Besides, it limits the capacity of agencies (fire service, ambulances, etc) to respond to emergency situations.

Indeed, the scale of municipal blights seen across the Enugu metropolis begs the question how such could have been allowed to fester over the years and not nipped in the bud as it should. Was it the desire to be politically-correct or sheer willingness to elevate commerce above aesthetics and the common good? Whatever instincts may have impelled past administrations to overlook these obvious infractions will only be conjectural. But it is defeatist to simply carry on like the malaise is one that cannot be helped and should, as a result, be lived with.

The ongoing decluttering of major streets … (will) make Enugu a green and livable city that ranks high as an investment destination. Returning Enugu to its original masterplan is as much an aesthetically-driven project as it is an economic imperative.

There is also an inherent hypocrisy – no matter how cleverly disguised – in the debate about the propriety of the government’s action. Critics of the current urban renewal do so mostly from a comfort zone. None would have themselves tolerated the misery which traders of items like building rods, water tanks and sundry building materials had subjected residents of Uwani for over 20 years. However, residents of those areas whose lives are daily impacted adversely by the activities of the traders have been heaving a huge sigh of relief. The same goes for members of the public who have ever had a reason to commute through Kenyatta and some adjoining streets in Uwani.

Although largely expedient and preceded by an extended notice to the affected traders, the discomfort wrought by the exercise cannot be glossed over. But whatever pain it creates is mitigated by the fact the traders have not been left in the cold; they are in fact relocating to a much larger and fitting space conducive to their kind of business.

As a result of its historical status as capital during different political epochs beginning from the Eastern Region through East Central State and old Anambra State, Enugu has since the discovery of coal in 1909 been a melting pot, drawing hundreds of thousands from surrounding hinterlands and distant communities seeking better economic opportunities. This has been the case for years because the capital was perceived as the only escape from the drudgery of rural life, resulting in the city’s population growing to a level that puts an unbearable pressure on public space and utilities. Governor Ifeanyi Ugwuanyi had long realised the implications of this dilemma and has always been determined to find a lasting solution. That determination can be seen in the huge funds the administration has so far spent on projects in rural areas, a good number of which had never hosted one in their history.

The resolve to give rural dwellers a practical taste of inclusive governance is also at the heart of this statement made by Governor Ugwuanyi in his inaugural speech, and voiced repeatedly to emphasize his commitment to its actualisation: “We will continue to direct our policies and projects towards these locations (rural areas) because that is where most of our people reside.” The goal is to create additional urban areas and expand economic opportunities which, ultimately, will ease the pressure on the capital.

The ongoing decluttering of major streets is an Ugwuanyi administration’s vision to make Enugu a green and livable city that ranks high as an investment destination. So, returning Enugu to its original masterplan as the city’s founders had intended is as much an aesthetically-driven project as it is an economic imperative. Perennial traffic gridlocks may give an impression of extensive commercial activities, but mirroring viability through this decadent feature could be misleading as cities that constantly experience such can hardly attain their full economic potential. Such blight is actually a key hallmark of least livable cities. That is the reason Nigerian cities always rank low on global livability reports. There is, indeed, a correlation between cities’ livability status and their capacity to attract investments. That, in part, explains General Electric’s choice of Nairobi as headquarters of its African operations, and not Lagos despite its undeniably large market. It is the reason too cities such as Cape Town, Kigali and Accra are prime destinations for conferences and startups.
Governments regularly voice commitments to improving living conditions and eliminating factors that impinge on those goals. Their persistence, sadly, is often a bitter highlight of the chasm between rhetoric and action. Should the government have ignored the many municipal infractions which could result in Enugu’s descent into the kind of disorder that has made life in most Nigerian cities a nightmare? That would amount to political correctness if he did.
Had governments in the past risen above this populist sentiment and adhered scrupulously to its own laws, Enugu’s masterplan would not be so brazenly assailed because every flouting of physical planning laws will be stopped at the incipient stage. Someone always has to take that painful but necessary action for the common good. That is how societies develop and retain their character for centuries.

Nwatu, an archivist, lives and works in Enugu.