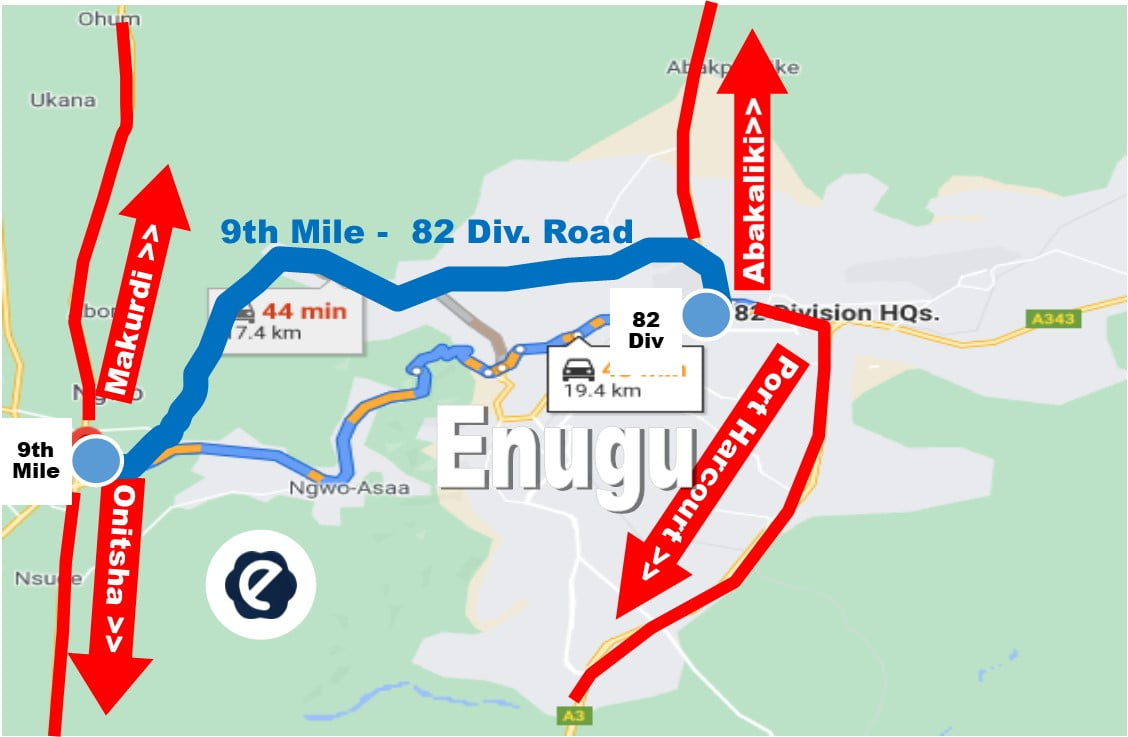 The Federal Government has mobilised RCC to begin construction and rehabilitation of the road linking 82 Division to 9th Mile Corner in Enugu.

If all goes to plan, RCC is expected to move equipment to the site between today 9 November and Friday 13 November 2020 to start the job.

There were social media speculations here in Enugu that the State Government had awarded the contract.

This followed public pressure on the governor to show compassion for citizens by taking up construction of the federal road.

However, State Government spokesperson, Nnayelugo Chidi Aroh, told Enugu Metro at the weekend that this is not the case.

“The State Government is not doing federal projects for now, but I can confirm to you that contract for the road has been awarded to RCC,” he said.

Nnanyelugo Aroh said he is confident that the federal contractor will move to site between today and Wednesday this week.

“The contractor (RCC) has already been given Engineer’s order … and is in the process of mobilizing to commence work,” he said.

This development will come as a huge relief to both residents of Enugu and travelers entering or leaving the city through its major outlets.

This is because the 82 Division to 9th Mile stretch is a critical link to all parts of the country from the Coal City.

From 82 Division in the City Centre, it directly connects the Abakaliki Highway to the East, and the Enugu-Port Harcourt Expressway to the South.

From the 9th Mile Corner end, it also directly connects to the Enugu – Makurdi Highway to the North and the Enugu – Onitsha Expressway to the West.

Over the past two years, the 17.5km stretch had taken a heavy toll on life and property before it completely deteriorated to become a death trap for motorists.

Google Maps currently estimates travel time of 45 minutes on the road due to its worsened state.

When it was first constructed, cars moving at moderate speed could cover the distance in 15 minutes or less.

Re-award of an old contract

Works & Housing Minister, Babatunde Fashola, had announced in March 2020 the re-award of the contract to the RCC.

The news appeared to have been drowned in the panic provoked by the onset of the Covid19 pandemic.

Fashola said then that the contract sum for the 15-kilomer stretch was for N29.4billion with a completion deadline of 24 months.

The Minister’s request to have the original contractor disengaged from the project was approved at the 11 March meeting of the Federal Executive Council.

The Council also approved his request to reaward the contract, he told state house reporters after the meeting.