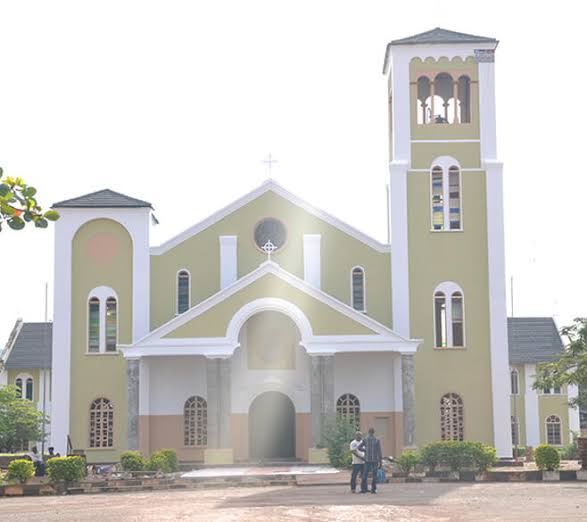 After what seems like a lull, following frenzied activities by the Enugu State Government to degrade their nefarious activities, the social media lighted up with reports of two lightning strikes by bandits and kidnappers yesterday in two local government areas of Enugu State.

In the reports trending in the social media, bandits were said to have killed a six-year old in Udi LGA and kidnapped a young Catholic priest in front of a seminary where he is doing spiritual work in Ezeagu LGA.

eMetro News can confirm that at the time of filing this report – 8.30 p.m., Tuesday 29 October 2019 – nothing has been heard from the abductors of Rev. Fr. Arinze Madu, since he was waylaid and taken yesterday in front of Queen of Apostles Seminary, Imezi Owa in Ezeagu LGA.

“We have not heard anything about him and we have not heard from him. At this moment, there is no ransom demand call, no word about his whereabouts and this is the part that is worrisome,” he said.

The information pieced together by our correspondents indicate that the bandits were actually laying ambush for the Reverend, a young priest who was ordained only a year ago and is yet to get a parish of his own.

Eye witnesses said the priest attempted to escape from his attackers on reverse gear but one of his tyres fell into a ditch and impeded his movement.
He was dragged out of the car and taken away and has not been seen or heard from since, Father Benjamin said.

The killing of the six-year old, Miss Kendra Uchechukwu Onyibor, is however still in the realm of speculation as efforts to get independent confirmation of the incident have so far failed.

A Facebook user who published the story on her page said the girl was returning with her parents from a baby dedication when they met an ambush of gunmen on the Eke-Egede Road who opened fire on their vehicle.

The girl and her mother were said to have been hit by the bullets and were rushed to a hospital where doctors battled for 24 hours to try to save her life but failed.

It was also indicated that the girl was buried today but the information about it has been sketchy. Where they are from, which hospital she and her mom were rushed to, which hometown she was buried are questions that no one has provided answers to.

Efforts made to reach the Enugu Police Command spokesperson, Mr. Ebere Amaraizu, by phone and via text messages to confirm the development have so far failed.

However, the Sun newspaper has reported not one but two attacks on the road, and stated that the Police confirmed the assault on Mr. Maurice Onyibor.

The newspaper also identified the victim’s hometown as Oma Village in Eke.