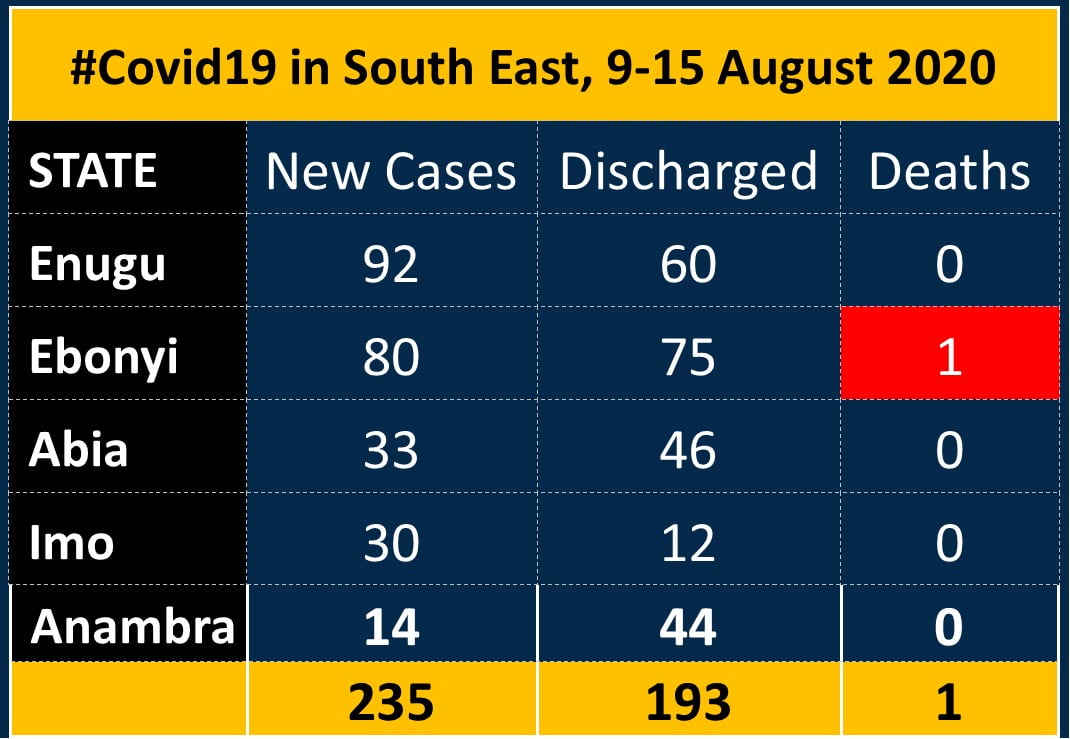 Hope is rising for the South East as it records one death last week, unlike penultimate week when 10 persons died in the region.

Since the pandemic hit the region, it has recorded 3,249 cases, of which 71 percent were discharged, a good record.

Death toll across the region stands at 2 percent of cases since the virus made a landing in the region.

In terms of recoveries, Imo state at 32 percent lags behind as less than half of her patients have recovered.

A total of 325 new cases were reported last night.

1m vaccinated against Covid-19 in Nigeria