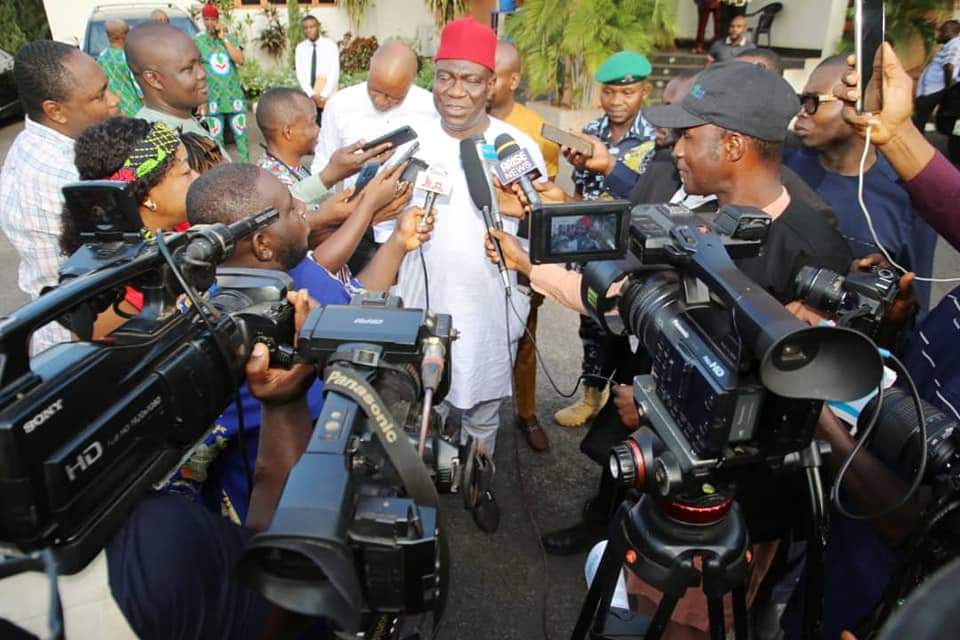 Senate Ike Ekweremadu yesterday recalled how he was nabbed by kidnappers but saved by God’s grace in year 2000.

He gave a testimony of the experience at his 60th birthday anniversary thanksgiving service held in Enugu yesterday.

“When His Lordship, the Bishop, spoke about some of my travails, he didn’t remember to say that I was kidnapped in the year 2000 at Onu Asata in Enugu Metropolis.

“I was taken to Anambra State. I went to one bush with the kidnappers and passed the night with them.

“The next day, I was taken to Benue State from Anambra.

“We later returned to Nsukka and just by the single grace of God, they let me go and gave me N1,500 for my transport.

“Not many people can be that lucky. So, I thank God and trust him.”

Enugu Metro dug out a record of the incident which took place on 10 September 2000. He was at the time the chief of staff to former Governor Chimaroke Nnamani.

No ransom was paid for his release, fueling speculations that the kidnappers wanted to use him to send a message to Governor Nnamani.

Yesterday, the Senator used his ordeal in the hands of the daredevil kidnappers to emphasize the necessity to give youths employment.

This, according to him, is because the high rate of crimes is directly linked to high unemployment rate across the nation.

He promised to meet the unemployment challenge in his home state if he is elected as governor.

The Senator said he aspires to be governor of Enugu State to continue his prior efforts to transform the State.

He said he has a lot to offer the state from his “national and international experience, exposure, goodwill, and contacts.”

“Today, by the grace of God, I am seeking the office of the governor of Enugu State.

“The idea is to create a completely new Enugu State where good governance will be showcased.

“We intend to deal with the issues of unemployment, which is affecting our society and creating the opportunity for crimes to thrive.

His blueprint for transformation includes promoting at least two industries in every local government to create jobs.

He will also harness agricultural and tourism potentials of the state which will boost revenue collection for development.

And he will make life easy for the people by building and maintaining world-class infrastructure, he said.

“By the grace of God, we will achieve more.”

The Senator asked for prayers and support but said that, ultimately, it is God’s will that will prevail.

“I submit myself to the will of God in this endeavor. Whatever is His will, may it be so in Jesus’ name.”

Ekweremadu reminded his audience that he was raised from “a highly challenged part of Enugu State.”

As a young man, he said that he beseeched God to lift him so he could upift his people

“I had a covenant with God early in life and asked for his mercy and favour so I could lift others up. I prayed God to give me an opportunity to be able to transform society and assured Him that if he did that for me, as a testimony and a constant reminder, I would build a church for Him.

“Since that covenant, God has never looked back in matters concerning me.

“So, this 60th anniversary is 60 years of thanksgiving. It is about 60 years of grace and God’s favour,” he stated.

He also said he fulfilled his part of the deal he made with God.

“God fulfilled his part of that covenant. I also fulfilled mine by building a Church for him at Mpu, my community.”

The Archbishop said he finds Ekweremadu as an outstanding legislator in Nigeria and best in the history of Enugu State.

He blessed the Senator for his contributions to the development of Enugu State and Nigeria and wished him well.

The sights and sounds of a celebration, as recorded yesterday. See photos