The Igbo Amotekun Must Not be a Convoy 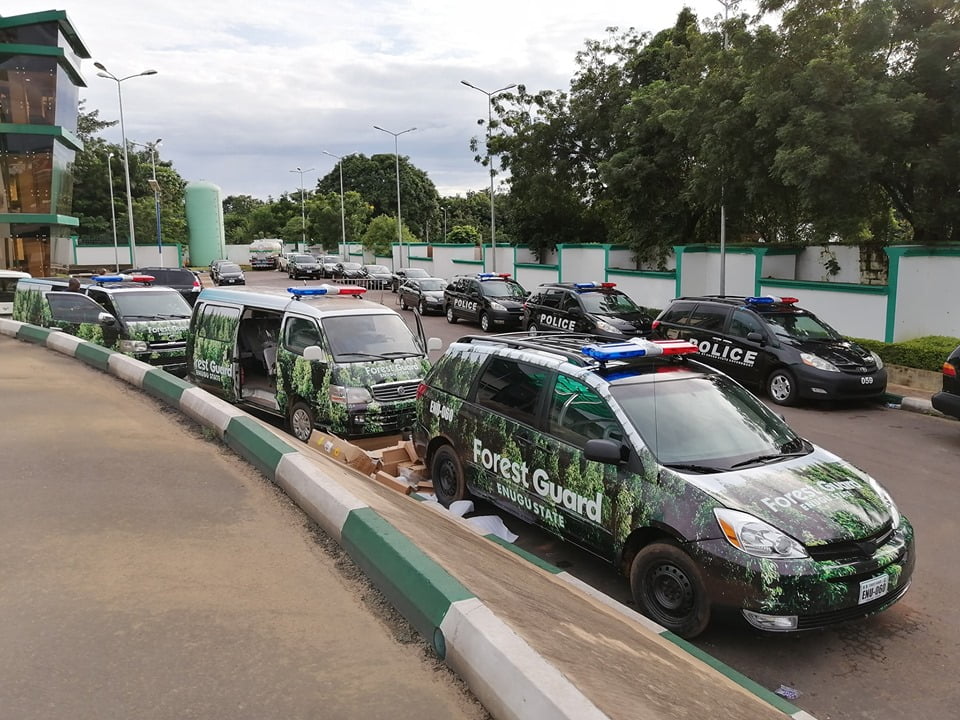 …instead of colluding with the police to promote convoys of individual security details, the South-East governors should harken to the yearnings of the masses and join their counterparts in the South-South zone by launching without further delay a true regional security network.

Tongues have been waging on why the South-East Governors Forum reneged on its initial plan to launch a regional security outfit in Igboland, similar to the Amotekun of the South-West. But the people should ponder no more: the sudden U-turn has everything to do with sheer selfishness.

Security crisis has become an existential threat in Nigeria. The South-West zone had been at the forefront of the campaign to restructure Nigeria to true federalism, arguing that such model would lead to a more progressive and safer nation. However, the campaign stalled on the altar of parochial political interest after the All Progressives Congress (APC), the majority party in the region, captured power at the center. But all that changed after July 12, 2019, being the day bandits murdered in cold blood Funke Olakunrin, the daughter of Pa Reuben Fasoranti, the leader of Afenifere, the apex Yoruba socio-cultural group.

Recognizing that their people must first survive before they can prevail, the South-West governors put politics aside and floated a revolutionary regional security network, codenamed Operation Amotekun, an arrangement that mirrors a true federal structure. The genius is that the South-West governors could no longer fold their hands and wait forever on the long-awaited restructure of the country nor continue to rely on inept federal police before securing the lives and property of their people.

Make no mistake about this: The Amotekun is not a bulletproof solution to the security crisis, but it is a common knowledge that mere emotion of fear stokes deterrence. The elaborate style in which the Amotekun was launched, coupled with its unique name, not only demonstrated unity of purpose in the region, it is also an eloquent statement that it is no longer business as usual. The optics quickly sent shivers to the spines of criminals who may entertain the thought of venturing into Yorubaland. More importantly, the Operation Amotekun would provide a new layer of security in the South-West amid waning public confidence in the Nigerian police.

Despite initial critics, the Amotekun has enjoyed broad support from the Nigerian people and beyond. The major socio-cultural organizations in the country representing the six political zones, namely, Ohaneze Ndigbo, Afenifere, Northern Elders’ Forum, Pan-Niger Delta Forum, and Middle Belt Forum lauded the development. It did not take long before a group in Northern Nigeria launched a regional security network dubbed Shege-Ka-Fasa.

In view of the worsening wave of insecurity in Igboland, the consensus, therefore, was that the South-East governors would emulate their counterparts in the West to float a regional security outfit. But the South-East chief executives looked the other way. Rather, they pandered to the federal government on the basis of a naïve political expediency and agreed to wait on a community police model that was proposed circa 2006 but is yet see the light of the day. To these governors, the status quo trumps regional security apparatus. Ironically, such view is coming from the same Igbo leaders who have been going around in recent times, heaping every blame for the lack of development in the zone to the long-awaited restructure of Nigeria, which they insist must feature regional autonomy. But there comes a time shenanigan gives way to common sense.

The truth is that the South-East governors decided to discard a new layer of security in Igboland, because the victims of insecurity are typically the ordinary people. Unlike their counterparts in the West where the gruesome murder of the daughter of a prominent politician provoked a sense of urgency in Yorubaland, the Igbo politicians have had no cause to question their own sense of invincibility. The nonchalance, of course, is hinged on the fact that the Nigerian rich and famous enjoy maximum security by maintaining a retinue of large convoys of police personnel for the protection of their families and estates. Not surprisingly, a convoy of vehicles—with sophisticated sirens accompanied with police escorts—has not only become a status symbol in Igboland, it has also emerged as the most common security alternative in the region. To that end, instead of public safety, the Eastern police contingent now focuses on the pecuniary opportunities in the convoy security model at the cruel expense of the vulnerable masses.

Every life matters. Moreover, the Igbo do not thrive on superficial politics. Therefore, instead of colluding with the police to promote convoys of individual security details, the South-East governors should harken to the yearnings of the masses and join their counterparts in the South-South zone by launching without further delay a true regional security network to stem the rising tide of crime in the entire East. “A stitch in time saves nine.”

SKC Ogbonnia, a 2019 APC presidential aspirant, is the author of the Effective Leadership Formula