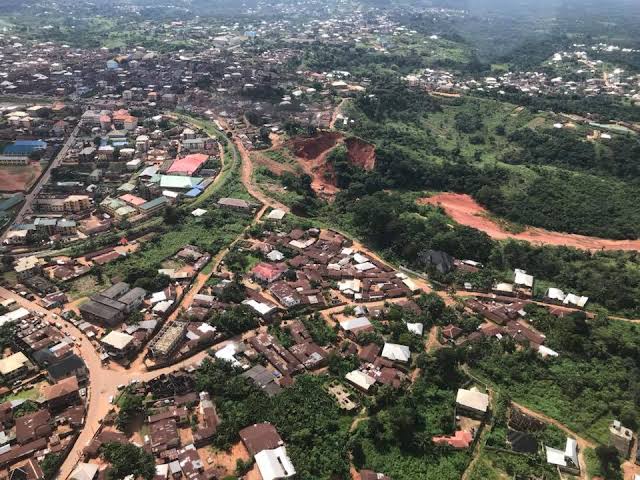 Three weeks ago, I found that Gov. Okezie Ikpeazu’s Umuahia after midnight transforms into a lion’s den for good people. The Abia State capital becomes a dark theatre where innocent people are accosted, robbed and sometimes killed.

Umuahia has become a stinking political swamp that Gov. Ikpeazu needs to drain before he leaves office in 18 months. He should do this for citizens who are no longer amused at what Abia has become under his watch.

On the streets of Umuahia, people I met judge his performance with a combination of pity and disdain. In the three days I spent in the state capital last month, I found that pity and disdain for the Governor has become the staple of conversation. I heard the people’s judgement delivered on street corners, in taxis, in my hotel lobby, in a few bars that I visited, and in virtually all social gathering that I attended.

Pity and disdain for “a sitting Governor” in Nigeria? It defies logical explanation.

Beyond the social gossip, my physical impression of the City of Umuahia was not at all salutary. It retains its rustic, provincial hue. I cannot say, for instance, that infrastructure development in Umuahia has progressed much from what I saw during the time of Gov. Orji Uzor Kalu.

In 2007 when I visited, OUK was winding up his second tenure and mulling the idea of a Presidential run. He had skillful managers who made the world believe that great things were happening in his state. Beyond the image shine, however, visitors felt the fast and frenetic pace of social life in Umuahia. There was also a nightlife, reflecting the social disposition of its garrulous mayor. And consequently, commercial activities boomed.

On the streets, however, OUK did not fool many people. But they judged him with a mixture of grudging admiration for his audacious policy moves, and a helpless resignation at how he personalised governance. One example was the intrusion of a certain “Mother Excellency” in the governance of Abia State. Nonetheless, none could ignore the “guyman” and the deft way he managed affairs of state, including constantly outsmarting rather than trying to do in his political opponents. He was a class act as Governor.

OUK’s success owed in part to the fact that he surrounded himself with capable hands, a few of whom he tapped from nearby states such as Imo and Anambra. Whether he gave them the freedom to perform was another matter.

The next time I visited Umuahia, after OUK, I met with utter confusion and a complete fiasco masquerading as governance His successor was a spectacle to behold. What seemed like a horde of thugs freed from prison – men and women alike – were conscripted to praise, sing, clap, dance and assault citizens along the paths that His Excellency walked. The frenetic pace of social life was accentuated but in a different, negative and frightful direction.

I went away with the impression that Umuahia under Sen. TA Orji was not a city that warmly welcomed visitors and tourists. I don’t know about investors. The ever-present specter of violence was enough to turn away potential visitors. This was my first and only visit during that infamous era; I couldn’t wait to get out fast enough.

Fastforward to three weeks ago when I paid another unheralded visit. If there’s something I least expected in Okezie Ikpeazu’s Umuahia after midnight, it was to hear pity and disdain expressed freely. And to find that nothing much has changed.

The Umuahia that I beheld was vastly different from the City of the two Orjis. The tempo of social life has cooled and nightlife completely disappeared.

I arrived the City by 11:45 p.m. on 12 November as a lone Umuahia passenger from Abuja. Everybody in the ABC bus felt sorry for me to be travelling so late to the city. I didn’t realize why until I disembarked at the Mission Hill terminal. I was shocked to hear that Umuahia is the only City in the Southeast region that currently operates a curfew, from Midnight to Dawn.

The attendants told me that in 15 minutes, Ikpeazu’s Umuahia after midnight transforms into a danger zone for pedestrians. Political thugs, kidnappers and ritualists prowl the streets after midnight in search of victims!

“So if you see any keke or taxi after midnight, chances ate that the driver is bad people.

“Anybody who is unlucky to fall into their net will have a sad story to tell. That is, if they managed to survive.”

The surprise for me was that, rather than get angry over this scandalous state of affairs, people on the streets feel only pity and disdain for the current governor.

The disdain comes from widespread perception that Ikpeazu is not the one in charge. They say two legislators – a federal and a state lawmaker – are the ones who dictate and direct policy. There are also talks that the people in charge could slap the Governor around, literally, and he would turn the other cheek. These are bar room gossip that I picked up, some of which are most likely exaggerated. But they do contain elements of truth, as I verified from multiple credible sources.

What I heard at Umuahia left me confused and angry.

Why does a governor not want to write his name in gold? The Southeast is not lacking in examples of governors who broke their godfather chains. Didn’t his predecessor break free from the man who made him governor while he was in prison? Ikpeazu can look up to Enugu (Sullivan Chime) and Anambra (Chris Ngige) for examples of how to dump an overbearing and malicious godfather and firmly face the people who voted them into office.

Many things may be late for Ikpeazu at this time. He cannot walk back on six wasted years. But there is one thing that is not late. Just as OUK and TAO did during their tenure, he needs to assert his authority now and seize control of the party structure. This will enable him pull Abia out of the grip of the godfathers. The goal should be to install a capable hand as successor.

He can sit back and vicariously enjoy the good governance that Abia yearns and the people will forgive him. He should not abdicate this responsibility to the stakeholders because the cost will be heavy in all ramifications.

Doing otherwise – allowing his oppressors make that choice of next Governor for Abia State – will drive the final nail into the coffin of infamy that he has been constructing for donation to history.

From Eko to Coal City for Christmas