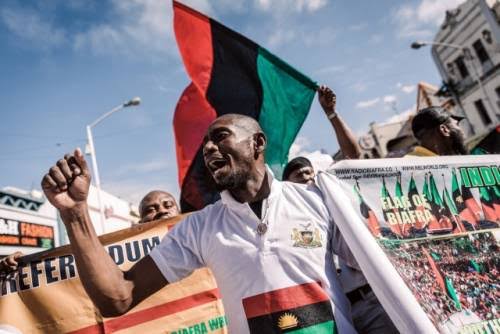 The separatist group, Indigenous Peoples of Biafra (IPOB), bows to public pressure and suspends sit-at-home Mondays in the South East.

Edoziem said IPOB now plans to force a sit-at-home only on days that Mazi Nnamdi Kanu appears in court.

“…as directed by the highest command …, Monday Ghost Town or sit-at-home in Biafraland, stands suspended for now,” he said.

”The weekly sit-at-home stands suspended, which means in the coming Monday, there will be no Ghost Town in Biafraland.

“Our sit-at-home will be on each court date when our leader, Onye Ndu Mazi Nnamdi Kanu will be appearing in court.”

IPOB had imposed an unusual directive for citizens living in the South East region to stay at home every Monday.

They hoped the measure would pressure federal authorities to release their leader, Mazi Nnamdi Kanu, who is facing a criminal trial.

Media reports indicated that the order forced a lot of tension and hardship on the citizens.

The action disturbed some and angered many citizens, including parents of secondary school students writing a crucial exit examinations.

Students in the South East missed the compulsory NECO subject, Mathematics, which was scheduled for Monday 9 August.

There were also questions about how the order aimed directly at two core issues that Igbos care most about – education and the business.