Anambra APGA on a deathbed? 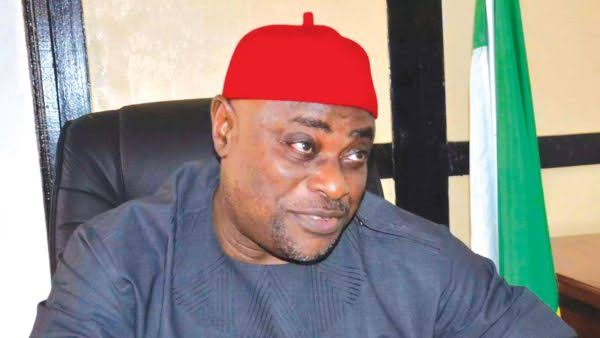 Sir Ralph Anyacho, a research analyst, wonders if Anambra APGA is on a deathbed and what will happen to it after its scheduled governorship primaries of Wednesday 23 June 2021.

It is doubtful if the nkea bu nke anyi is still compelling in the minds of Ndi Anambra. Public opinion rating of APGA as a ruling party has gone below average.

“Nkea bu nke anyi” is a slogan that has become inseparable from the All Progressives Grand Alliance – APGA. The nkea bu nke anyi concept has accounted for the fairly stable Anambra polity since the APGA took over the governance of the State in 2007. We all can recall the political brigandage that was visited on the State by persons who sought power at all costs and how the Almighty God saved the day. It has accounted for the modest development recorded in infrastructure, education, health and what have you.

Fast forward to 2021 Anambra State gubernatorial election. It is doubtful if the nkea bu nke anyi is still compelling in the minds of Ndi Anambra. Public opinion rating of APGA as a ruling party has gone below average. There is this perception of non performance by the government of Chief Willy Obiano. This perception stems from statewide abandonment of road projects, fallacious claim of successes in phantom programmes to hitherto no signature project being executed. Many Ndi Anambra are skeptical and unimpressed about the Anambra International Passenger & Cargo Airport and the International Conference Centre in their manner of execution. Questions arising from the airport project are: how much was spent, was the money budgeted for and appropriated in what fiscal year? These questions cast doubt in the minds of people and challenge the commanding position which APGA occupies in the State.

As the state gubernitoral election approaches, a number of political parties are strengthening positions to challenge APGA to the Agu Awka. The PDP after having learned their lessons are not out for jokes. The party is lining out formidable candidates rich in reputation, wealth, political and leadership experience whom the people may decide to try.

Months to the Primary, there has been upward rise in number of APGA members declaring their guber interest. Many of these people are not even good enough as PGs of their various communities.

The APC party is not a pushover either. With time tested Senator Andy Ubah and High Chief John Bosco Onunkwo, the rising star from Umuchu vying, the fight promises to be tough, moreso when the power at the centre decides to lend it’s weight.

With APGA primary scheduled for Wednesday June 23, possibilities are that it can make or mar its chances by the decisions the delegates make. Months to the Primary, there has been upward rise in number of APGA members declaring their guber interest. Many of these people are not even good enough as PGs of their various communities.

Analysts therefore, warn that the only way the APGA can redeem it’s image and stand a chance of retaining power in the state is by electing a world class personality whose stature and trust worthiness can compensate for the failures of Obiano. A personality that has vast development economic background, who understands the politics of Nigeria, who has vision and can lead impatient and restive Anambra youths to navigate contours of economic, social, technological and the industrialization frontier. Any thing short of fielding a star personality, the bell will toll for APGA.

Beyond quota in presidency quest by the Southeast