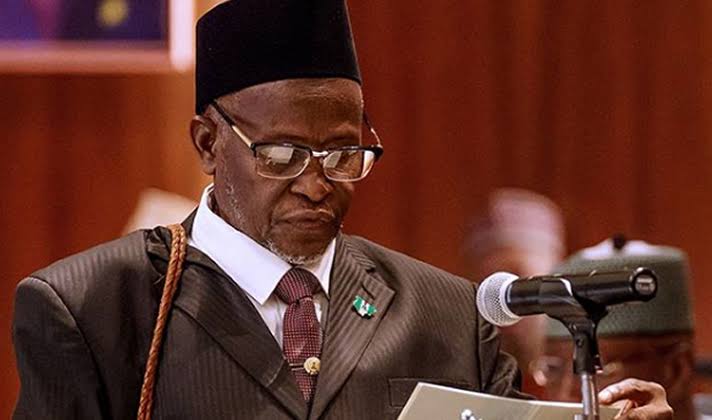 Muhammed had invited chief judges from six states where embarrassing conflicting ex parte orders were recently issued on Anambra elections and other issues.

Ex parte motions are usually granted to a party that applies to it without necessarily contacting the opposing party in a suit.

Chief Judges of Rivers, Kebbi, Cross River, Jigawa, Anambra, and Imo, in addition to that of FCT came to the meeting.

NJC spokesperson, Mr. Soji Oye, said in a statement that the meeting lasted all day.

“Each of the CJs present was separately quizzed personally by the CJN for over an hour before he later read the riot act in a joint session with all of them,” the statement said.

The Chief Justice reportedly told the judges that “a damage to one jurisdiction is a damage to all.”

“We must, therefore, put an end to indiscriminate granting of ex parte orders, conflicting judgements or rulings occasioned by forum-shopping.

“Your job as Heads of Court is a sacred one, and it, therefore, includes you vicariously taking the sins of others.

There must be an end to this nonsense.

Muhammas asked the Chief Judges to henceforth take up the responsibility of personally assigning political cases.

Three judges who granted conflicting ex parte orders have been queried and invited to face a disciplinary panel of the NJC.