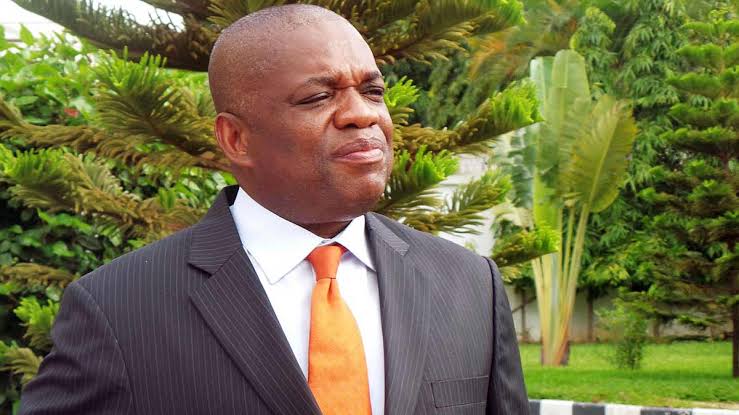 Senator Orji Uzor Kalu bemoans hypocrisy of Southern politicians other than Southeasterners angling to become president of Nigeria in 2023.

He labelled their ambition as “inordinate” and asked that they consider the justice and fairness of their quest.

In a well-articulated essay, the Senate Chief Whip lashed out at Southwest and South-South politicians aspiring to rule in 2023.

He warned that their declarations will ultimately work against the South and give advantage to the north which has the stronger voting strength.

“The two regions that are yet to produce a President are South East and North East.

“If this means anything to Nigerians, the APC and PDP should be fair enough to prioritize these regions.

“If power should come to the South and not the South East or North and not the North East, the essence for which the six geopolitical zones were created is long dead,” he warned.